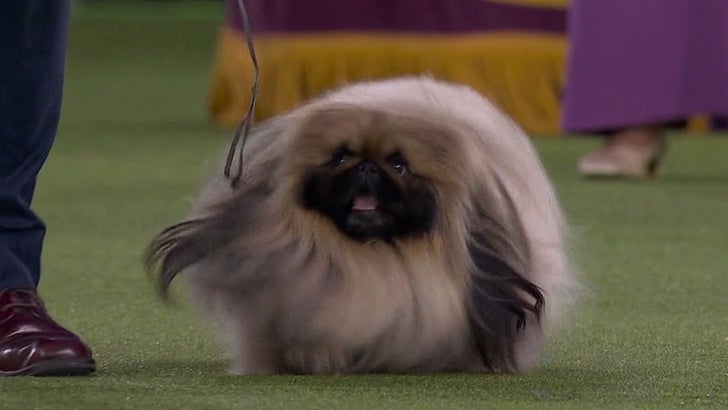 A Pekingese named Wasabi hotdogged his way to Best in Show at the 2021 Westminster Dog Show … following in the footsteps of his doggone brother!!!

It’s a pretty incredible feat, but Wasabi’s owner and trainer, David Fitzpatrick, already boasts one Best in Show winner … his other Pekingese, Malachy, won the event in 2012.

But, Sunday’s event was all about 3-year-old Wasabi, who flaunted a “proper Pekingese gait” that looks “like a goldfish moving through the water” … according to the announcers.

Wasabi beat out 6 other group winners to take the top prize, with Bourbon the whippet coming in second.

There was also another very famous dog owner involved in the competition at the second-oldest continuous sporting event in the U.S. (behind the Kentucky Derby) … Barry Bonds!!!

MLB’s all-time home run leader’s miniature schnauzer Rocky was in the mix, and although the good boy didn’t win … Barry was a proud dog dad for sure.

One more historical note — this year’s event was held at the Lyndhurst Estate in Tarrytown, New York, and not Madison Square Garden … where it has been held every year since 1877. The move was the result of the pandemic.

Fitzpatrick says in celebration of the historic win, he had some champagne … and Wasabi got a filet mignon.