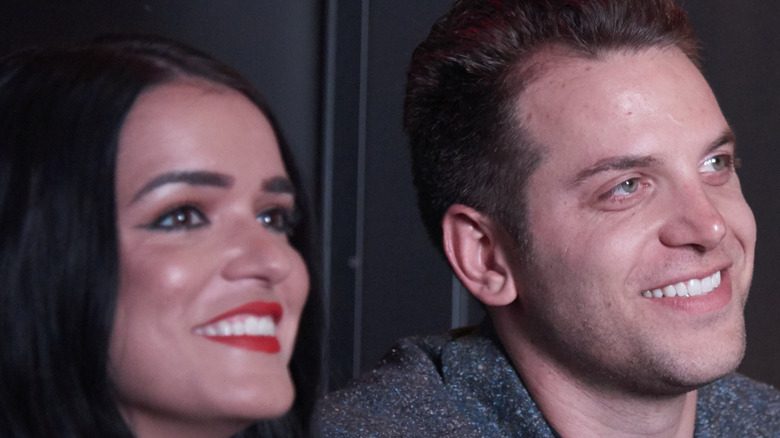 In April, Raven Gates finally walked down the aisle to marry Adam Gottschalk. The wedding came after four years of dating and three COVID-related delays, according to People, but for Adam and Raven, it was worth the wait. The pair first met on the sandy beaches of “Bachelor in Paradise”, and while Adam waited until the show finished filming to pop the question, they’re still considered a Bachelor Nation success story.

They were an unexpected pairing to some, but Raven reports that she and Adam had the most important parts of a relationship in common. “We’re so completely different in every way,” she said. “He’s type A, I’m laid-back. He’s a city boy, I’m a Southern girl. But we have common values. And I think our differences have made us better people.”

The couple was happy to share all the details of the wedding, from the Southern-inspired food to the three-tiered pistachio cake to Raven’s three different Watters gowns (via People). After all, fans are invested after watching their romance bloom on TV. But Raven and Adam drew the line when it came to televising the ceremony, after the experience of two former contestants. 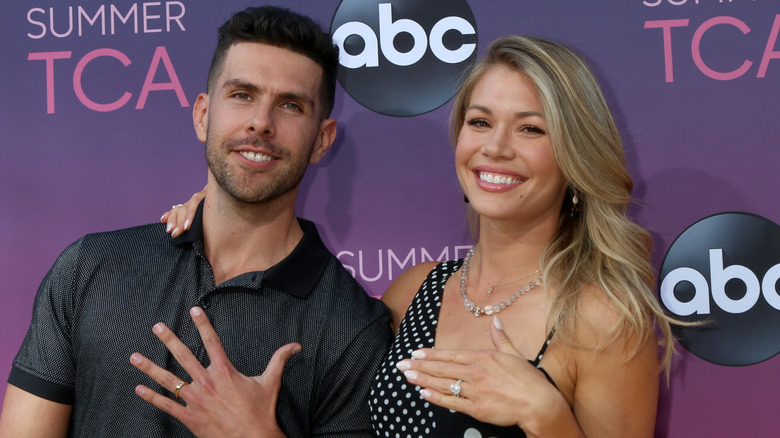 Any doubts Raven and Adam had about whether to have their wedding on “Bachelor in Paradise” were quickly confirmed after they attended the ceremony for Chris Randone and Krystal Nielson. But Raven assured US Magazine that it was nothing personal, saying, “That has nothing to do with Chris or Krystal. I really, really love them both and wish, you know, they would have worked out.”

She went on, “There’s a lot going on and, you know, it’s still a show; you still have to perform. And I don’t know if we would have had such creative direction of our own had we had a ‘Bachelor in Paradise’ wedding. And also, I don’t want to share my day with like other people going on dates. I don’t know!”

Considering that the “Paradise” episode featuring Chris and Krystal’s wedding also featured a fight between John Paul Jones and Derek Peth (via ET), it seems like Raven and Adam probably made the right call. Instead, the pair shared an intimate ceremony that combined their Christian and Jewish beliefs with under 20 family members in attendance (via People).