'The Andy Griffith Show': Why Did Ron Howard Leave the Classic Sitcom?

Ron Howard may be famous as an Oscar-winning director, but he’s best known for playing Opie Taylor on The Andy Griffith Show.

Here’s how the actor ended up leaving the 1960s classic comedy.

By 1968, The Andy Griffith Show was winding down. Griffith and his namesake show’s producers felt that once the show ended, spinoff series Mayberry R.F.D. seemed the most natural course to take.

Ron Howard remained on Griffith throughout its eight seasons on CBS and revealed in The Boys, his recent memoir with his brother Clint, that “when the show wrapped its eighth and final season in 1968, it was downright destabilizing.”

On top of that, while the show was still a favorite with audiences, Andy Griffith announced he would serve as an executive producer but not as a cast member of the new series. Other actors from the Griffith Show, however, decided to stay.

“We were going out on top, literally — the ’67-’68 season was the first in which we were the number one show in the Nielsen ratings, drawing 35 million viewers a week,” Howard wrote. “Some of my castmates, such as Frances Bavier and George Lindsey, were going to continue on with the Griffith show’s sequel series, Mayberry R.F.D., in which Ken Berry took over the lead role.”

The A Beautiful Mind director shared in his book that the show’s wrap party was emotional for him, and understandably so. Howard had spent his formative years on the show’s set and saying goodbye was no easy task.

“We had a big wrap party at Desilu to celebrate the end of our show’s massively successful run,” he continued. “CBS pulled out all the steps … All the men and women with whom I had worked since the age of 6, in front of and behind the camera, were there. I was 14 and determined not to cry.” 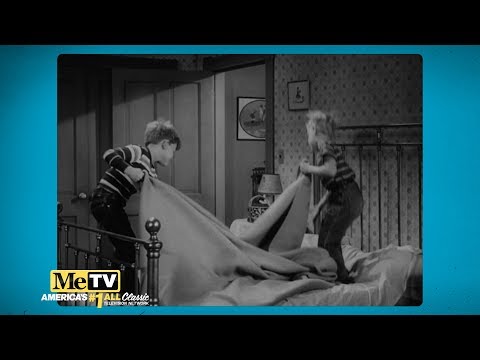 The former Happy Days actor admitted that once Griffith got up and thanked everyone for their hard work, it became more difficult for him to keep from crying. The show’s star told the crowd that it was they who had made Mayberry a real town and had given life to his own North Carolina childhood.

At that, the Opie Taylor actor, “started to lose the emotional battle. Andy’s words jolted me, making me recognize something I had not yet come to terms with. My boyhood had taken place here, on this soundstage. Now it was coming to an end—or at least a major chapter of it was. I lost it—I started weeping inconsolably in front of everyone. It was so embarrassing.”