Even though she claimed to have "not a lot going on at the moment" earlier in 2020, Taylor Swift came out on top with two album releases, a Disney+ special, and a few Grammy nominations. 2020 was her year, so when you scrolled by Taylor’s Swift’s 2021 New Year’s Eve bear photo on the ‘Gram, you may have been a bit confused. Instead of wearing a mirrorball-like dress or sippin’ on some champagne, Swift decided to end the year wearing a faux bear skin costume with the caption "bye 2020, it’s been weird."

The post was definitely not what you would have expected from the "willow" singer, but she has been the queen of unexpected surprises lately. If you’ve learned anything from following the Swiftie fandom over the years, you know that any post could be an easter egg or hint at new music to come. Some fans theorized on TikTok that the bear costume could be a reference to the "We Are Never Getting Back Together" music video, and a hint that she’s re-recording her Red album right now.

Other fans could only think of one thing when looking at the Instagram photo: Midsommar. If you haven’t seen the 2019 horror film starring Florence Pugh, you might not get the reference right away. In the film, Pugh’s character attends an eerie festival in Sweden with her boyfriend. At the end of the movie, he wears a bear skin that is similar to Swift’s. The comparisons started happening so much on Twitter that #midsommar started trending.

There were even side-by-side comparisons of Swift in her bear costume with Ariana Grande in her Midsommar-esque floral look.

TBH, there’s no denying the cozy look bears a striking resemblance to one of Midsommar‘s most iconic shots. 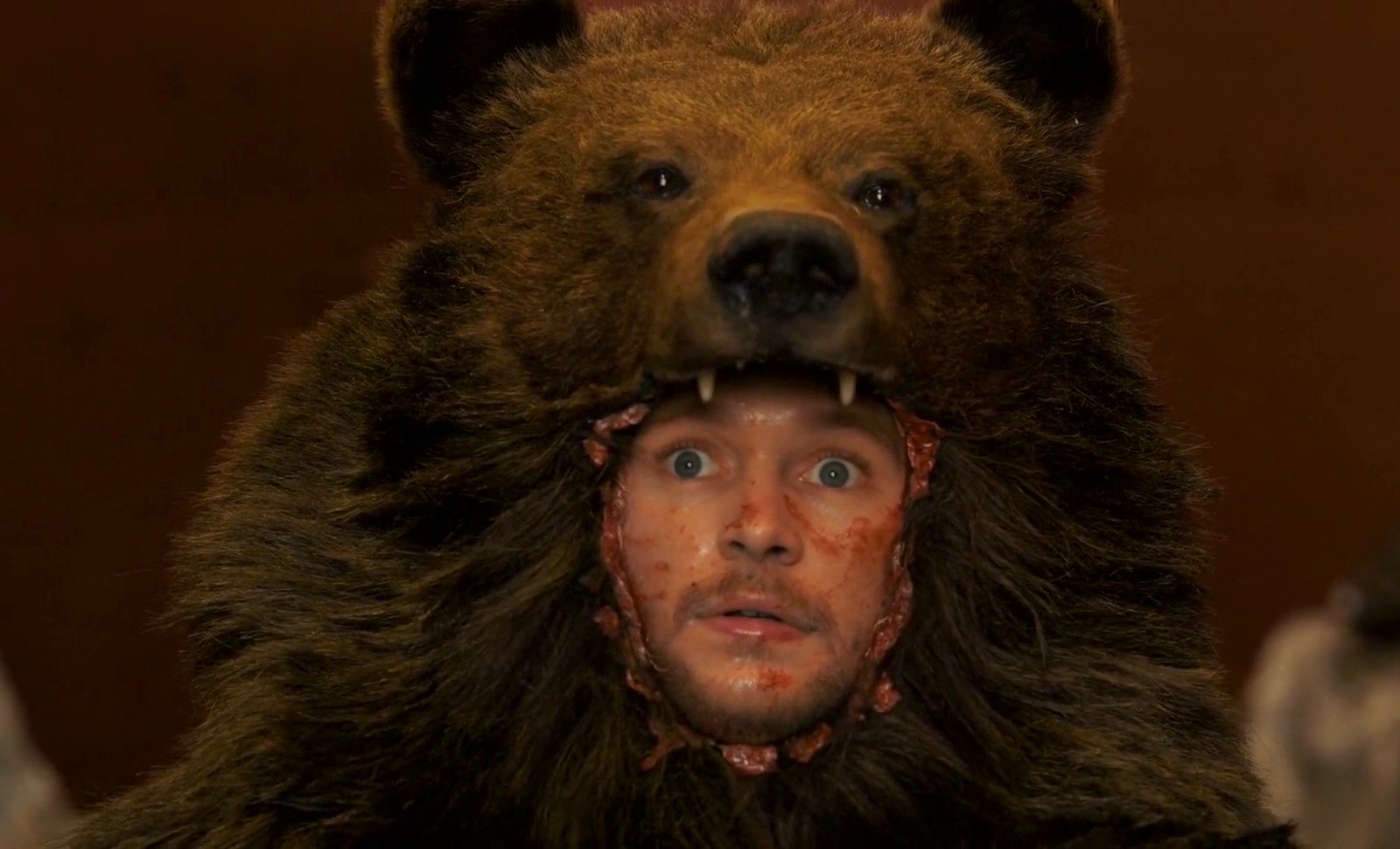 Some fans even combined the album theories with the Midsommar references to conclude that the next album would be based on the film.

One fan took it a step further and did the math to figure out when Swift might release this theoretical third album.

Then, there was one fan who didn’t see Midsommar at all, but Workaholics instead.

Whatever you end up seeing, there is no denying that Swift already had a very Midsommar vibe going on with her cottagecore album, folklore, in the summer. Then, she released the sister album, evermore, around her birthday, so it just makes sense to round out the year with a beary good look straight from the woods.

It could also just be a unique way to say goodbye to 2020. After all, if you had a cozy bear coat to wear as loungewear while working from home, you’d probably wear it whenever you could. Though, when it comes to Swift everything seems planned, so we’ll just have to wait and see what she has in store for 2021.

Related posts:
Kim Kardashian, Lizzo, Megan Thee Stallion and more stars put 2020 behind them as they show off their butts
Twitter Reacts to Mariah Carey Hearing J.Lo’s New Year’s Eve Performance During an Interview
Popular News
Elvis Presley's Classmates Considered Him 'Trashy' In School
16/01/2021
Man Utd wonderkid Ramon Calliste, called ‘the next Giggs’, now owns luxury watch business and makes £5m a year – The Sun
26/03/2020
Megan Thee Stallion Addresses Criticism Over Twerking: ‘I Love to Shake My A**’
26/03/2020
Police guard shops to stop coronavirus panic-buyers and enforce social distancing – The Sun
26/03/2020
Coronavirus: Good Morning Britain’s Dr Hilary reveals ‘game-changing’ self-testing kit
26/03/2020
Recent Posts
This website uses cookies to improve your user experience and to provide you with advertisements that are relevant to your interests. By continuing to browse the site you are agreeing to our use of cookies.Ok