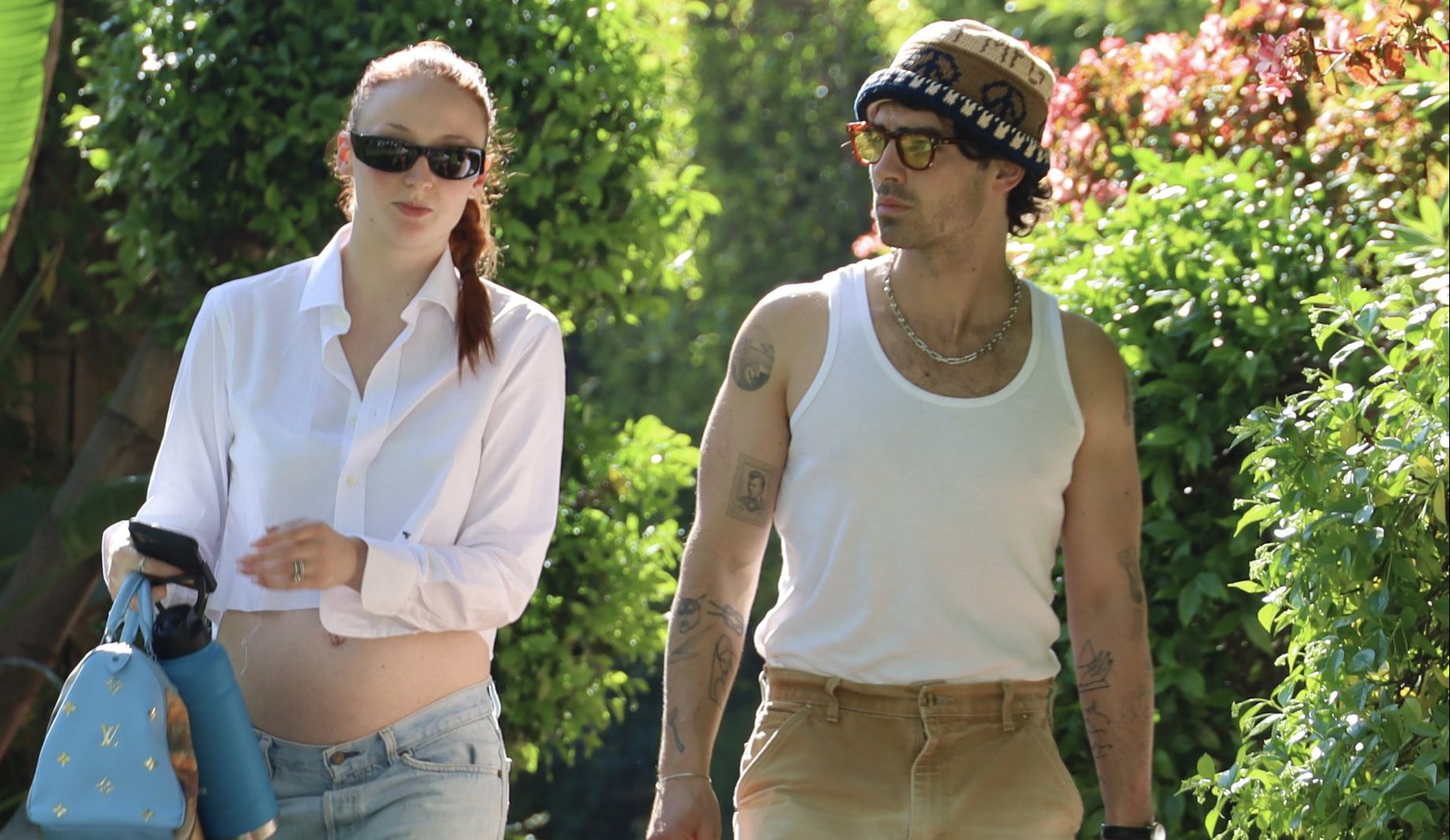 Sophie Turner has bared her stomach while on a romantic walk with her husband Joe Jonas in the bright Californian sunshine.

The husband and wife duo looked relaxed and perfectly complemented one another in matching outfits as they strolled through Los Angeles on Saturday.

The Time Freak star, 26, had her long red hair in a tight single braid at the back of her head, which she flicked elegantly over one shoulder.

She also had a white shirt button-down cropped shirt that she wore loosely open to reveal her stomach.

Alongside this, she donned some stone-washed jeans and green Nike sneakers. Finishing off her look, she carried a blue Louis Vuitton handbag, as well as protecting her eyes with a pair of black designer sunglasses.

Joe’s outfit echoed that of his wife’s. He wore a white tank top, with a knitted hat adorned with peace symbols.

The Jonas Brother singer, 32, wore a pair of red-framed and yellow-tinted glasses, relaxed silver jewellery, and his tattoos were on full display. On his fingers, he sported blue-silver nail varnish.

The couple, who reside in Hollywood, had their first child Willa in July 2020, after celebrating their wedding with all-star nuptials in 2019.

Joe has previously raved about fatherhood in an interview he gave to CBS. Speaking to the outlet, he said that being together at home during the pandemic was ‘amazing’.

He added: ‘It’s been forced time at home — I’m always on the go, I’m always moving and traveling and touring.

‘To be in one place for a solid amount of time and having my feet on the ground and be with my family, my immediate family, is time I don’t think I’ll get back. I’m so thankful and grateful.’