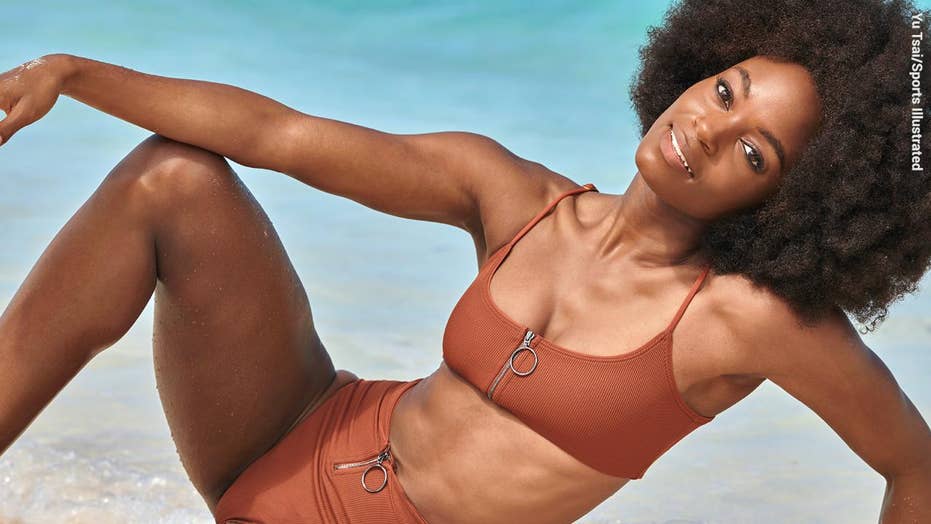 EXCLUSIVE: It was 2019 when Tanaye White decided to quit her job and participate in her first Sports Illustrated Swimsuit model search. Since then, she has come out on top.

The 28-year-old along with fellow model Kathy Jacobs were recently named the 2020 Swim Search winners, securing a spot as a Rookie in the 2021 issue. The Georgetown graduate is also highlighted in the current issue, available on newsstands now, which features Olivia Culpo, Jasmine Sanders and Kate Bock as this year’s coveted cover girls.

White spoke to Fox News about why she was initially nervous to rock her natural hair, the dramatic moment she saw herself in the magazine for the very first time, the grueling way she got in bikini-ready shape and how she wants to use the power of social media for good. 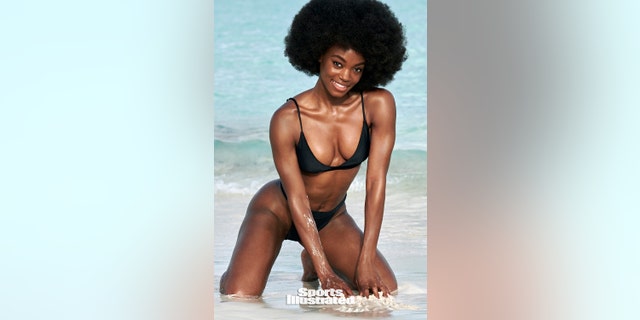 Fox News: How does it feel to be officially part of SI Swimsuit’s 2020 issue?
Tanaye White: It means a lot of things for me. My childhood dream has been fulfilled. I feel like so many girls, you know, as a child, we always dream of gracing the pages of Sports Illustrated. So I think that it's like a childhood dream come to life.

And also, I really feel so honored to be a part of this magazine as a dark Black-skinned woman with an Afro. It's something that we haven't seen in the magazine too many times before. And so I love that, especially given the times we're in right now, that I can really represent and, you know, show up and show out for my Afro girls.

Fox News: Many readers on social media have said, “Finally, someone who looks like me.” How does it feel to read those comments?
White: It makes me want to cry, honestly. Because I 100% understand what they mean by that… I think that we still have a long way to go and up the volume. We have Anita Marshall who’s in this year’s issue and she’s wearing braid. We’ve had Ebonee Davis who also has an Afro – [someone] I really admire because I see myself in her. And then, of course, we have the legendary Tyra Banks. 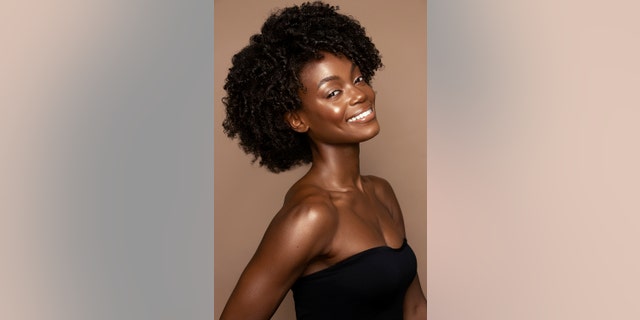 I think that a lot of women who don’t typically see themselves are just looking for more. I feel like Sports Illustrated is definitely pushing that envelope. They've been doing it for years. And I think that now, especially with natural hair is so much more accepted than it has in past years, I think that it really touches women who may have the same background.

Fox News: What was it like shooting in Turks and Caicos?
White: I don't mean to sound cliche, but it really was the best experience ever. Like no issues. The entire editorial team was there. And it was just a lot of great energy… At first, I was a little nervous because you know, you're working with Yu Tsai, who’s world-renowned… So I thought, “This is my moment, Let me not mess up.”

And so I think that my first couple of takes in the water, on the beach, I definitely had to shake my nerves a bit. But once I got into a groove, I was joking around with Yu Tsai. [Editor-in-chief] M.J. [Day] showed me a few of our first photos. I was like, “Oh yes, we got this!” *laughs* And then from there, I just really wanted to perform my best and kill every look. 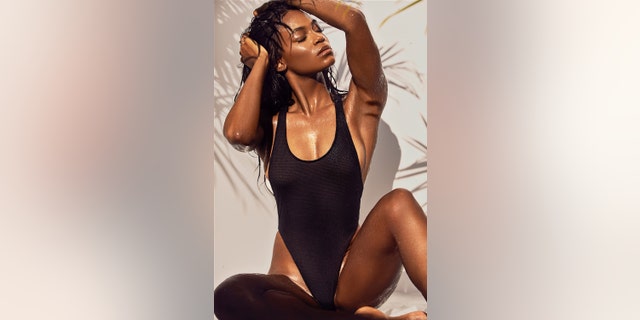 Fox News: What was your reaction when you finally saw those photos for the first time?
White: I was in Barnes and Noble. I was crying on the floor in the middle of Barnes and Noble. It was a shock to me personally, because I was just expecting to have a one-pager… I wasn’t expecting to have two pages. So when I opened up the magazine and you see me front and center, I just lost it.

Fox News: How did you physically prepare for your shoot?
White: One of the things I took up, which was really a challenge for me because I’m literally the most inflexible person you will ever meet – I started doing hot yoga. I would wake up at 6 a.m. – mind you, I am not a morning person. It was so hard. I would get up, go to the 6:30 a.m class and sweat for dear life. While I was in a room full of really experienced yogis, I was struggling. But I really wanted to push through… You’re sweating in places you didn’t even know you could sweat,

Fox News: How important was it for you to embrace your Afro in this issue?
White: It was huge for me… I really wanted to make a point and wear my natural hair. I wanted to represent my full, 100 percent self. I really took it into consideration. I was a little concerned and hesitant because we don’t see that many Afros, not even just in Sports Illustrated, but in magazines in general, in the media in general, the industry in general. And so I was hesitant. 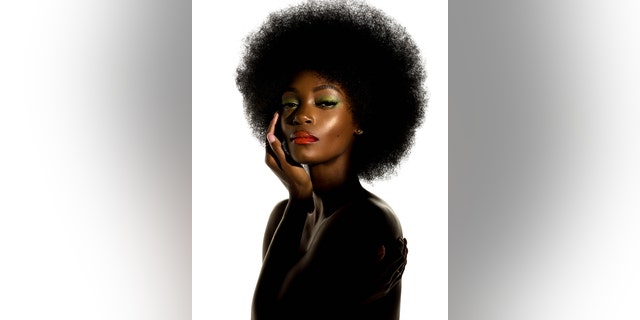 I was like, “Is this going to be received by their audience?” For me, if I were a young girl looking at this magazine, I would want to see myself. And growing up, I did not see myself. And so, I wanted to be my 100 percent self in the fold.

Fox News: What does it mean to be a Black woman on the pages of Sports Illustrated in 2020?
White: I think especially given the times we’re in, we’re having a lot of conversations about diversity and inclusion – authentic diversity. It’s not just your models, it’s also the people behind the lens, the editorial team. And so I think that because we're having these conversations more openly and publicly, brands are really acknowledging where they may have faltered or maybe where they're doing really well and are proud of it.

I love the fact that I could be in the middle of these times, represent Black women, represent brown skin, represent natural hair. I think it's something that we need to see more of. Even though the industry is definitely taking a lot of steps forward to make sure that they really are harnessing what it means to be truly diverse, we still have a long way to go. And so I feel really proud to be one of the models [in this magazine]. It’s such a large publication to push that forward. 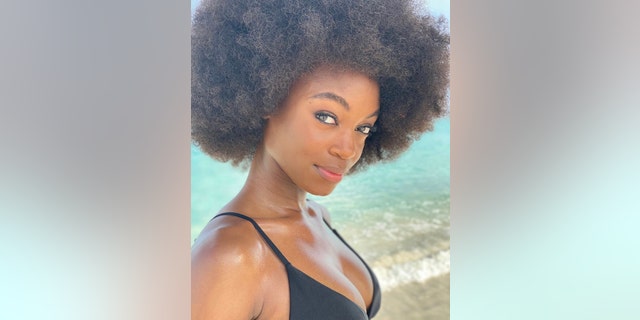 Tanaye White was shot by Yu Tsai in Turks and Caicos.
(Photo Courtesy of Tanaye White)

Fox News: How has your life changed once you made it on the pages of SI?
White: Honestly, the positive feedback I’ve gotten has been surprising, to say the least. I know it feels good to be in the magazine but to see so many people say, “I saw you in the magazine and I love it” – I just feel like I’ve really inspired people. That’s probably the best feeling I’ve gotten out of all of this.

Fox News: What would you like to accomplish next?
White: Mental health is something that’s really near and dear to me. And with this platform that I have now, I really want to speak about the importance of taking care of your brain, your mind, your spirit and your aura as well. I'm a person who, as a teenager, I suffered from depression and I actually did lose a close friend to suicide. In college, I had started an advice column for depressed and suicidal teenagers and young adults. It's no longer active, but I would love to bring that back.

But in the meantime, I use my social media platforms to champion taking care of your health. You know, taking a break from social media, because it's not always healthy to be scrolling all the time. Just really be centered with yourself. Everything looks beautiful on the outside, but sometimes we go through stuff. And I love to keep it right. I really try to be as honest and authentic as I can outside of just being a model.

Related posts:
Jacqueline Jossa flaunts unedited curves as she strips to bikini for honest snap
Jade Thirlwall confrms insanely exciting news for Little Mix fans
Popular News
'The Flash': Grant Gustin and Candice Patton Teased More Barry and Iris in Season 7
30/09/2020
Man Utd wonderkid Ramon Calliste, called ‘the next Giggs’, now owns luxury watch business and makes £5m a year – The Sun
26/03/2020
Megan Thee Stallion Addresses Criticism Over Twerking: ‘I Love to Shake My A**’
26/03/2020
Police guard shops to stop coronavirus panic-buyers and enforce social distancing – The Sun
26/03/2020
Coronavirus: Good Morning Britain’s Dr Hilary reveals ‘game-changing’ self-testing kit
26/03/2020
Recent Posts
This website uses cookies to improve your user experience and to provide you with advertisements that are relevant to your interests. By continuing to browse the site you are agreeing to our use of cookies.Ok