“Shanna’s moved on from Travis, but it’s been hurtful that everything he’s doing for Kourtney he did before for her, like the plane flying overhead, the flowers. It’s all exactly the same,” a source tells People. “Shanna and Travis are cordial with each other and are friendly — they have a long history together. Again she’s moved on from Travis and has her own boyfriend and life, but this is just hurtful to her.” 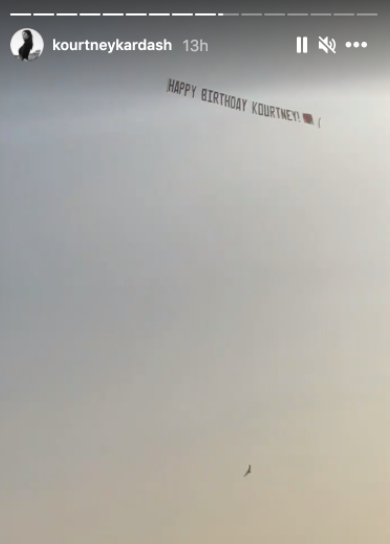 Apparently, Shanna is also slightly uncomfortable with Kourtney buying her kids gifts. “Shanna of course wants her children to get along with their father’s girlfriend,” the source says, adding that “she feels uncomfortable” with the lavish gifts because “Shanna isn’t as rich and can’t compete with that.”

Meanwhile, Scott Disick is also in his feels right now, with a source telling People that he “has struggled” and “has been jealous” of Kourt’s relationships in the past, but “With Travis, he is struggling even more. Before Travis, Kourtney’s relationships were never serious. It was more like flings. With Travis, it’s different.”

You love all the deets on celeb news. So do we! Let’s overanalyze them together.