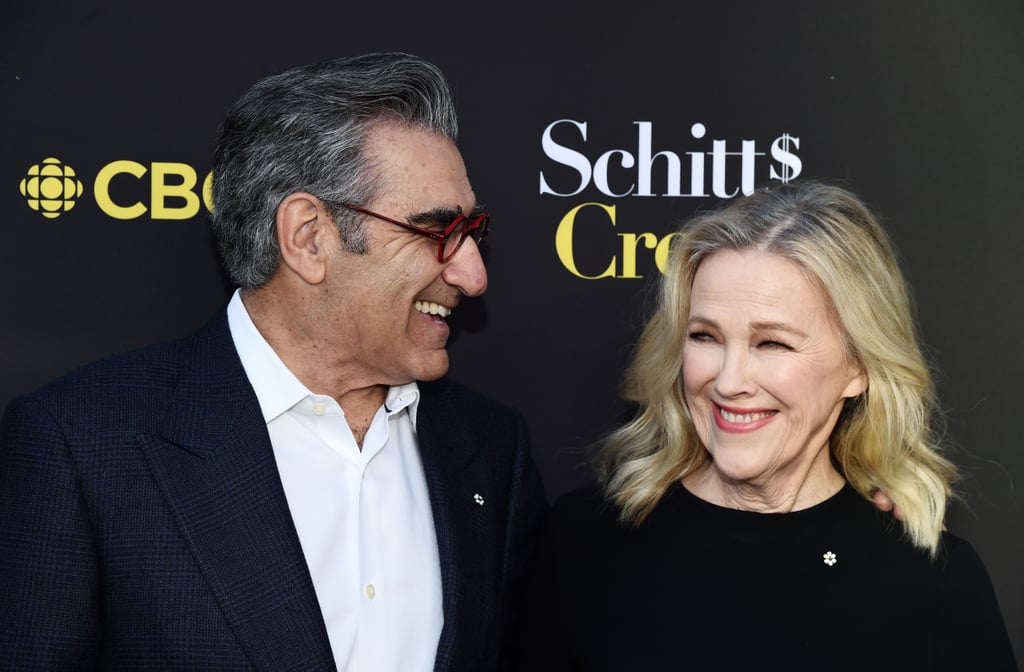 Fans of the cult-fave comedy Schitt’s Creek know Eugene Levy and Catherine O’Hara as beleaguered former video store mogul Johnny Rose and his delightfully dramatic wife, Moira Rose. The CBC/POP comedy isn’t the first time the duo have worked together, though. They’ve worked together since the 1970s (when they met as young comedians) and starred opposite each other in multiple movies, including Best in Show and For Your Consideration.

Schitt’s Creek is officially coming to an end after its sixth season in April, but it won’t be the end of Eugene and Catherine’s work relationship. The two are currently working on an animated short titled The Beast, Heroes of the Wildfire. It’s a sweet continuation of a decades-long friendship — check out some of their best moments together in the gallery ahead!