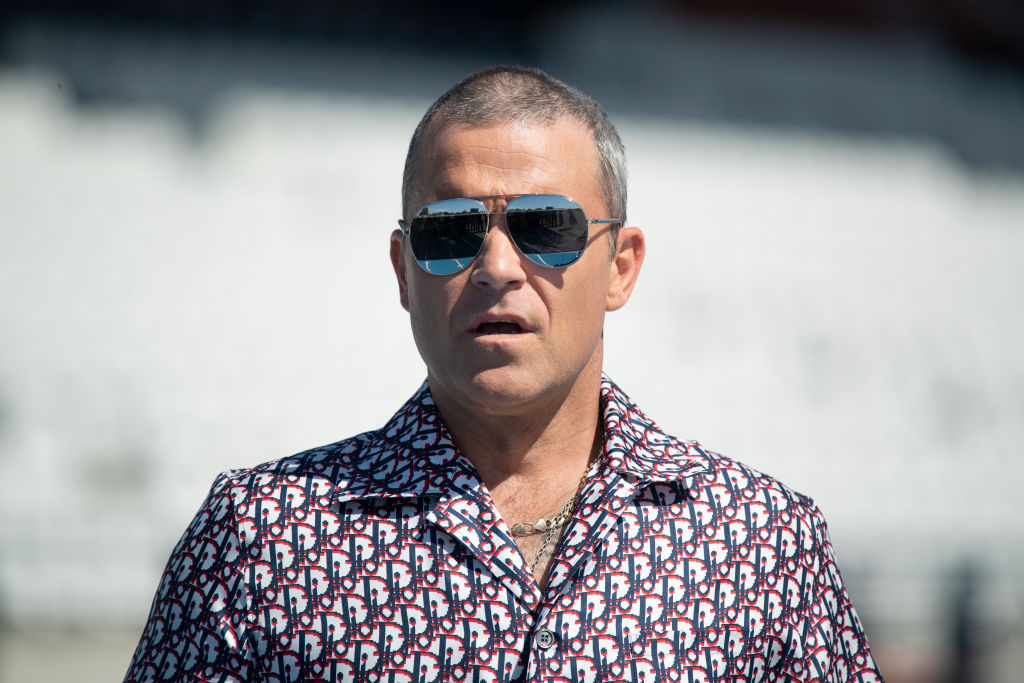 Robbie Williams has reportedly put his ‘haunted’ Wiltshire mansion up for sale as he plans a move to Switzerland with his wife Ayda Field and their four children.

The singer bought the eight-bedroom property in 2008 and has spoken in the past about how it ‘gives [him] the creeps’, particularly his daughter Teddy’s room.

A source told The Mirror: ‘Robbie was in a different phase of his life when he bought Compton Bassett House.

‘It seemed like an idyllic hideaway in the English countryside but he never really felt at home there.

‘In a matter of months he realised it wasn’t where he and Ayda wanted to settle.’

The Angels singer is said to be ‘reshuffling his property portfolio’ since deciding to buy in Switzerland.

‘We have got a very, very old property – it is like a thousand years old,’ Robbie said of the Wiltshire pile on Instagram Live.

‘There is one room that I am suspicious of. It gives me the creeps. Teddy, our daughter was sleeping in there. She doesn’t any more.

Robbie and his family, including kids Charlton, Coco and Beau, lived in Geneva for six months in the summer amid the coronavirus pandemic to make sure they wanted to live there permanently.

It was previously reported that his new swish Swiss pad cost £24million, with the Take That star apparently ‘delighted’ with their home.