A Maryland hotel magnate and a Swiss billionaire have made a bid for Tribune Publishing Co. that the newspaper chain is expected to favor over a takeover deal it already struck with hedge fund Alden Global Capital LLC.

A special committee of Tribune’s board has determined that a roughly $680 million, $18.50-a-share bid submitted late last week by Choice Hotels International Inc. Chairman Stewart Bainum and Hansjörg Wyss is reasonably likely to lead to a proposal that is superior to Alden’s $635 million deal, people familiar with the matter said. That is legal deal-speak indicating Alden may need to raise its bid or risk losing the deal.

The decision came after the two men indicated they plan to personally contribute more than $600 million combined, up from a previous total of $200 million, the people said.

Now that the group has submitted a fully financed bid, it will get access to private financial data to conduct due diligence and negotiate other terms, a big step toward completing an agreement that could replace Alden’s, they said. There is no guarantee the group will succeed in doing so, and it is still possible it could change its offer or walk away after reviewing the company’s finances.

If Alden loses the deal, it would mark a stunning, 11th-hour turnaround for the New York hedge fund, and a major victory for critics who say its model of aggressive cost-cutting has hurt the local news industry. Alden had spent nearly a year-and-a-half positioning itself to take over Tribune, publisher of nine large-market daily newspapers including the Chicago Tribune, New York Daily News and the Baltimore Sun. 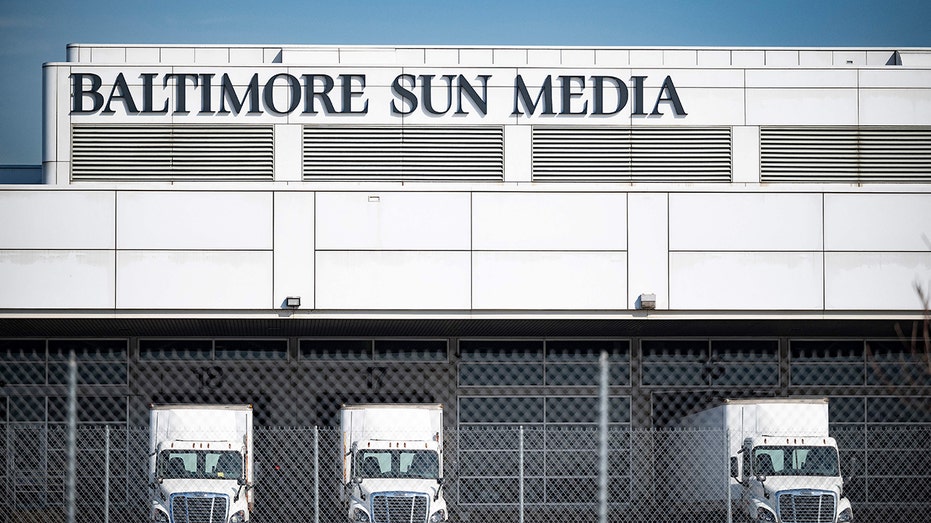 A Maryland hotel magnate and a Swiss billionaire have made a bid for Tribune Publishing Co. that the newspaper chain is expected to favor over a takeover deal it already struck with hedge fund Alden Global Capital LLC. (Photo by JIM WATSON/AFP via Ge

Alden struck a deal in February to pay $17.25 per share for the rest of the company. It had agreed to separately sell Bainum the Baltimore Sun for $65 million once the Tribune deal was finalized. That side deal fell apart over disagreements about the cost of continuing services the Sun would have received from Tribune after the sale.

Alden owns a newspaper company called MediaNews Group that has amassed a portfolio of about 70 daily papers through a string of acquisitions, most notably the Denver Post, San Jose Mercury News and St. Paul Pioneer Press. The hedge fund has been a lightning rod for criticism in the media industry for aggressive cost-cutting at titles it acquires.

Over the past decade, it has slashed newsroom staff by more than 75% at many of its papers, according to the News Guild. At one paper, the Norristown Times Herald in Pennsylvania, the newsroom went from 45 in 2012 to just five today, the union said.

That approach helped lead to the rival offer, with reporters at several Tribune papers launching campaigns to find alternate bidders. Wyss, who founded a medic Bainum after reading such a plea from reporters at the Chicago Tribune.

As is typical, the Tribune board has continued to recommend Alden’s deal to shareholders and will do so until another proposal is officially deemed superior. Assuming that happens in the coming weeks, Alden would have a four-day window in which to match the counterbid or walk away with a breakup fee.

The agreement stipulates that it would be owed $20 million if Tribune scraps their deal in favor of another. In that case, Alden could also make a profit on its 32% stake in the company.

On March 16, Bainum made a nonbinding offer of $18.50 a share to buy Tribune that was conditional on him being able to raise the financing. He agreed to put up $100 million of his own money for the effort and Mr. Wyss later committed an additional $100 million with the intention of ultimately taking control of the Chicago Tribune.

People close to Bainum have said that he has long been saddened by the decline of the Sun, his hometown paper. He has said that if his bid is successful, he intends to ultimately hand control of the paper to a nonprofit trust.

Florida investor Mason Slaine, who holds a 3.4% Tribune stake, had expressed interest in joining the effort in order to acquire the publisher’s Orlando Sentinel and Sun Sentinel in Fort Lauderdale, but isn’t part of it, the people said.

Public company bidding wars, typically a rare phenomenon, are popping up frequently this year, partly because of sky-high valuations that leave a limited number of attractive acquisition targets and low interest rates that make financing cheap and abundant.

Last week, a pair of private-equity investors agreed to boost the price for transportation-technology company Cubic Corp. after an interloper emerged. Laser maker Coherent Inc. was the subject of a frenzied three-way bidding war that ended in a nearly $7 billion deal last month.