Virgin Group founder says the Russians are no longer fighting hand-to-hand combat, they are now ‘leveling cities’ on ‘The Claman Countdown.’

Virgin Group founder Sir Richard Branson reveals why he chose now to visit Kyiv, Ukraine, the target of Russia's aggression, and if he would ever approach Vladimir Putin Friday on "The Claman Countdown."

SIR RICHARD BRANSON: I wanted to understand better exactly what was happening. I went in 2014 after the first invasion by Russia. I’ve kept in touch with Ukraine since. I was concerned that the West is still not doing enough. Having been there, seen the devastation, talked to the foreign minister [Dmytro Kuleba], talked to the president [Volodymyr Zelenskyy], I realize that the West the civilized world, Europe and America and South Korea and other countries like that. We’ve pledged a lot, but we’ve just got to ramp up our support.

If we don’t get the weapons there quickly, Russia will continue its relentless march into Ukraine. It won’t just be east Ukraine and the ports that go, it will be a lot of the west of Ukraine and, ultimately, the whole of Ukraine, and it’s going to cost a fortune to push them back out again. So now is the time that we’ve just got to get enormous supplies of weapons there so they can hold the line. 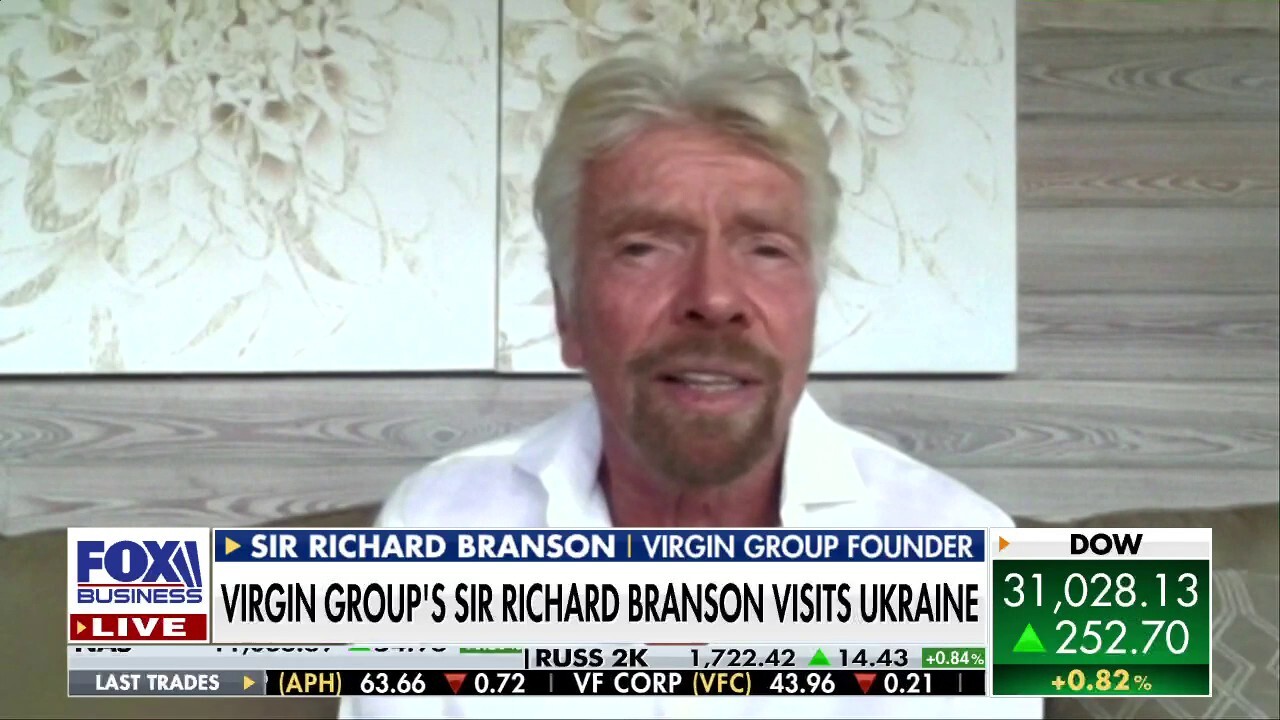 Virgin Group founder tells ‘The Claman Countdown’ what compelled him to visit the Eastern European nation and meet with President Zelenskyy during Russia’s relentless march into Kyiv.