For various reasons, KenyaMoore is a main focal point of The Real Housewives of Atlanta thisseason. Season 12 is more than 20 episodes in, and viewers have watchedher marriage unravel and her relationships with several of the women crumbletoo.

But week after week, her dynamic with husbandMarc Daly has garnered the most attention and shade from RHOA fans andMoore’s castmates. Inquiring minds want to know where the pair stand. 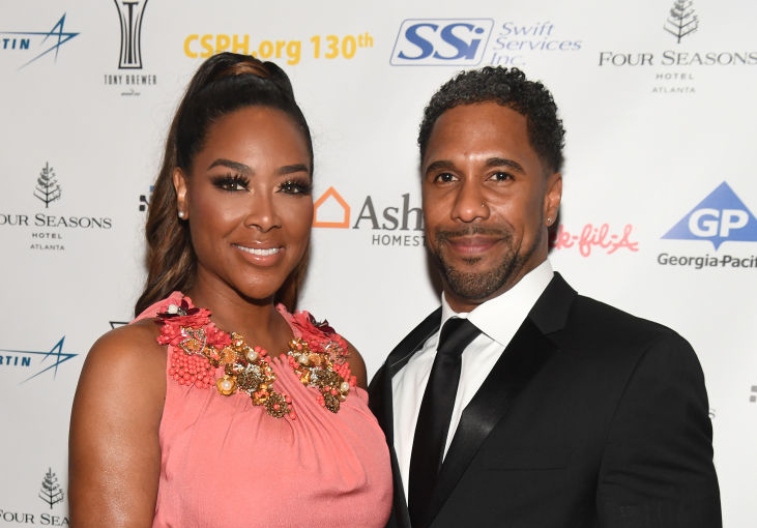 Moore opens up about relationship status

During a guest appearance on Fox Soul’s Out Loud with ClaudiaJordan this weekend, Moore was asked about the current state of hermarriage to Marc Daly. Moore was very frank when discussing it with former RHOAcast member Jordan who said some fans are hopeful they reconcile.

“He’s in New York and since this show started airing – actuallyno – after Brooklyn’s birthday, which was in November, things just turnedaround. He has been very kind, very respectful, very loving, and he wants hisfamily to stay together. And I don’t know what the end result will be but he’sdefinitely working on the marriage.”

Moore affirmed that things are getting better and Fox Soulhost/fellow RHOA castmate Mike Hill chimed in to say he was happy tohear it since he believes Daly is a good guy.

It isn’t hard to be happy when you are together and healthy. May God bless everyone on this Holy day. Happy Easter

Moore is focusing on her daughter

As Hill commented on Daly and sent well wishes to Moore, shementioned how her focus is really on baby Brooklyn right now. “That’s theparamount concern for me; it’s Brooklyn at this point. I think becoming amother just shifted how I look at things.”

Moore acknowledged that she and Daly have a long way to goto repair their relationship, but she wishes people had the chance to see a differentside of him.

Being on camera was a problem for Daly

Season 12 wrapped filming but the show took a toll on Mooreand Daly’s marriage, which is something fans suspected all along. Whilechatting with Jordan and Hill, Moore admitted that her husband was resentfulabout appearing on RHOA and that was evident in the scenes.

“I really wish that people could have seen Marc how he reallyis, not how he’s angry. He’s very resentful about the fact that he’s ontelevision. He doesn’t want to be there but in his mind, ‘I’m supporting Kenya.’But you’re not supporting me if you’re coming on the show angry and you’rebeing an a** every time you’re in a scene. That, I wish he could understand.”

Moore noted that they’re fixing things in reverse but Daly’sattitude and behavior about being on TV contributed to a lot of their issues. Accordingto her, they’re working on it, but she said if things don’t pan out betweenthem, she’ll do what’s best for her and her daughter.

On a lighter note, Moore shared that Hill, Kandi Burruss, and Todd Tucker spent time with Daly off-camera and know that there’s more to him than what viewers see.

“He is so funny and sweet and he’s so playful and quick-witted. And that is not who you guys have seen on the show. The Marc you’ve seen – I’m sure everyone is saying ‘Why is she with him?’ They don’t see who he really is.”

Moore thinks that can be attributed to Daly digging his heelsin and resisting what is “reality TV buffoonery” as she called it, saying it’s beento their detriment. They’re continuing to work on their relationship, but Brooklyncomes first.

Related posts:
Eamonn Holmes: ‘Making me really angry now’ This Morning star speaks out on coronavirus
Hundreds line up outside NYC’s Bowery Mission for free Easter meal
Popular News
Keith Raniere’s first sex slave breaks her silence about Nxivm’s ‘monster’
27/10/2020
Man Utd wonderkid Ramon Calliste, called ‘the next Giggs’, now owns luxury watch business and makes £5m a year – The Sun
26/03/2020
Megan Thee Stallion Addresses Criticism Over Twerking: ‘I Love to Shake My A**’
26/03/2020
Police guard shops to stop coronavirus panic-buyers and enforce social distancing – The Sun
26/03/2020
Coronavirus: Good Morning Britain’s Dr Hilary reveals ‘game-changing’ self-testing kit
26/03/2020
Recent Posts
This website uses cookies to improve your user experience and to provide you with advertisements that are relevant to your interests. By continuing to browse the site you are agreeing to our use of cookies.Ok