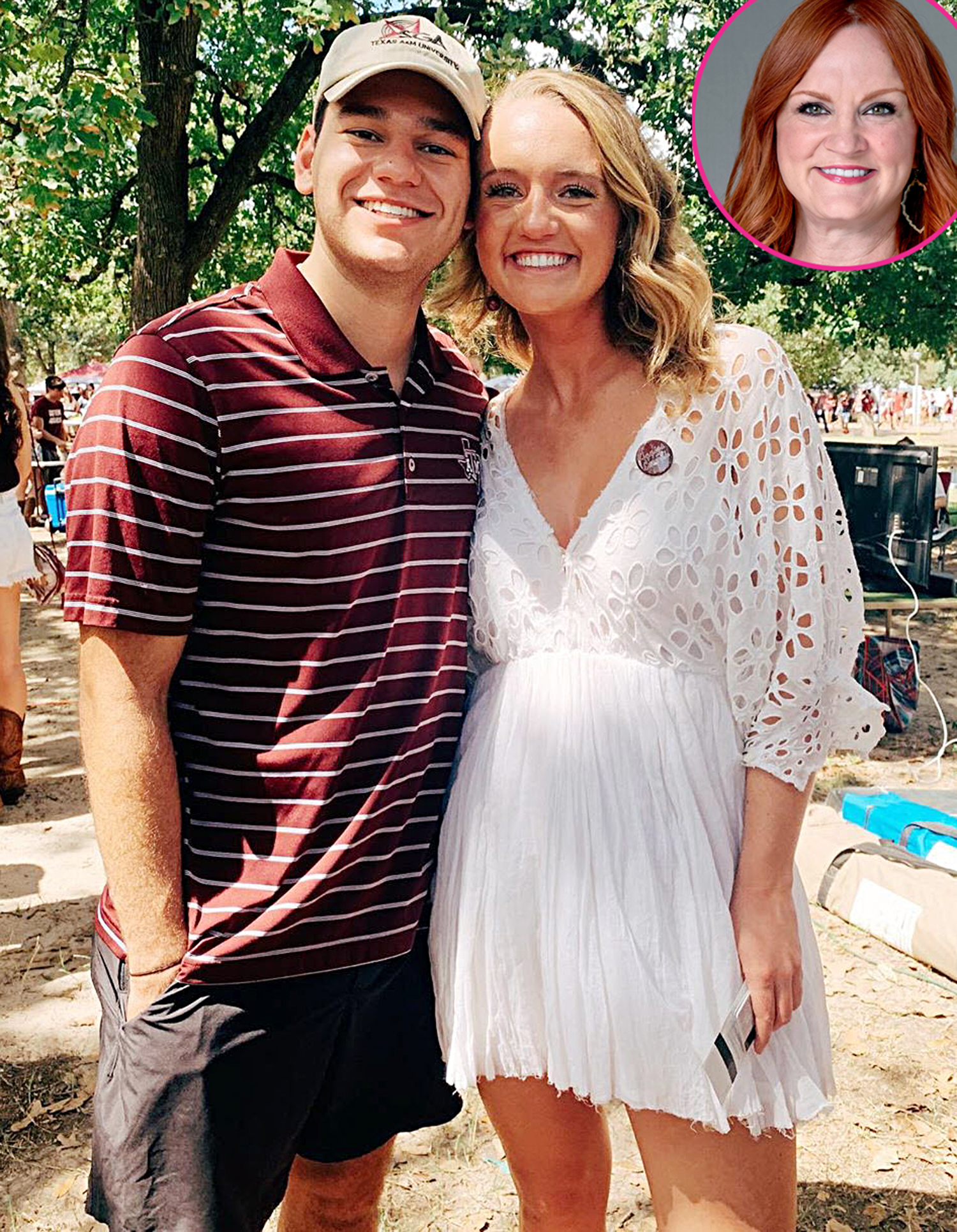 The Pioneer Woman star, 51, confirmed her 23-year-old child’s milestone via Instagram on Sunday, August 2. Ree shared a photo of the young couple along with a sweet message.

“These two are gonna have so much fun together,” the cookbook author wrote. “We love you, Alex and Mauricio! 🤠 😭 😍 .”

Ree additionally posted behind-the-scenes moments from the big day to her Instagram Stories. “Our family and Mauricio’s family were spying from a distance but we couldn’t see much,” she revealed in one Stories update, sharing a photo from the site of the engagement.

Alex, for her part, also confirmed the exciting news via Instagram. She posted several photos from the moment her now-fiancé popped the question and the aftermath of the proposal.

“Still waiting for someone to pinch me??!?!” she wrote. “Mauricio Scott is the sweetest picture of God’s goodness and provision. And I get to spend FOREVER with him!! I love you, fiancé!!!!!!!”

On Monday, August 3, Ree shared another post about her excitement for Alex’s next chapter. “Happiness! ❤️ ,” she wrote alongside a pic of the pair taken on Sunday, during which Ree smiles while holding onto Alex’s left hand. “I’m the mom who always indoctrinated her daughters not to get married until they were twenty-eight. Alex obviously listens to every word I say. 😂  I’m sure glad she didn’t, though, because we couldn’t love Mauricio more. The timing is perfect for them. Love is beautiful!❤️ .”

The Food Network star has been married to Ladd Drummond since 1996. In addition to Alex, the couple share daughter Paige, 20, and sons Bryce, 17, and Todd, 16.

Speaking to Cowboys & Indians for its January 2020 cover story, Ree opened up about how the dynamic in her household has changed since her two daughters went off to college. “There was an immediate difference in the culture of our house,” she explained at the time. “It was suddenly, very noticeably, a man cave, where ranching and football were (and still are!) the primary focus.”

She continued, “So I’ve definitely had to fight to keep the female strength and energy flowing around here … while also learning to appreciate the quiet spans of time in the Drummond house, which allows me a new avenue for creativity and focus.”

Australian TV Executive Told Not to 'Look at Ellen Degeneres' During Interview While Fans Weigh in Amid Celebrity Reactions
Not to Be Left Out, Canceled Telluride Film Festival Announces 2020 Lineup
Popular News
Why does Tom Cruise do his own stunts? ‘No one asked Gene Kelly, ‘Why do you dance?’’
18/05/2022
Man Utd wonderkid Ramon Calliste, called ‘the next Giggs’, now owns luxury watch business and makes £5m a year – The Sun
26/03/2020
Megan Thee Stallion Addresses Criticism Over Twerking: ‘I Love to Shake My A**’
26/03/2020
Police guard shops to stop coronavirus panic-buyers and enforce social distancing – The Sun
26/03/2020
Coronavirus: Good Morning Britain’s Dr Hilary reveals ‘game-changing’ self-testing kit
26/03/2020
Recent Posts