Home » Celebrities » ‘Red Table Talk’: Willow Smith Confesses That She Once Farted On A Date – We ‘Started Cracking Up’

‘Red Table Talk’: Willow Smith Confesses That She Once Farted On A Date – We ‘Started Cracking Up’

Willow Smith once farted on a date and the outcome was hilarious! She aired the confession on ‘Red Table Talk’ while discussing the episode’s theme, ‘How to Handle #Awkward conversations.’

Willow Smith‘s farting confession took over the December 29 episode of Red Table Talk — which invited Comedian Kym Whitley and New York Times Advice columnist Philip Galanes to help solve viewers’ most awkward social dilemmas. While discussing the latter, the singer, 20, revealed what happened on a date when she accidentally farted from laughing too hard.

“I farted on a date one time,” Willow confessed at the beginning of the episode. Her co-host and grandmother, Adrienne Banfield-Norris (aka, Gammy) asked, “Was it the first date?,” to which Willow replied, “Hmm, I had met this person before.” Meanwhile, co-host Jada Pinkett-Smith said, “Jesus. Jesus, take the wheel,” about her daughter’s admission. 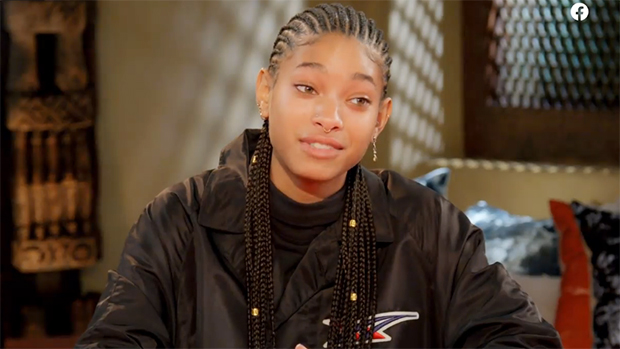 “But we were having a really good time and he made me laugh very hard. And that was the outcome of the laugh,” Willow continued, explaining that her unnamed date “just looked at me, and there was a moment of both of us realizing what had happened, and we both just started cracking up even more.” She added, “But it was, like, it was that awkward crack-up where it was like, ‘I’m only laughing right now ’cause I don’t know what else to say.’”

The latter prompted Jada to ask, “Oh, wow, so you didn’t address it?” Willow replied, “We addressed it later on,” noting that the pair did go out on another date after the fact. That’s when Gammy chimed in with, “Okay, so it wasn’t — it wasn’t a total disaster.” A confident Willow replied, “Hunty, a little fart can’t mess this up.” 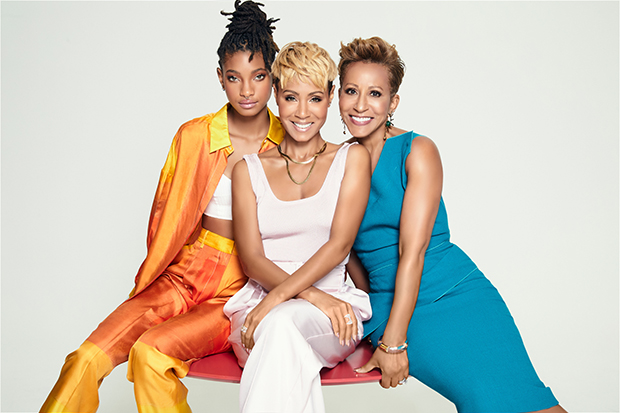 While Willow’s date confession was hilarious, her candidness didn’t come as a shock to many. The singer is an open book on the hit Facebook Watch series, in which she opened up about her recent struggle with “extreme anxiety” on the  December 22 episode.

“I was having extreme anxiety,” Willow recalled about “an experience” where she “couldn’t talk.” Instead, “I had to just cocoon and just be with myself for a moment,” she said. While describing what it’s like to be “in that space” (of her personal anxiety), Willow admitted, “There’s shame. There’s guilt. There’s sadness. There’s confusion. And then you don’t even want to talk about it because you’re like, ‘I feel crazy. I feel crazy for feeling this way and I don’t want them to think I’m crazy, so I’m just not going to say anything.’” — Tune-in to Facebook Watch for all new episodes Red Table Talk.

Related posts:
Swansea probe after booing from OUTSIDE stadium as players took knee in support of Black Lives Matter against Reading
UK army buys 30 stealthy 'Bug' nano-drones to spy on targets 2km away
Popular News
Paris Hilton Reveals She's Started IVF Process with Boyfriend Carter Reum, Says It Was 'Tough' but 'Worth It'
27/01/2021
Man Utd wonderkid Ramon Calliste, called ‘the next Giggs’, now owns luxury watch business and makes £5m a year – The Sun
26/03/2020
Megan Thee Stallion Addresses Criticism Over Twerking: ‘I Love to Shake My A**’
26/03/2020
Police guard shops to stop coronavirus panic-buyers and enforce social distancing – The Sun
26/03/2020
Coronavirus: Good Morning Britain’s Dr Hilary reveals ‘game-changing’ self-testing kit
26/03/2020
Recent Posts
This website uses cookies to improve your user experience and to provide you with advertisements that are relevant to your interests. By continuing to browse the site you are agreeing to our use of cookies.Ok