Rachel Riley, 34, has taken to Twitter to share a surprising photo of a pair of long transparent stockings, which she discovered behind-the-scenes of Countdown. The presenter posted a snap of the hosiery and informed her 668,000 followers that she was unsure how the item managed to get through the Channel 4’s “mail screening”.

The star, who tied the knot with her husband Pasha Kovalev, 40, last year, captioned her photo of the bizarre delivery: “Erm…

“Can’t believe these got through the @C4Countdown mail screening.”

Rachel completed her post by adding a crying with laughter emoji and a see no evil monkey emoji. 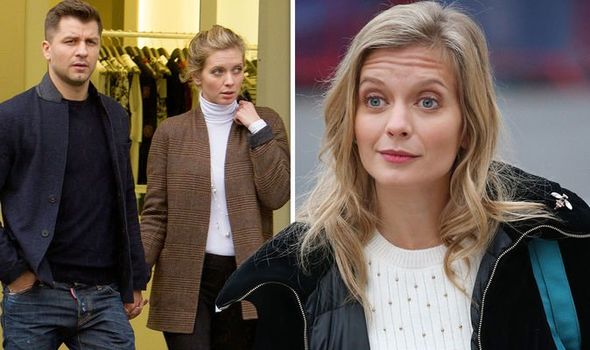 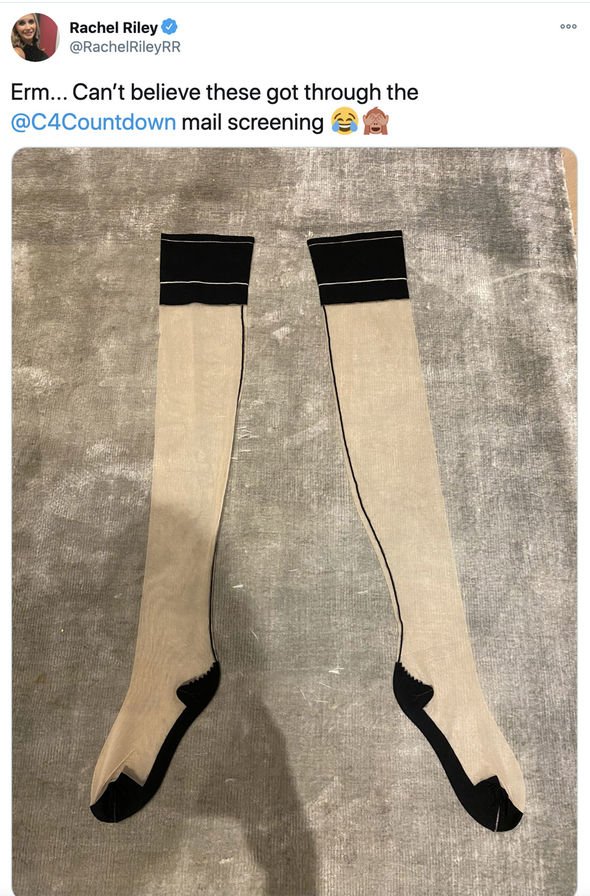 One person questioned whether Countdown’s producer Damian Eadie sent them, writing: “Maybe they’re from Damian himself?”

Rachel joked in response: “He’d never give something like that away.”

Another fan quipped that her co-host Nick Hewer should try the stockings on, adding: “Sorry, have these been sent to you?

“Missing a trick if you don’t show Nick wearing them!” 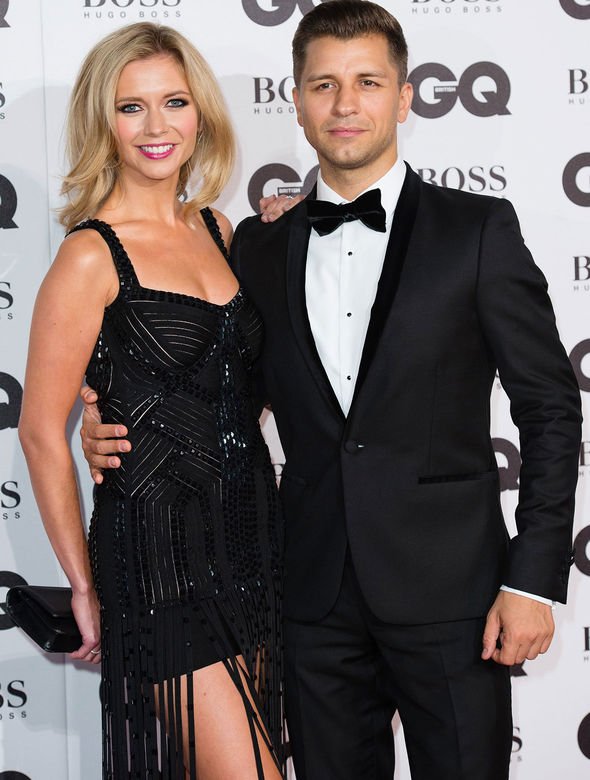 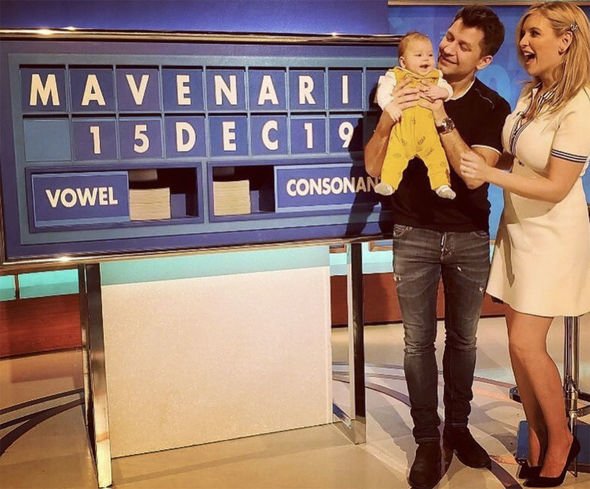 A third Twitter user commented: “The real question is are you going to wear them?!”

“Was wondering where they went!” A fourth fan responded.

Elsewhere, Rachel’s other half Pasha recently spoke out about fatherhood after the couple welcomed their baby daughter Maven last December.

The former Strictly Come Dancing pro said he didn’t know what to expect about becoming a parent, but revealed watching his little girl grow up in the past year has been “fantastic”.

Ahead of their daughter turning one in December, he added: “I don’t find it scary at all.

“I find it absolutely fantastic, I never knew what to expect.”

“Being in this situation being a father, it’s the best thing that could ever possibly happen to me. I am loving it,” he said on ITV’s Lorraine.

Pasha went on to say Maven had already started dancing and recognising music, as he added: “We’re dancing a little bit already, she probably will dance before she can walk.”

The pair got together after competing together on Strictly in 2013.

Rachel announced her pregnancy news in the form of a conundrum in the Countdown studio back in May last year.

A month later, she revealed the couple had secretly married in Las Vegas.

In December, Rachel announced the news of her baby’s birth on Instagram.

Rachel Riley and Pasha Kovalev are appearing on Family Fortunes tonight at 8pm on ITV.

Related posts:
Chris Evans & Olympian Aly Raisman’s Dogs Had a Play Date & There’s Video!
Khloé Kardashian is facing backlash for sponsored posts promoting an expensive migraine medication
Popular News
After ‘hell on wheels’, businesses can’t wait for city workers’ return
27/11/2020
Man Utd wonderkid Ramon Calliste, called ‘the next Giggs’, now owns luxury watch business and makes £5m a year – The Sun
26/03/2020
Megan Thee Stallion Addresses Criticism Over Twerking: ‘I Love to Shake My A**’
26/03/2020
Police guard shops to stop coronavirus panic-buyers and enforce social distancing – The Sun
26/03/2020
Coronavirus: Good Morning Britain’s Dr Hilary reveals ‘game-changing’ self-testing kit
26/03/2020
Recent Posts
This website uses cookies to improve your user experience and to provide you with advertisements that are relevant to your interests. By continuing to browse the site you are agreeing to our use of cookies.Ok