Quiz’s Helen McCrory believes ‘Coughing Major’ Charles Ingram and wife Diana could be innocent in infamous Who Wants To Be A Millionaire? cheating scandal

Helen McCrory has revealed she thinks its possible the Who Wants To Be A Millionaire? convicted quiz cheats could be innocent.

The actress, 51, who stars in the show Quiz based on the case, said there are still unanswered questions about Major Charles Ingram who won the show in 2001 after Tecwen Whittock coughed if he said a right answer. 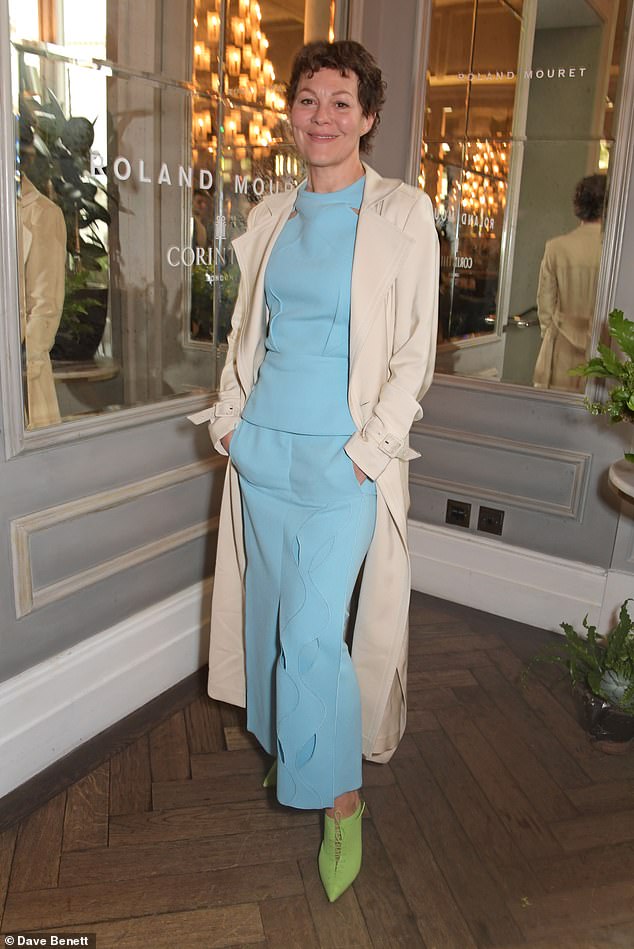 Interview: Helen McCrory, 51, has revealed she thinks its possible the Who Wants To Be A Millionaire? convicted quiz cheats could be innocent

While she concedes it could have been a set up, Helen, who plays Sonia Woodley QC, the lawyer who defended the Ingrams’ case, admitted she also thinks its possible Ingram was innocent.

She said: ‘Now for some reason maybe he did. Maybe it was a complete set-up, or maybe he didn’t. You’re just looking for a truth.

‘You see these two innocents walk into the gladiators den, and at the same time we all know it’s just magic boxes – it’s lights and smoke and mirrors.’

Quiz documents Charles and Diana Ingram’s plot to try and cheat their way to the top prize on Millionaire in 2001 with the help of contestant Tecwen Whittock, who would cough to indicate the correct answer. 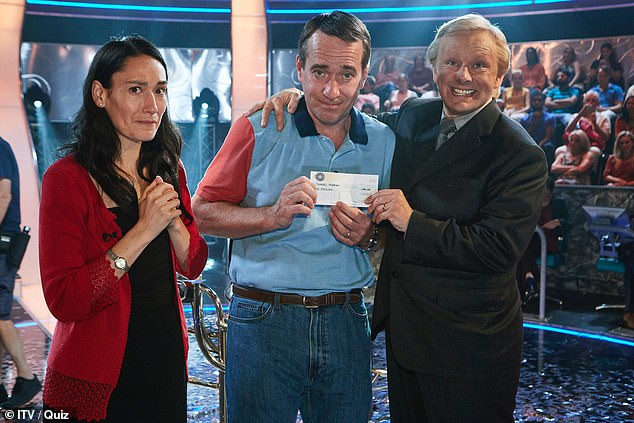 Drama: Helen said there are still unanswered questions about Major Charles Ingram (Matthew Macfayden) who won the show in 2001 after Tecwen Whittock coughed if he said a right answer

A recent preview clip features Charles (played by Matthew Macfayden) trying to answer the £32,000 question, which asks which artist released an album title Born To Do It in 2000.

The four options are Coldplay, Toploader, A1 and Craig David (the correct answer), and the question leaves both the Major and Whittock (Michael Jibson) stumped.

While The Major dithers over the question, watching producers still don’t seem to have spotted he’s getting some help, including Celador’s David Briggs, who is told by one crew member Ingram is like ‘a different man.’ 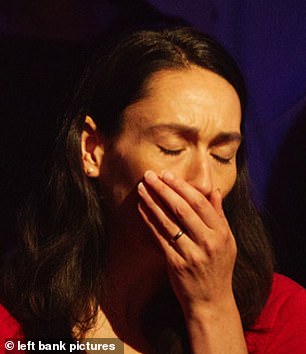 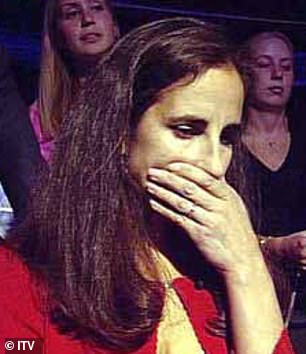 Giving the game away? A preview of the show features Diana Ingram (played by Sian Clifford) nearly exposing their plan in the £32,000 question as she tries to reveal the answer with a cough (pictured right in real life) 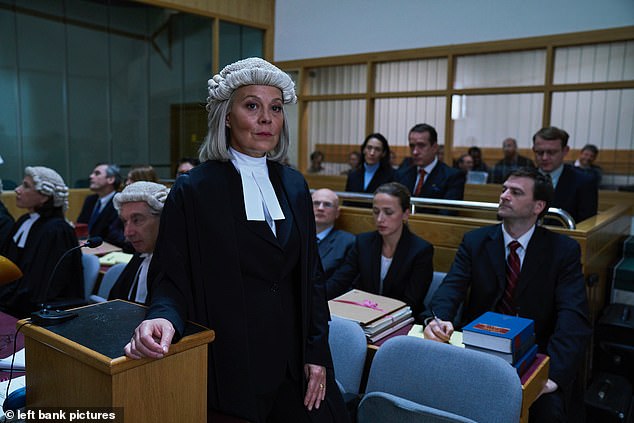 Still clueless, Ingram asks host Chris Tarrant (Michael Sheen) to use his final lifeline 50:50, leaving him with just two answers to choose between, A1 and Craig David.

Worried her husband could blow their winnings, Diana grabs her mic and attempts to cough into it to catch her husband’s attention, sparking a dramatic u-turn from The Major with his answer. 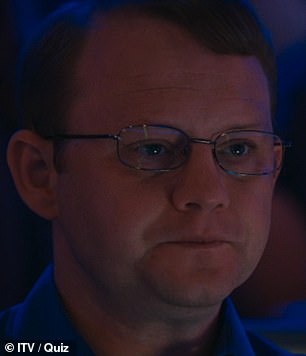 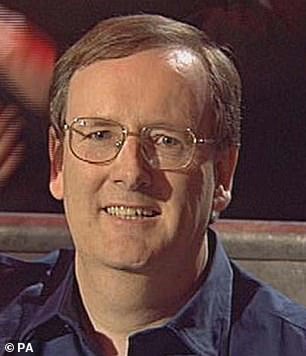 Man with all the answers: Tecwen Whittock is played by Michael Jibson in the drama. A contestant on the show, he would reveal the correct answers by coughing

Despite saying seconds earlier he’d ‘never heard’ of Craig David, The Major tells Chris: ‘When I’m at home and I’m practising I guess wrong 80 per cent of the time so I think I’m gonna go with Craig David.’

The drastic change in answer catches the attention of watching producers and even host Chris, but regardless he locks in the answer.

The presenter explains to viewers Charles went with the answer despite saying he’d ‘never heard of’ Craig David, and he eventually lost the Major’s trade of thought with his answer.

But it’s still correct, meaning the Major now has £32,000, though it seems that his behaviour has caught the attention of show staff, setting the stage for his plan to be revealed. 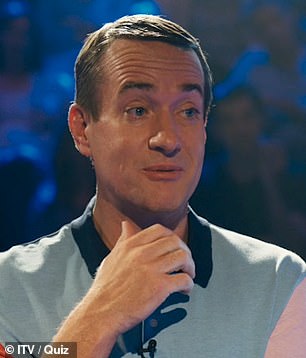 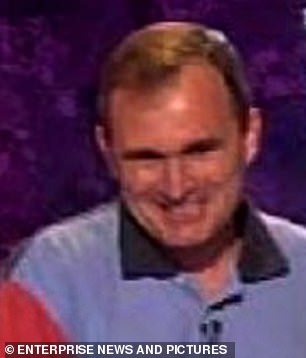 Busted: The ‘Coughing Major’ scandal was nationwide headlines in 2001 when Ingram (picture right in real life) was exposed for cheating his way to the top prize

Actor Matthew spoke about the drama in an interview with The Mirror, and despite the Ingram’s crimes, he said he believes the couple have suffered enough and their lives were ‘totally ruined’ by the scandal.

He said: ‘Whether they were guilty or not, I don’t think they deserved the consequences that followed.

‘Their pets were attacked, people spat at Charles, they had to move house and he lost his job in the Army.

‘It was pretty hard going for them. It feels like they have suffered disproportionately. It’s a game show. Nobody died.’ 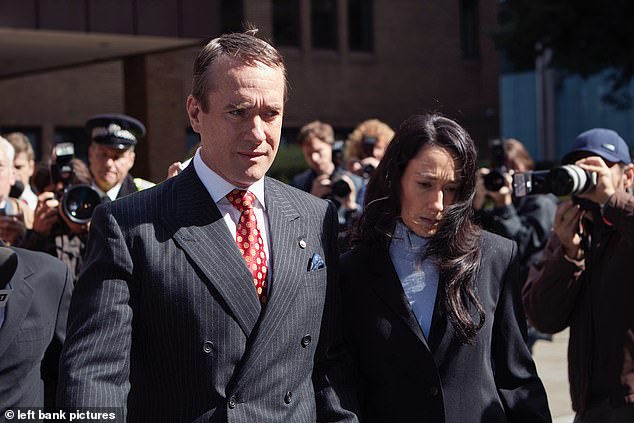 You’re busted: The three-part drama will also show the Ingrams eventually going on trial for the crime, thought they continually protested their innocence

Quiz is based on a play about the scandal written by James Graham, which has been adapted to screen with the help of The Queen director Stephen Frears.

Charles and Tecwen formed the plan after Ingram struggled to just £4,000 in the first show, and had to use two of his lifelines to get there.

The coughs would not have been heard by viewers at home watching the show (which was never aired apart from during an ITV documentary) as a majority of the sound was focused on the hot seat. 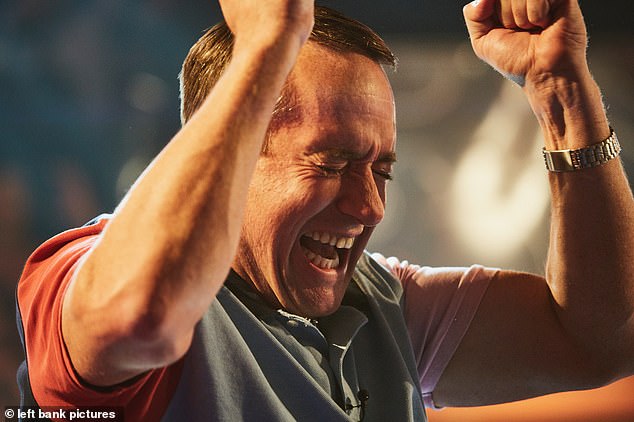 Joyous moment: In the original show, Ingram reached the top prize, but by that point producers were convinced he’d cheated

Ingram eventually reached won the top prize with the help of Whittock, but even then many crew members were convinced he’d cheated, and even before they announced he’d won the top prize, producers threatened to stop filming after calling the Head Of Celador with their claims.

Throughout their trial and in its build-up Charles and Diana repeatedly insisted they hadn’t cheated, even when they were convicted of deception.

Chris famously testified against Charles during his trial, and said in the documentary that he was amazed when he learned about the crime from ITV crew members. 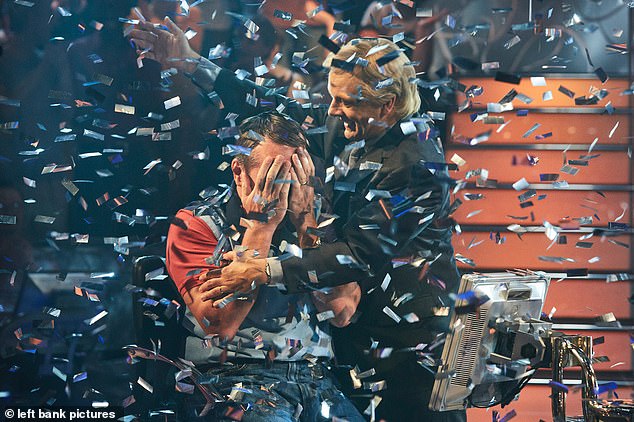 After a four-week crown court trial in 2003, Charles and Diana were convicted of deception, and Ingram was given a 20-month suspended prison sentence.

His two accomplices were given 18-month suspended sentences for their part in the scam.

Quiz begins on Monday 13th April and will air over three nights at 9pm on ITV. 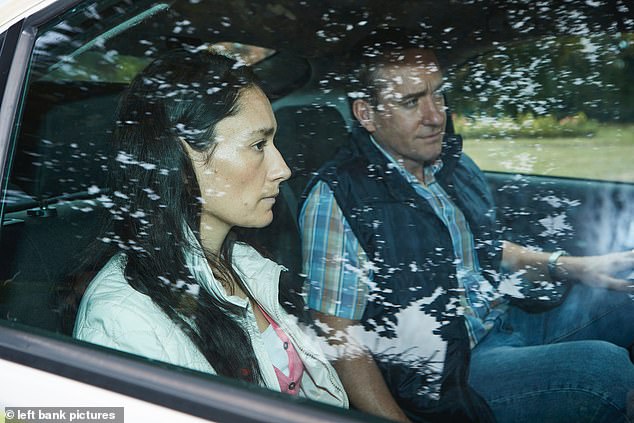 Nicked: After a four-week crown court trial in 2003, Charles and Diana (pictured in the drama) were convicted of deception, and Ingram was given a 20-month suspended prison sentence