Queen Elizabeth II is back to her royal duties after the death of her husband of over 70 years, Prince Phillip. According to the BBC, the queen hosted a private event at Windsor Castle Tuesday. The reigning monarch presided over the ceremony, where the Earl Peel officially retired from his role as Lord Chamberlain. The queen accepted her former royal aide’s wand and office insignia during the event.

The 94-year-old was expected to enter an eight-day mourning period for her husband. During the period, all royal duties, as well as affairs of state, will be paused. It’s unclear what the exception was for this particular ceremony.

After the eight days, the country is expected to go into a 10-day-long mourning period, while the royal household will reportedly do so for 30 days.

A day after the Duke of Edinburgh died at the age of 99, the queen shared a touching tribute to her late husband. A photo of the couple, who were married for 73 years, was posted on the royal family’s Instagram account, along with a 1997 quote from the queen about her beloved spouse.

“He has, quite simply, been my strength and stay all these years, and I, and his whole family, and this and many other countries, owe him a debt greater than we would ever claim, or we shall ever know,” the queen expressed.

“At the Queen’s Coronation in 1953, the Duke of Edinburgh swore to be Her Majesty’s ‘liege man of life and limb,'” the caption also read. “The Duke was a devoted consort (companion to the Sovereign) for almost 70 years, from Her Majesty’s Accession in 1952 until his death.”

The Duke of Edinburgh’s funeral will take place at St George’s Chapel at Windsor Castle on Saturday, April 17 at 3 p.m. The service, which will be televised, will begin with a minutes silence and be preceded by a Ceremonial Procession inside the grounds of Windsor Castle.

Per the palace, Philip’s coffin, “covered with His Royal Highness’s Personal Standard and dressed with a wreath of flowers, is resting in the Private Chapel at Windsor Castle, where it will remain until the day of the funeral.”

On the 17th, it will then be moved to a Bearer Party founded by The Queen’s Company, 1st Battalion Grenadier Guards. “Positioned in the Quadrangle at Windsor Castle there will be representative detachments drawn from His Royal Highness’s military special relationships.”

His coffin will then be carried in “a purpose-built Land Rover — which The Duke was involved in the design of — flanked by military Pall Bearers, in a small Ceremonial Procession from the State Entrance to St George’s Chapel, for the service.” His family will walk behind the coffin. Royal expert Katie Nicholl told ET that Prince Charles, Prince William and Prince Harry will be the ones to walk behind the coffin.

“We understand that just as they walked behind Diana’s coffin at her funeral, Prince Charles, Prince William and Prince Harry will walk behind Prince Philip’s coffin in what is going to be a very moving final farewell to the duke,” Nicholl said.

Prince Philip's Funeral: Everything We Know About the Duke's Service 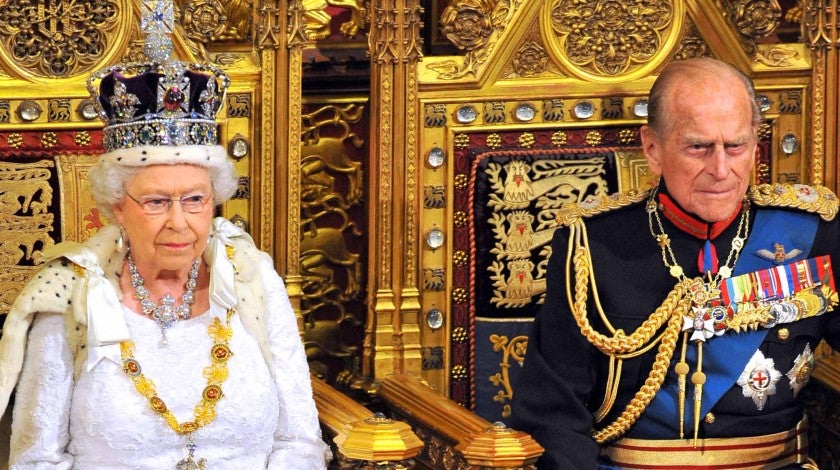