Prince William and Prince Harry are set to reunite in public for the first time in more than a year at their grandfather Prince Philip’s funeral, but the brothers will be keeping their distance.

Inside William and Harry’s Relationship Over the Years

Buckingham Palace revealed on Thursday, April 15, that William, 38, and Harry, 36, will not walk next to each other behind Philip’s coffin on Saturday, April 17. Instead, their cousin Peter Phillips — Princess Anne and Mark Phillips’ son — will be in between them.

Harry will walk behind William and Peter, 43, for the second procession into St George’s Chapel at Windsor Castle. The Duke of Sussex will have David Armstrong-Jones — Princess Margaret and Antony Armstrong-Jones’ son — beside him. 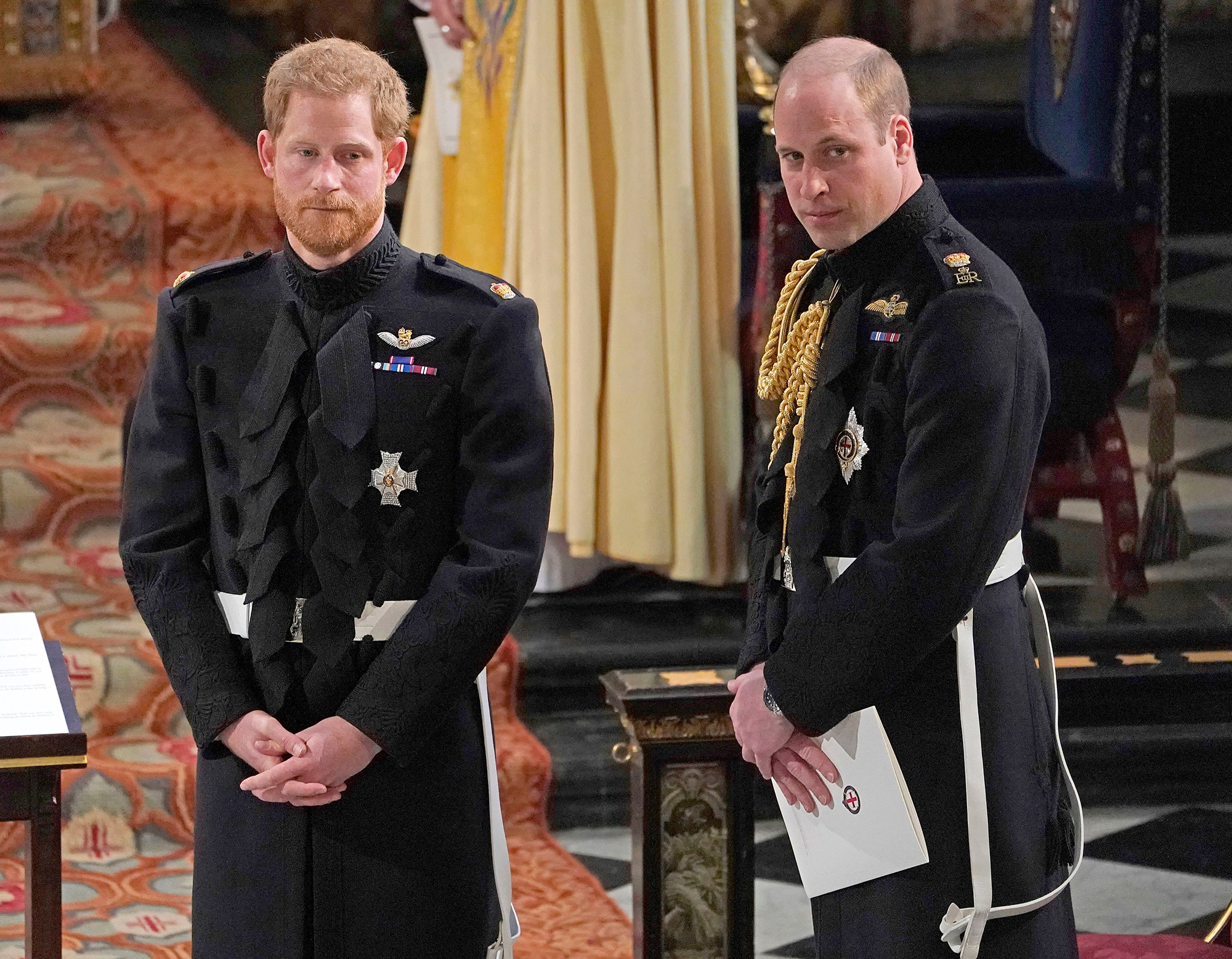 “These are practical changes rather than sending a signal. This is a funeral, and we are not going to be drawn into perceptions of drama,” Buckingham Palace told Us Weekly in a statement. “The arrangements have been agreed and represent Her Majesty’s wishes as well as the personal wishes of The Duke.”

Some royal watchers expected William and Harry to walk together at the funeral. However, tension between the brothers stirred up speculation about how they would interact at the service after Philip died at age 99 on Friday, April 9.

“For the period that Harry is [in England], they will very much put their differences behind them,” royal biographer Ingrid Seward exclusively told Us. “I think that Harry will want to get back to [wife] Meghan [Markle] as soon as the funeral is over … so he won’t have a great deal of time to be in a potentially embarrassing situation with his family.”

The Prince Philip Revealed author predicted “there’s no way” that Harry’s family will be “anything other [than] charming to him” at the funeral. “It’s not about Harry this day,” she said. “Harry knows that it’s about his grandfather. … They’re all going to put on a very good show.”

Royal expert Andrew Morton told Us William, Harry and their father, Prince Charles, will likely “behave very well” with “a degree of interaction,” especially since the world will be watching them. “They will be cordial, as opposed to friendly.”

Prince Philip Through the Years: His Life in Photos

Harry and Meghan, 39 — who are parents of 23-month-old son Archie and expecting their second child — completed their duties as senior members of the royal family and relocated to her native California in March 2020. The couple spoke out about their experiences within the monarchy in a tell-all interview last month, with Harry noting that he and William were taking “space” from each other at the time.

Us exclusively revealed earlier this month that Harry and William spoke after the CBS special aired, but the conversation “didn’t end well.”

“William feels that Harry has gotten too big for his boots since moving to California — that success and Hollywood have gone to his head,” a source told Us. “He’s already accused [Harry] of putting fame over family after the big interview.”

While Harry will reunite with the royals at the funeral, Us broke the news that Meghan will not be in attendance. “Meghan will be staying in California. She can’t go on doctor’s orders,” an insider revealed. “She is too far along to fly and it’s recommended she rest in the final months.”