‘He feels like he’s been run over by a truck:’ Phillip Schofield shares concerns for his best friend who is still ‘coughing badly’ after contracting COVID-19

Phillip Schofield has openly shared his concerns for his best friend who has battled coronavirus.

The presenter admitted his pal was still ‘coughing badly’ after fighting the deadly disease, and said he felt like he’d been ‘run over by a truck.’

Phil and co-host Holly Willoughby both shared their fears about the spread of the coronavirus after speaking to someone who was living in the Chinese province of Wuhan, which has began to lift restrictions after 11 weeks in lockdown. 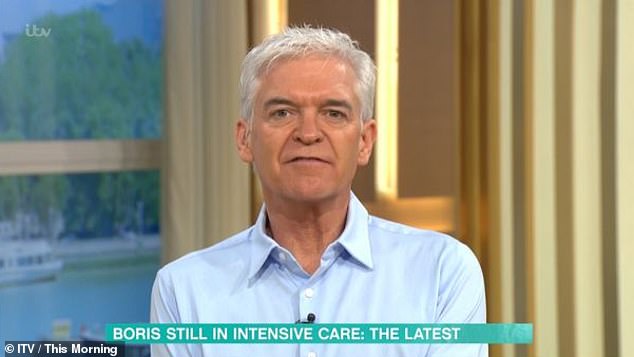 Phil and Holly spoke to Dr Ron Daniels for an update on the condition of Boris Johnson, who has been hospitalised after testing positive for coronavirus.

During the interview Phil and Holly spoke openly about fears for friends and loved ones, as they are unsure when symptoms are severe enough to seek hospital treatment.

Holly said: ‘Friends that I know have said that when you become ill, the thing you don’t realise is that you suddenly have this fear that you’re going to deteriorate and that it’s going to get worse and you’re sort of waiting for that moment when you either sort of call an ambulance or you need to go into hospital.’

‘When is that moment? When do you know when you need hospital treatment?’ 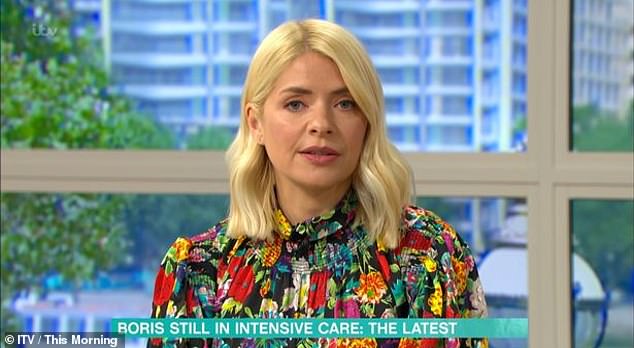 Hard: He joined Holly Willoughby on Wednesday’s This Morning, as they shared fears about when symptoms for COVID-19 should be considered severe enough for hospital treatment

Dr Ron insisted viewers should simply listen to their own body, and if they reach a stage when they are unable to perform basic tasks, then they should seek medical advice.

Phillip then revealed that one of his best friends has been battling the deadly disease, and continues to feel unwell.

He said: ‘One of my best friends – he’s had it and had it quite bad and he is obviously compos mentis but coughing quite badly, feeling like he’d been run over by a truck. Bones aching, that sort of thing.’

The Prime Minister has spent two nights in intensive care after contracting COVID-19, though health minister Edward Argar insisted on Wednesday he is ‘comfortable, stable and in good spirits.’

It comes as the government revealed that the UK will remain in lockdown beyond the planned three week stage, amid warnings the virus’ peak may not come for another week.

Boris introduced a nationwide lockdown last month, with members of the public only authorised to leave their homes for essential food shopping and daily exercise.

This Morning airs weekdays from 10am on ITV. 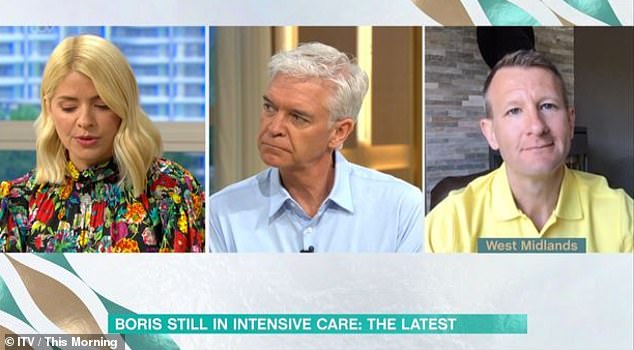 Important: Phil and Holly spoke to Dr Ron Daniels for an update on the condition of Boris Johnson, who has been hospitalised after testing positive for coronavirus