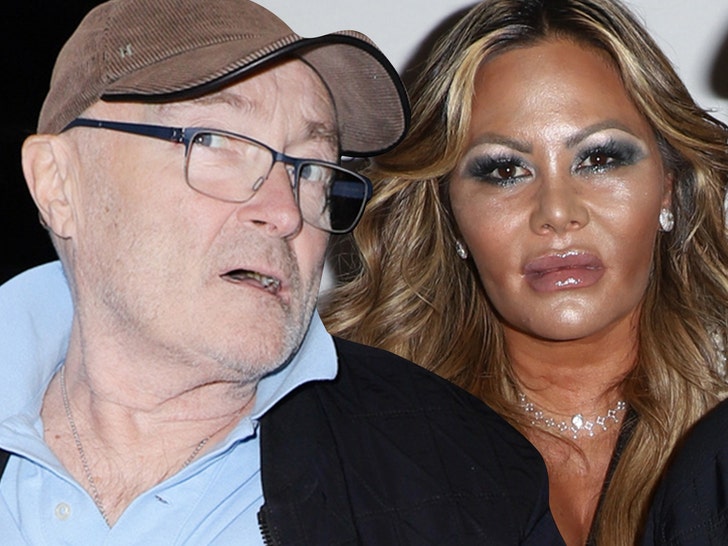 Phil Collins says his ex’s accusation about him reeking like hell is a blatant lie, and a cheap attempt to smear his name to get millions out of him.

The famed hitmaker filed legal docs calling Orianne Cevey a liar after she claimed Phil became a hermit and completely secluded himself from the world. In docs, obtained by TMZ, Phil calls it “a litany of demonstrably false, immaterial, impertinent, scandalous and scurrilous allegations which have nothing to do with the legal claims in this case.”

In short … Phil says Orianne’s allegations have a clear malicious motive … trying to extort him. He claims she lied about his depression to cast doubt about his mental capacity all to “deliberately make sensationalized and/or false allegations in an effort to extort money” from him.

Phil says it’s all either lies or gross exaggerations, pointing out that much of it is contradicted by the fact that he says he’s currently preparing to tour with Genesis again after the pandemic passes.

TMZ broke the story … Orianne’s beefing with Phil claiming he’s going back on his word to give her 50-50 ownership of the home he’s now trying to evict her from. To that end … Phil argues Orianne’s lies have nothing to do with the issue of whether her claim that he ever made such a promise is true. Remember … she also claimed he stopped brushing his teeth and was not capable of performing sexually.

Phil, in docs, asked, “What does this have to do with the case? Is the court going to hear evidence about the parties’ sex life or examine Phil Collins’ dental records, or get photographs of his wardrobe to decide if he verbally promised Mrs. Bates 50% of his Miami Beach mansion? Of course not.”

Related posts:
This Morning fans boycott ITV show after Eamonn Holmes and Ruth Langsford dropped
Orlando Bloom Checks Out a Vintage Car for Sale in Montecito
Popular News
New Pogues documentary adds SUBTITLES
01/12/2020
Man Utd wonderkid Ramon Calliste, called ‘the next Giggs’, now owns luxury watch business and makes £5m a year – The Sun
26/03/2020
Megan Thee Stallion Addresses Criticism Over Twerking: ‘I Love to Shake My A**’
26/03/2020
Police guard shops to stop coronavirus panic-buyers and enforce social distancing – The Sun
26/03/2020
Coronavirus: Good Morning Britain’s Dr Hilary reveals ‘game-changing’ self-testing kit
26/03/2020
Recent Posts
This website uses cookies to improve your user experience and to provide you with advertisements that are relevant to your interests. By continuing to browse the site you are agreeing to our use of cookies.Ok