In the first of a series of four Medium posts explaining his ouster, McNeil denies that he’s an “asshole” — at least most of the time 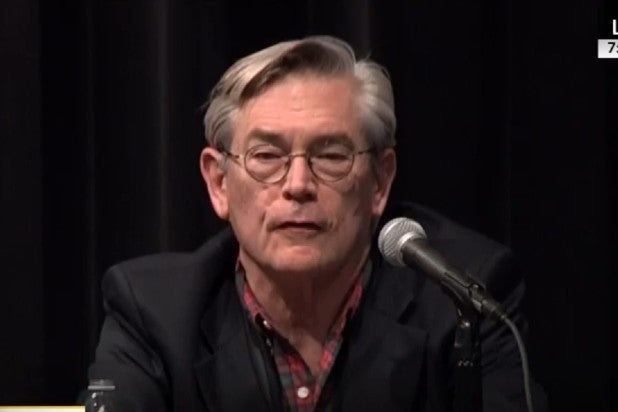 Former New York Times reporter Donald McNeil Jr. spoke out about his ouster on Monday, the first day of his official separation from the paper where he worked since the 1970s.

He described the sharp-edged nature of journalists who had been surprised to be subjected to the same vigorous process of inquiry that journalists apply to others. “Since January 28, I’ve been a jackal circled by jackals,” McNeil wrote in the first of four planned Medium posts.

“I’m somewhat relieved to be out of” the game of journalism, McNeil wrote, especially after he became a story himself over his behavior on a Times-sponsored trip to Peru with high school students, including his use of the N-word.

McNeil, who covered the coronavirus pandemic for the Times, disputed some of the characterizations that have been made of him and the notorious Peru trip since the story broke. “Am I principled? Old-school? Blunt? Cranky? Or ‘the end of the asshole era’ at the Times, as Vanity Fair let an anonymous source describe me? Was I speaking to innocent schoolchildren? Or to privileged prep schoolers burnishing their resumés?”

McNeil also denied that he’s “an asshole” — at least most of the time. “I can be an asshole. If you’re an editor, and you made changes in a story of mine, and I lashed out at you like that, I’m very sorry,” he wrote, noting that he could be harsh when editors added what he felt were errors into his stories. “It wasn’t because of your race or sex or youth or anything else. You may have just been a set of initials in the margins of our editing software. That’s one part of me that’s not very nice, and I know it.”

He also admitted some missteps once the story broke, saying he “foolishly” responded to a Washington Post reporter despite being ordered by the Times to remain silent. “I wrote back only: ‘Don’t believe everything you read.’ It was meant to flippantly convey ‘I can’t comment but don’t believe the Daily Beast.’ Instead, he interpreted it as ‘Don’t believe the Times press release,’” he wrote. “That inflamed the situation.”

The reporter noted he’d been advised not to speak out as his exit was ongoing, but addressed what he’d seen written about himself through February. “I chose this route so I can control at least one part of the narrative: my own. If you submit to filtering by another journalist, you’re answering only his or her questions.”

On Feb. 5, the Times announced McNeil would be leaving following a report in the Daily Beast about his use of the N-word on a trip to Peru with high school students in 2019. That incident was investigated at the time and McNeil was disciplined but remained on staff, but a January report by the Daily Beast raised an outcry among Times staffers that led to his ouster.

In his Monday post, McNeil said follow-ups will include explanations of what happened when the incident became public knowledge, as well as what happened on the trip to Peru.