Olivia Wilde caught up to chat with former fiance Jason Sudekis in L.A., just one day after holding hands with Harry Styles at his best friend’s wedding.

Well this could have been a very interesting conversation. Hours after these photos emerged of director Olivia Wilde holding hands with her Don’t Worry Darling star Harry Styles, 26, at his agent’s Jan. 3 wedding, she pulled up to ex Jason Sudeikis‘ Los Angeles home for a visit on Jan. 4. The 36-year-old was photographed getting out of her dark sedan while wearing a red and purple long coat, white leggings and trainers and a white fedora hat. 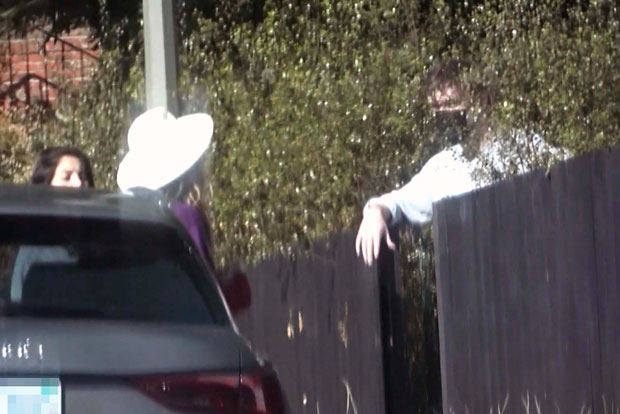 Jason greeted Olivia at the front gate of his home, wearing a black face mask. While the two appeared cordial, the pics were a far cry from the last time the exes were spotted together. Jason and Olivia were photographed having a very long and loving embrace on Dec. 20 after leaving the Be Hive of Healing Integrative Medical Center in Agoura Hills, CA, going in for multiple tight hugs and staring into each others eyes.

Olivia’s stop by Jason’s home came after she returned to L.A. with Harry from his pal Jeff Azoff‘s Montecito, CA wedding, and headed straight to his place. They were photographed entering his garage, while Olivia carried a bag over her shoulder. She was wearing a different outfit than when she hit up Jason’s place a few hours later, seen in a tan argyle sweater and brown trousers. 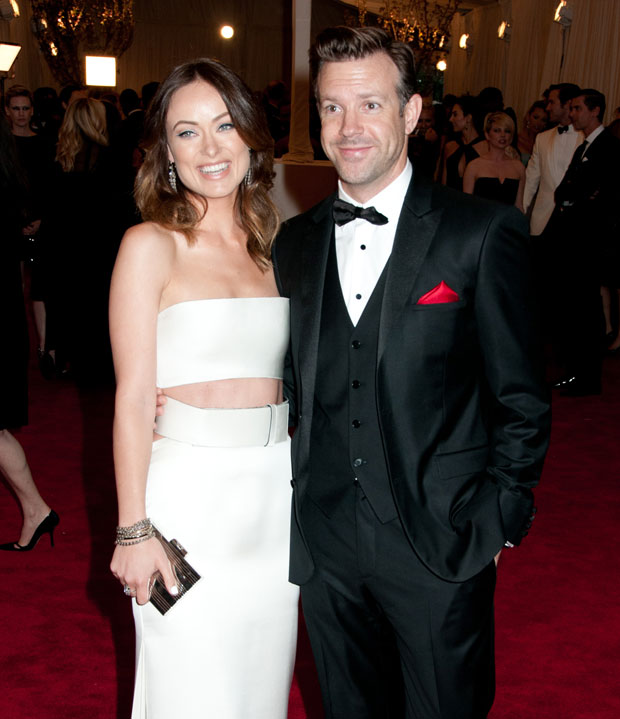 Olivia and Harry, 26, caught fans by surprise when they were photographed at Jeff’s Jan. 3 wedding to Glenne Christiaansen at the posh Ysidro Ranch in Montecito. Their fingers were intertwined as they strolled along a pathway, both wearing dark face masks. Olivia looked stunning in a long-sleeved floral maxi-dress with lace accents, while Harry donned a black suit with flared leg pants, a white lace shirt and a long pussybow tie. Both of their outfits were by Gucci. The “Watermelon Sugar” singer is currently starring in Olivia’s latest directorial effort, Don’t Worry Darling.

Olivia and former Saturday Night Live star Jason reportedly quietly ended their nine year romance in early 2020, but the news became public in Nov. 2020. The couple are parents to a son Otis Alexander, 6, and a daughter, Daisy Josephine, 4. Jason and Olivia began dating in 2011 and got engaged over the holidays in 2012, though they never made it down the aisle.

Related posts:
Epic Games to convert North Carolina shopping mall into new global headquarters by 2024
Five things to know about ‘Bachelor’ contestant Kit Keenan
Popular News
Robbie Williams is quarantining in the Caribbean after testing positive for Covid while on holiday with family
19/01/2021
Man Utd wonderkid Ramon Calliste, called ‘the next Giggs’, now owns luxury watch business and makes £5m a year – The Sun
26/03/2020
Megan Thee Stallion Addresses Criticism Over Twerking: ‘I Love to Shake My A**’
26/03/2020
Police guard shops to stop coronavirus panic-buyers and enforce social distancing – The Sun
26/03/2020
Coronavirus: Good Morning Britain’s Dr Hilary reveals ‘game-changing’ self-testing kit
26/03/2020
Recent Posts
This website uses cookies to improve your user experience and to provide you with advertisements that are relevant to your interests. By continuing to browse the site you are agreeing to our use of cookies.Ok