Olivia Munn Was 'So Obsessed' With John Mulaney Years Before Dating

A twist of fate? Olivia Munn spoke about being one of John Mulaney‘s biggest fans more than five years before news of their budding romance made headlines.

“We were at a wedding together and I was like, ‘Oh, my gosh, do you and your fiancée want to go have dinner or something and go hang out?’” the Predator actress, 40, recalled during a 2015 conversation with HuffPost Live. “At first it was cool, and then I kept going up to him at the wedding like, ‘So, you having fun?’ I was just so obsessed with hanging out with and talking with him.”

After their introduction, the Newsroom alum attempted to get in touch with the former Saturday Night Live writer, now 38, but claimed “he never emailed back.” 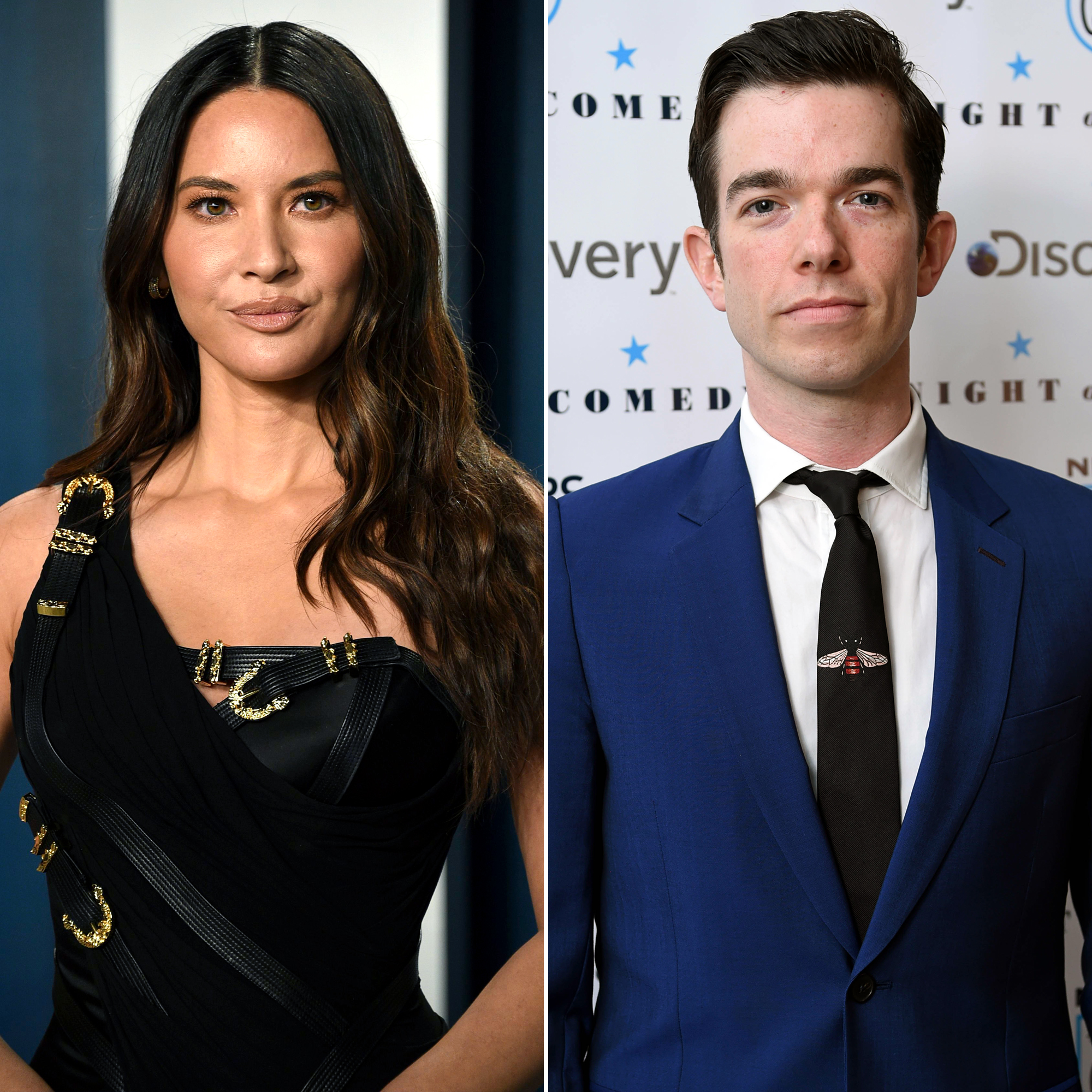 Munn added, “I might’ve got the wrong email — probably. That’s what I tell myself.”

Us Weekly reported on Thursday, May 13, that Mulaney had moved on with the Oklahoma native. Less than one week prior, the stand-up comedian announced his split from wife Anna Marie Tendler after six years of marriage.

“I am heartbroken that John has decided to end our marriage,” Tendler, 35, said in a statement on Monday, May 10. “I wish him support and success as he continues his recovery.”

At the time, a spokesperson for the Oh, Hello actor told Us, “John will not have any further comment as he continues to focus on his recovery and getting back to work.”

News of Mulaney’s divorce came shortly after he left a 60-day rehab program in February. The Big Mouth star voluntarily checked into a treatment center in Pennsylvania in December 2020 for alcohol and cocaine addiction. A source told Us at the time that the move “was a relief” to his loved ones.

“It was John’s decision. Plain and simple, John had too much downtime [in quarantine]. He had too much time in his own head,” the insider explained, claiming that choosing to seek treatment “saved his life” after an “ugly” relapse.

Before recently falling off the wagon, Mulaney had been sober for over a decade. “I drank for attention,” he told Esquire in September 2019. “I was really outgoing, and then at 12, I wasn’t. I didn’t know how to act. And then I was drinking, and I was hilarious again.”

While the Chicago native said he “never liked smoking pot,” he “loved” cocaine. At 23, he quit abusing substances cold-turkey following a major “bender” in the mid-2000s.

“It was just crazy. A weekend that was … there were … I’m never going to tell you. That’s mine,” he said in his Esquire profile. “I didn’t kill anyone or assault anyone. But yeah, I was like, ‘You’re f–king out of control.’ And I thought to myself, ‘I don’t like this guy anymore. I’m not rooting for him.’”

Who Is Anna Marie Tendler? 5 Things to Know After John Mulaney Split

When the Comeback Kid performer checked into rehab last year, Munn was one of several followers to reach out. “Sending SO MUCH love and support to John Mulaney. You got this,” she tweeted in December.

Us confirmed four months earlier that the Ride Along 2 actress split from boyfriend Tucker Roberts after more than one year together. She previously dated Aaron Rodgers from 2014 to 2017.