Molly Ringwald was part of the Bratpack in the 80s with the star becoming an icon of the era thanks to her roles in John Hughes movies, such as The Breakfast Club, Sixteen Candles and Pretty in Pink. She disappeared from the limelight for a while before making something of a comeback in the 2010s. Many younger viewers are likely to be familiar with Ringwald thanks to her role in teen drama Riverdale, where she plays lawyer Mary Andrews.

In the show, Mary is mother of jock Archie Andrews (played by KJ Apa) who lives in Chicago after divorcing Fred (Luke Perry).

Since Perry’s tragic death, Ringwald has become a more prominent figure in Riverdale as she returned to take care of her grieving son.

Fans of Riverdale are curious to know more about Ringwald and her life away from the series including who she is married to.

Ringwald has been married twice, first to French writer Valéry Lameignère with the pair getting hitched in 1999. However, the couple decided to get divorced in 2002. 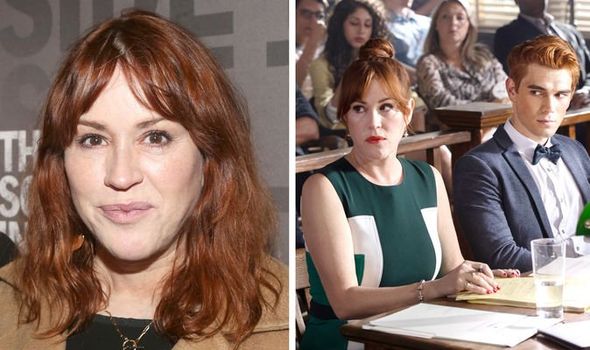 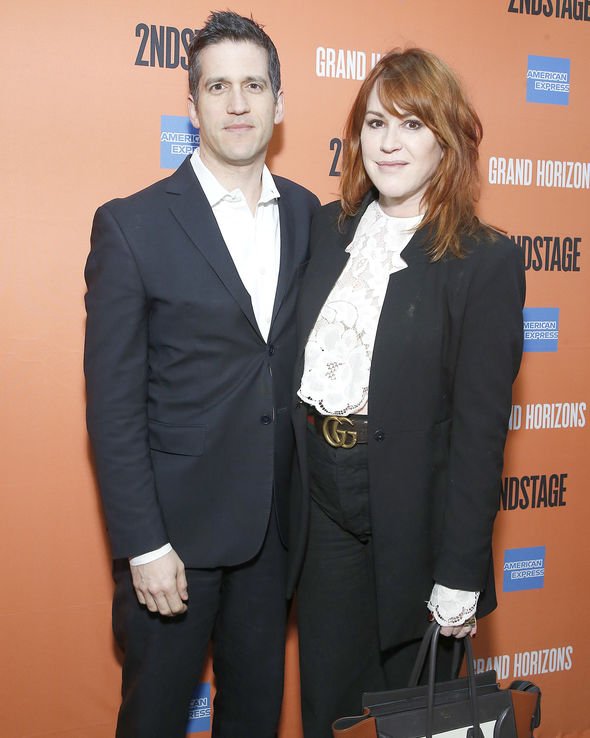 The actress went on to wed Greek-American writer and book editor Panio Gianopoulos in 2007.

They have three children, daughter Mathilda, 16, and twins Adele and Roman aged 10.

Her husband Gianopoulos previously opened up about his famous wife, telling Page Six at the Tribeca Film Festival in 2016: “I’m seven years younger than her, so of course I knew her and had a slight crush.” 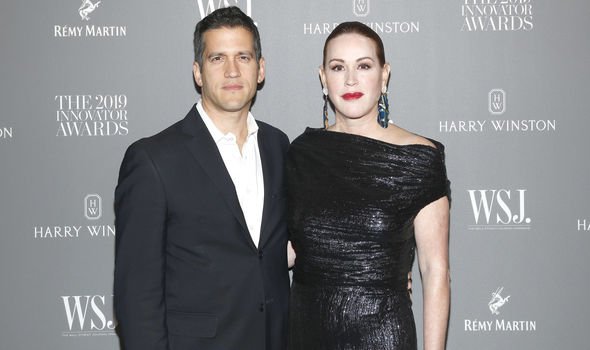 Ringwald has also opened up about parenting, admitting her years playing angst-ridden teens hadn’t helped her prepare to raise one of her own.

She told HuffPost earlier this year: “I think it’s a lot harder to be a teenager today.

“I feel like all of the insecurities, the highs and lows, the way that teenagers feel is the same.

“But there are so many other aspects that aggravate their lives.” 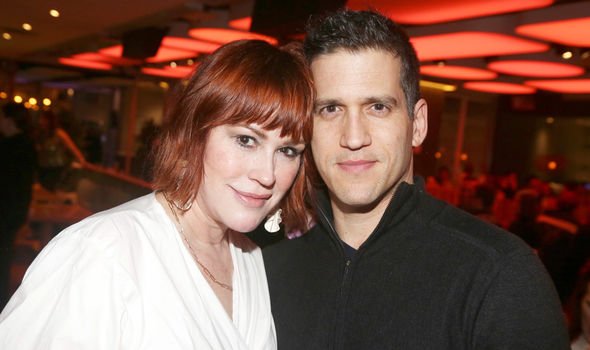 She said social media had its part to play in fuelling the insecurities of teens, saying it made it “hard” for youngsters.

The star admitted her eldest had watched The Breakfast Club but she felt her other two children were too young for the film.

She explained: “I feel like it’s a rite of passage and I’m just not ready. There’s time though.”

Ringwald went on to reveal how devices were banned at her dinner table, emphasising how “important” it was for the family to sit around during a meal and talk to one another.

She went on to say of her other half: “I credit my husband because he’s the one that gets it done.

“I like to say I’m a fancy chef and he’s the diner chef.

Although Ringwald never really left acting with parts steadily through the 90s and 00s, Riverdale has raised her star status again.

She has also gone on to star in Netflix’s teen film The Kissing Booth and its sequels as well opening the door to other projects.

Riverdale seasons 1 to 4 are streaming on Netflix UK now

Related posts:
Kevin Dobson, ‘Knots Landing’ And ‘Kojak’ Actor, Dies At 77
Kai Havertz gets rave reviews in first Chelsea training session with new £70m star set to be ready for Brighton clash
Popular News
Fall Boots Await at This Amazing Ugg Flash Sale
22/09/2020
Man Utd wonderkid Ramon Calliste, called ‘the next Giggs’, now owns luxury watch business and makes £5m a year – The Sun
26/03/2020
Megan Thee Stallion Addresses Criticism Over Twerking: ‘I Love to Shake My A**’
26/03/2020
Police guard shops to stop coronavirus panic-buyers and enforce social distancing – The Sun
26/03/2020
Coronavirus: Good Morning Britain’s Dr Hilary reveals ‘game-changing’ self-testing kit
26/03/2020
Recent Posts
This website uses cookies to improve your user experience and to provide you with advertisements that are relevant to your interests. By continuing to browse the site you are agreeing to our use of cookies.Ok