McCarthy: We have to kill the Dems’ spending bill to save America

House Minority Leader Kevin McCarthy told "Kudlow" Tuesday the Democratic Party has become the "socialist, big government party" as they are in final push to pass their spending bill.

KEVIN MCCARTHY: Well, they're cooking up every time they get there. They're just trying to make the bill even larger. You know, 5 and a half trillion is not enough for them. So they're trying to spend more because that's where this new Democratic Party, they're not a Democratic Party anymore. They're a socialist big government party. You're right. If you want to save America, you've got to kill this bill. And it's not a number of bills. It's one large bill. They all go together. If the infrastructure bill passes, reconciliation passes. That's what they're trying to negotiate. That's what Speaker Pelosi has been saying all along. That's what the president's been saying as well.

She was supposed to she was supposed to bring it up on Monday, then she postponed it to Thursday and now it's left in limbo. I mean, the socialist wing is saying their vote against it. We'll see how big a block that they have. They say they have more than two dozen. Remember what's happening, though, at the same time, government funding shuts down. The fiscal year shuts down tomorrow. They control the House, the Senate and the White House and they try to create a crisis out of that. Also, transportation funding shuts down. If they don't do something, we need to do a continuing resolution, a clean one, and just move that forward and keep the infrastructure funding going right there.

WATCH THE FULL INTERVIEW BELOW: 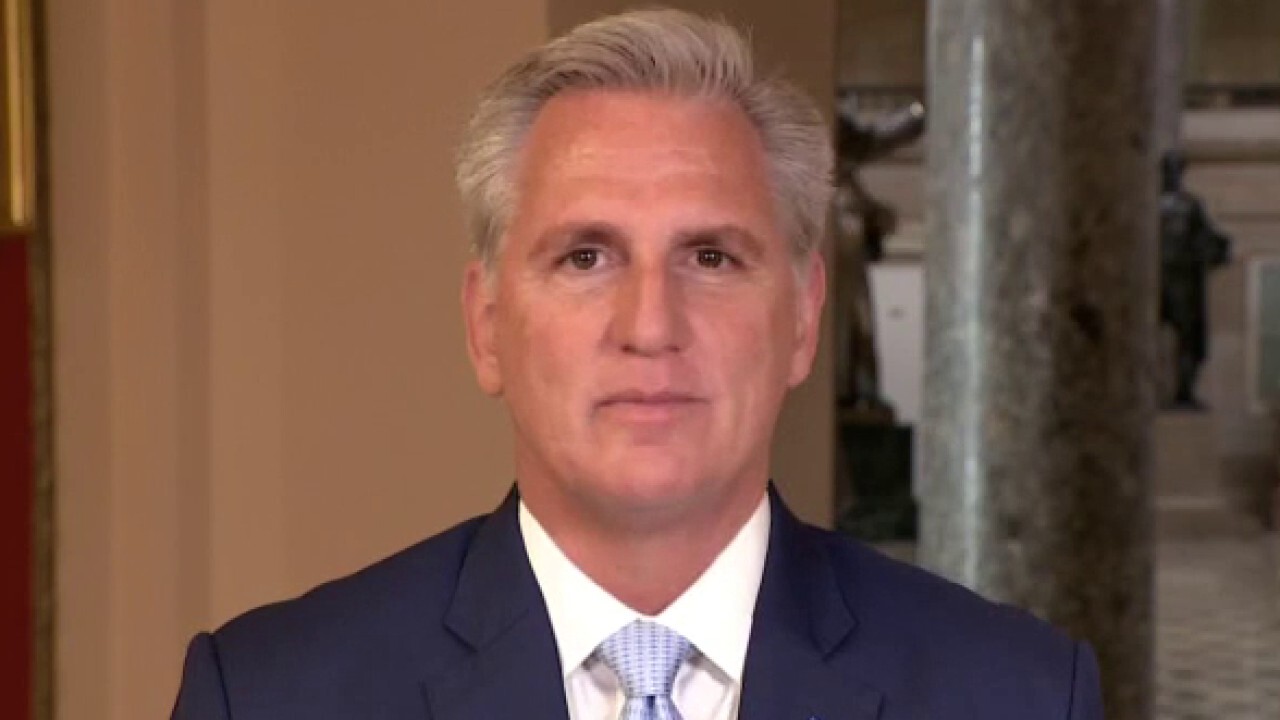 McCarthy: The Democratic Party is a socialist, big-government party with a spending problem