Like a vigilante, Saint Bodhi had to fight through darkness before rising up and into the limelight. Two years ago, the singer/songwriter from Los Angeles’ South Central neighborhood was homeless and struggling to navigate a community where many women are pressured into drug usage, undervalued, or mistreated as sex objects.

She hustled and pushed her way into as many studios as possible — and in 2019 she stoked a bidding war that landed her major record deal. But then, in 2020, when she was supposed to be growing her following and really making a name for herself, a global pandemic showed up with other plans. With touring and other in-person opportunities still off the table, Bodhi had to consider other ways to market her art.

On Wednesday, Bodhi’s label Def Jam will announce that it is working with Marvel Comics on a “special collaboration designed to integrate the voices of young Black creatives with one of the most transformative characters and storylines in graphic arts,” executives told Rolling Stone. Three of the label’s on-the-rise signees, Saint Bodhi, Bobby Sessions, and Kaash Paige, teamed up with Marvel writers to concoct their own character-specific short stories for Ta-Nehisi Coates’ final three issues of Black Panther — issues 23, 24, and 25.

Bodhi, who created an “emotional story grounded in tragedy and acceptance” for the character Storm, is first up. That Bodhi-assisted 23rd issue arrives in comic shops on February 24th. Sessions’ work, revolving around main character Black Panther, will appear in the 24th issue, which is slated for March. And Paige’s “tale about Wakandan princess Shuri and the power of knowledge” is part of the series finale in April. Exact dates are not yet available for the latter two, but more information will come in a matter of weeks.

Other acts who have historically jumped into the comic medium include KISS, The Black Keys’ Dan Auerbach, and Wu-Tang Clan, but Def Jam appears to be the first label to link multiple musicians up with a major comic book company. While Def Jam is always looking for innovative ways to amplify its artists voices, according to the label, it has been particularly hungry for new storytelling platforms amid the pandemic. General manager and executive vice president Rich Isaacson tells Rolling Stone that its partnership consultant Jonathan Rheingold — who had previously run the custom solutions group at Marvel — first brought the concept to his contacts at Marvel. “The project flourished from there. When we put the idea of a Black Panther collaboration out to Bodhi, Kaash and Bobby, their response was resoundingly enthusiastic, and the whole thing felt natural,” he says.

“I had so many plans for 2020,” Bodhi says, sighing. “My manager had set me up with a show opening up for Coldplay. I was like, ‘This is it. This is about to be my breaking point.’ And then, all of a sudden, the show got canceled because of the pandemic. Then everything else started to get canceled. This was supposed to be my year… I’m not going to lie. Mentally, I spiraled. It wasn’t good. My manager and I started to wrap our heads around it, like ‘This is the reality. How do we fight through this pandemic as an artist.’ That’s when we started going up. 2021 came around, and we’re going up even more. We just fought threw it.” 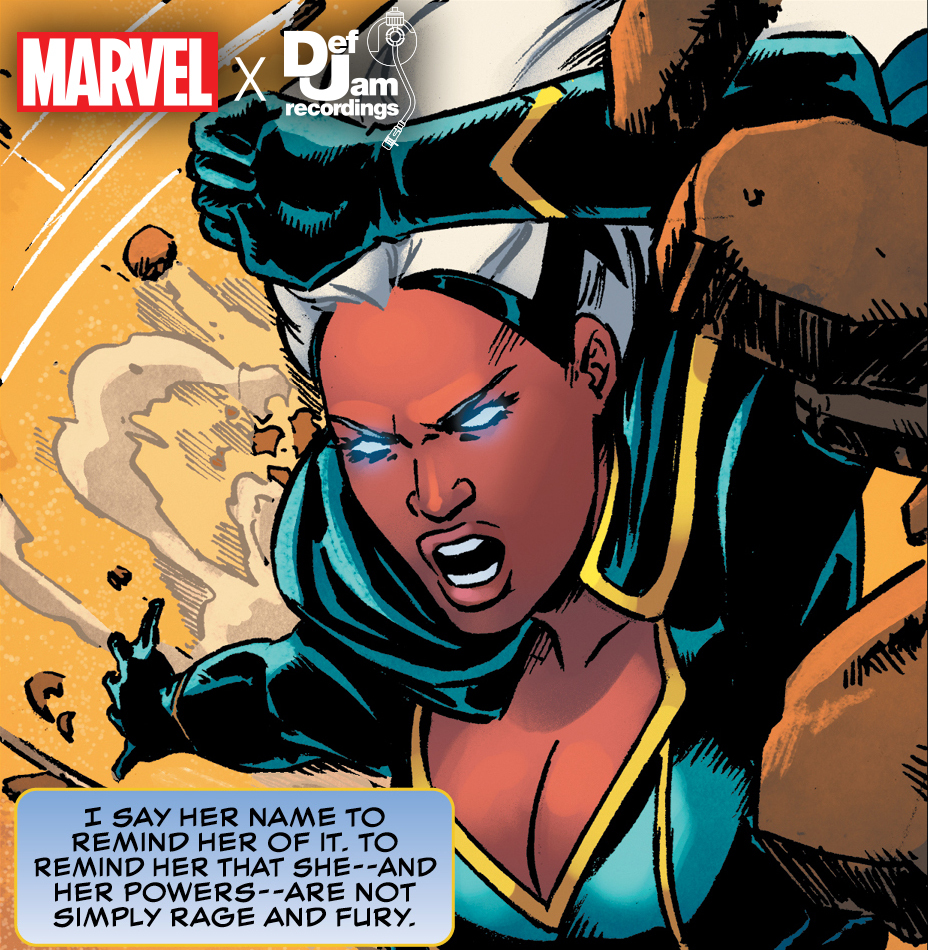 Isaacson says all three artists were able to lay groundwork and introduce themselves in 2020, pointing to Sessions’ soundtrack work on The Hate You Give and Coming 2 America, as well as Paige’s “huge viral hit” on TikTok, “Love Songs.” All three are also working on what he considers to be career-defining new projects, which will be released in the first half of 2021. Isaacson says the label’s confidence is high, adding: “Our challenge is to come up with new and out-of-the-box ways to market and promote, and this Marvel collaboration is a great example.”

Bodhi released her debut album Mad World, which she says was crucial to her “releasing her toxins,” in October. That project, which blends together elements of hip-hop, pop, and R&B in a cathartic exploration of trauma, also utilized unique marketing strategies. The album art included 10 planets that corresponded to each of the 10 tracks. These fictional planets were connected to zodiac signs picked by Bodhi to match the tone of the songs, and her team created horoscopes as well. So, when the opportunity to partner with Marvel for a special storytelling experience came about as she was transitioning from the Mad World rollout to the one for her forthcoming EP, Antisocial, Bodhi felt super-charged.

She was particularly excited to work on a story for Storm, collaborating with Marvel co-writer Danny Lore, artist Alitha Martinez, and colorist Rachelle Rosenberg. Bodhi based the narrative on her own life experiences, but through the lens of how she sees the character she’s long adored. “She’s like Mother Nature in my eyes,” Bodhi explains. Weather-related powers aside, Bodhi thinks Storm represents “the mother of everybody.” “I feel like she’s the strongest mutant,” she says.

To kick off the initial writing process, Bodhi says she got in her car and took a long drive. She conjured up two different stories. “This one is about a girl in Africa who’s struggling with her anger issues after her family is murdered,” Bodhi says. “She was about to destroy the world. The whole world was about to crack open because of her anger, and I thought Storm was best suited to go help this little girl… Storm also dealt with a lot of trauma when she was growing up.”

That messaging is, in a way, reflective of Bodhi’s own past. “Especially before the pandemic, mentally and emotionally, I was going through my own personal shit. I was about to blow the fuck up. My manager came in, and she was like, ‘You should try meditation and mantras.’ She wanted me to try all these things that were so different for me because I’m from the hood. She had a big part in the positivity of my life,” she says.

Talking about her EP, due later this spring, she says: “I feel like I’m maturing a lot with my sound.” In Antisocial, she plans to further explore her “sexuality, femininity, aggression, happiness, and vulnerability.” Bodhi hopes her art will encourage women to embrace their power on their own terms. “Where I’m from, Black girls are either prostituting, they’re on drugs, or they’re doing some loud shit… Girl, you are more than that. If I can say that to someone listening and help them out, then perfect.”