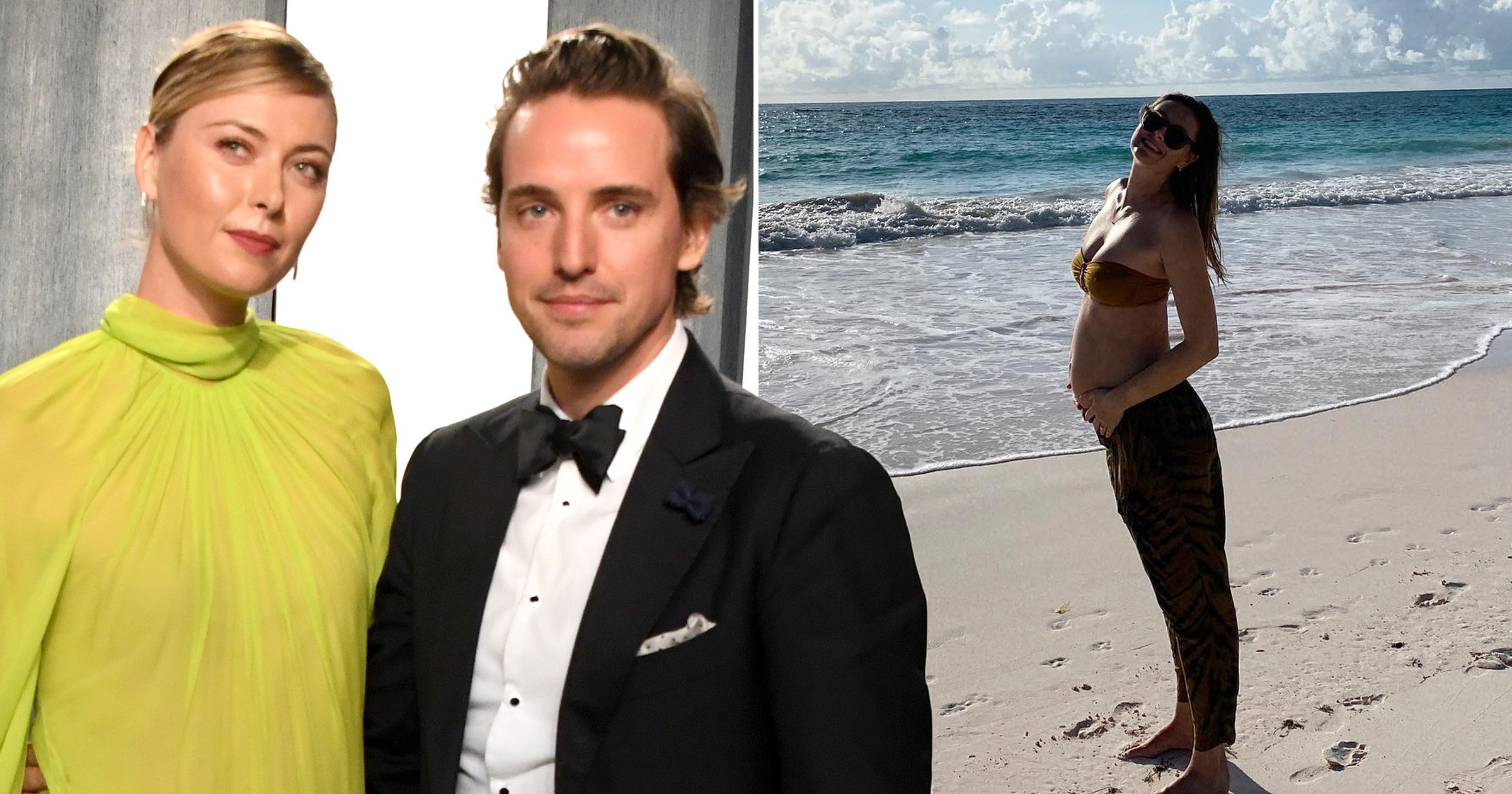 The retired tennis legend shared the exciting news on her 35th birthday with a sweet photo of herself cradling her growing baby bump on the beach.

Tagging Alexander, she wrote in the caption: ‘Precious beginnings!!! 🤍👼🏻 Eating birthday cake for two has always been my specialty ☺️🐣🎂’.

Fans and friends are thrilled for the couple, with Lily Collins writing: ‘Ahhhh 😍😍😍😍 congrats you guys!!!!’.

Model Helena Christensen added: ‘Yessss mama and papa this is so wonderful ❤️😍❤️’.

The couple began dating in 2018 and got engaged in December 2020, with Maria writing at the time: ‘I said yes from the first day we met ❤️ This was our little secret, wasn’t it @gilkesa.’

Sportswoman Maria clearly had a birthday to remember, with the star thanking everyone for their messages on her big day.

‘Waking up in paradise and to so many beautiful birthday messages,’ she wrote, adding: ‘Thank youuuu’.

Maria hasn’t shared where she and Alexander are staying, but has been making us all kinds of jealous with idyllic snaps – safe to say it looks absolutely gorgeous!

Known as one of the world’s best tennis players, Maria retired from the sport in 2019 after winning five Grand Slam titles and becoming a world No. 1.

Her record was later broken by Naomi Osaka, who earned $37.4million (£30.7m) in 2020 from prize money and endorsements, setting a new record.

At the time of her retirement, she wrote for Vogue and Vanity Fair: ‘How do you leave behind the only life you’ve ever known?

‘How do you walk away from the courts you’ve trained on since you were a little girl, the game that you love—one which brought you untold tears and unspeakable joys—a sport where you found a family, along with fans who rallied behind you for more than 28 years?

‘I’m new to this, so please forgive me. Tennis—I’m saying goodbye.’