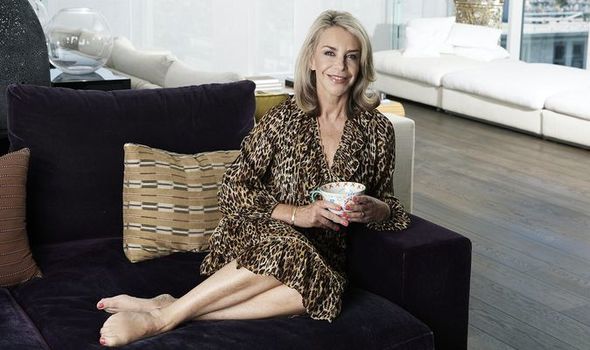 Leslie Ash may have just celebrated her 60th birthday before Britain went into lockdown, but the former Men Behaving Badly star is determined to embrace the next decade as she reveals she can’t wait to be a grandmother. And despite joking she would rather have been turning 50 instead of 60 in February, the actress – who has also starred in Quadrophenia, C.A.T.S. Eyes and Where The Heart Is – has plenty of reasons to feel grateful.

In 2004, Leslie, who was 44 at the time, contracted MSSA, a variant of the MRSA bug, and she was hospitalised for three months.

She had got the infection – she believes from an epidural needle – after being admitted with cracked ribs, and for weeks it was unclear whether she would walk again. Her husband, the former footballer Lee Chapman, and her two sons, Joseph and Max, were warned that she might die.

Thankfully, she pulled through, and after a long period of recuperation, she is now stronger, wiser and more determined than ever to appreciate every single day.

It’s very understandable that, given her horrendous hospital experience has been so well documented in the past, Leslie doesn’t want to dwell on it today, but she says without the love and support of her husband, the actress doesn’t know how she would have coped.

“Lee has been such a great influence on my life,” she confides. “We have been together for 33 years and married for 32. You have got to have love [for a marriage to work].” 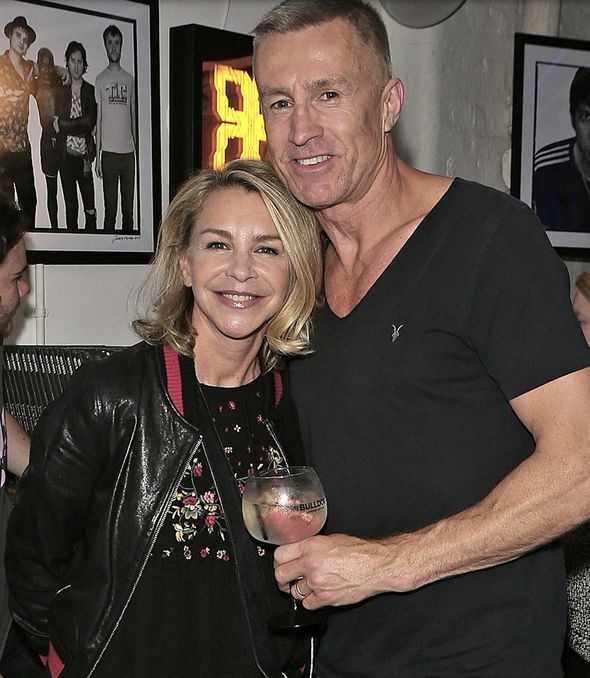 “You have to appreciate each other and give a bit of space every now and again, even if it is just walking into another room.”

“Do I believe in fate that we met? I do believe in it, although it is pretty hard to understand what I did wrong to deserve some of it. But we have two amazing kids and they are our lives. We are a really close family and I can’t wait to be able to have them over for a Sunday lunch [when life returns to normal].”

“My eldest, God willing, is coming back from Australia in July. He’s engaged and Max is also living with his girlfriend. I am hoping that in the next five years I should be a grandmother. I am so excited!”

So how is Leslie coping in lockdown? “When you get to 60, every day is a bit of a lockdown day really,” she replies, bursting into laughter as she does.”

“We have a dog and so we are going out every day to take her for a walk. I am catching up on a lot of TV and I am also doing a lot of cooking. I think I must have put on about five pounds already but I am walking up nine flights of stairs to get to our flat – I can’t run and it’s the only way I can get out of breath!”

She says she misses going to the gym, something she would normally do three times a week, as well as dining out at restaurants and popping into the couple’s @Bar & Bites restaurant and bar in Clapham, London.

“We had to get through all the Brexit thing, then Dry January and now this,” she chuckles. “They are really throwing everything at us.

But we are still looking forward to opening again and holding all those birthday parties and anniversaries people missed.” 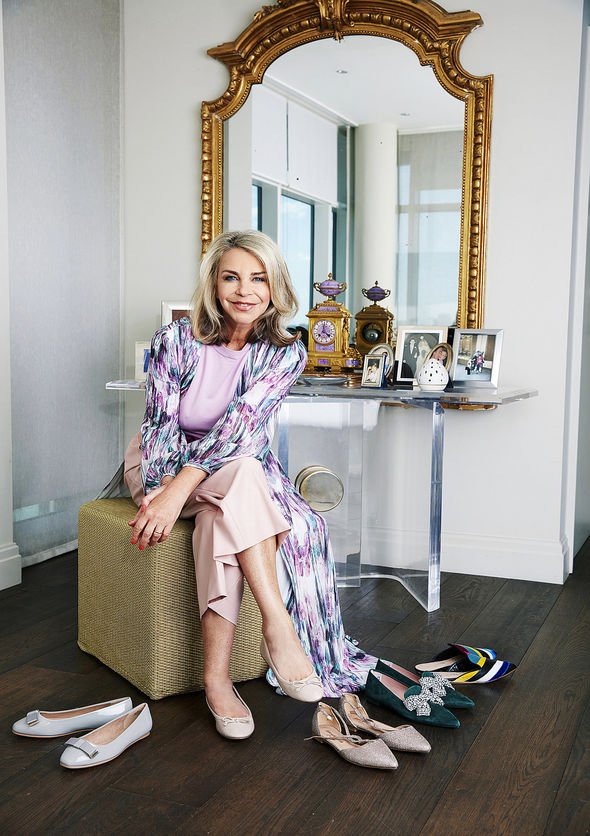 A warm, likeable and incredibly honest person, Leslie is one of the nicest people you can ever have the pleasure of interviewing. Her refusal to let anything drag her down is admirable. Leslie was at the height of her fame when she was hospitalised, and TV work has virtually dried up ever since.

While she acknowledges it took her a while to get back to full fitness, Leslie is refreshingly frank about the reasons why she has been unable to find the same level of pre-hospitalisation success. The lack of roles for older women, she explains, is terribly frustrating.

“But in my business it is such a shame there aren’t a lot of parts for women in their fifties. They pretend there are but thereisn’t really an abundance of parts. And then at 60 you go into another period where there is not a lot of women on TV. I can count on one hand the number as they use the same people all the time.”

She pauses and then poignantly adds, “It was initially quite shocking for me when, at only 44, I came to a bit of standstill. But you do have to find other things.”

And Leslie admits it’s all too easy to lose contact with former co-stars.

“The stuff you do in your thirties and forties – even with Where The Heart Is – it is such a strange business as you work so closely every single day and then as soon as it is over, you don’t really keep in touch. But I have got a lot more time now and I have started appreciating people a lot more.”

Thankfully, Leslie has found a new project to work on that brings her a lot of fulfilment. In fact, she is having a blast. 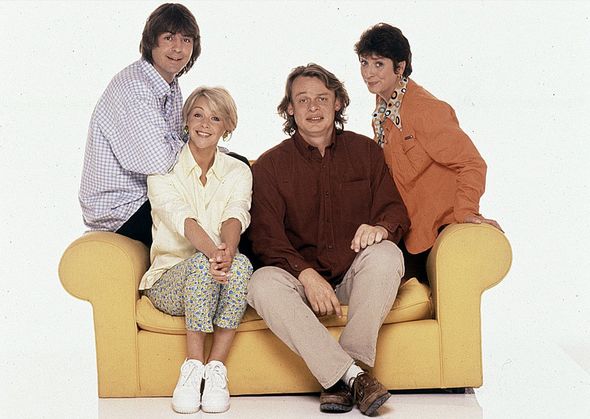 Together with her friend, Elaine Sturgess, she has set up a digital books platform, BooksOffice, which gives unsigned authors the chance to turn their works of art into a screenplay.

She enthuses, “My friend Elaine had this idea of BooksOffice that allows authors published or self-published a chance to
take their stories from book to screen.”

“Now, because of the lockdown, we had to think on our feet and we thought we would bring these wonderful and diverse stories directly to the public by live streaming on Zoom. We were so amazed by the response from so many great actors, and we are all having so much fun every week.”

“The money goes to the NHS. We are asking for a donation of a minimum of £5 but each book takes three days and everyone will be really entertained. It’s lovely to have found something that I find fulfilling.” 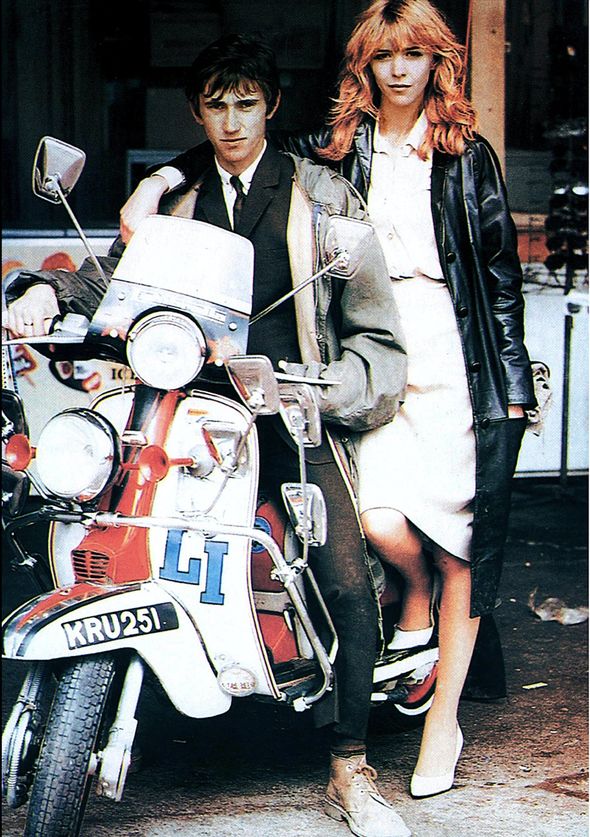 Leslie says she can’t wait to see where the digital venture will take her next, but one thing is for sure; the lockdown has definitely changed her outlook on life.

“I am hoping people will learn that we all need a bit of space,” she confides.

“I have learnt who my friends are and that sometimes you just need to separate the wheat from the chaff.”

And with that parting shot, Leslie dashes off to prepare for her next book reading session on Zoom.

For more details about how you can join BooksOffice or buy tickets in aid of the NHS to hear a book read and acted live on your screen by actors, go to booksoffice.com.