Home » Celebrities » Kudlow: This is truly a woke budget

Kudlow: This is truly a woke budget

Kudlow: This is a pro-inflation budget

It used to be that presidential fiscal policy was used as a weapon to promote economic growth.

I can go all the way back to President John F. Kennedy, who promoted 5 percent growth, and he slashed taxes to get there, following the stodgy high tax multiple recession Eisenhower years.

Richard Nixon promoted growth the wrong way by devaluing the dollar, gunning the money supply and imposing wage and price controls, but at least he did want growth. It was just the wrong growth.

BIDEN’S $5.8T BUDGET PROPOSES ONE OF THE ‘LARGEST’ INVESTMENTS IN US NATIONAL SECURITY AMID WAR IN UKRAINE 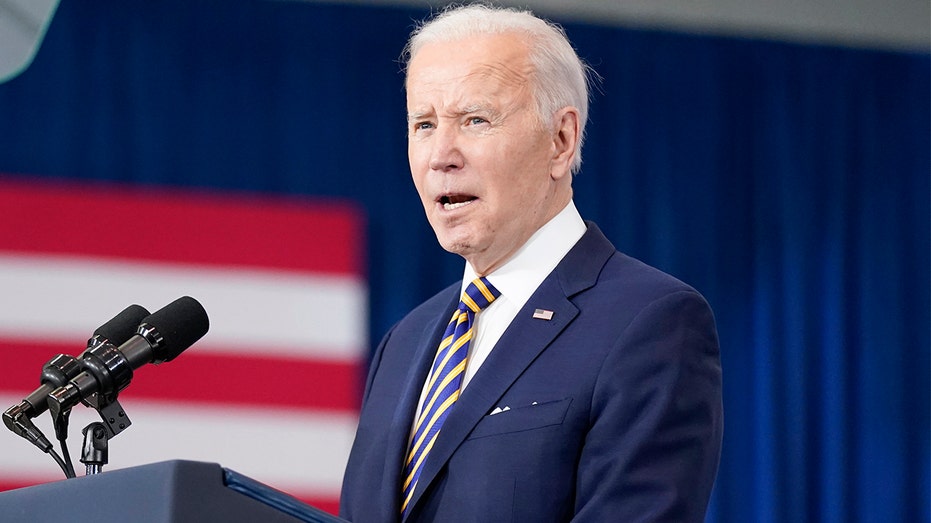 Ronald Reagan was the quintessential growth president — slashing taxes, de-controlling oil, deregulating large swaths of the economy, and giving Paul Volcker the ground to stand on in order to fight inflation.

Bill Clinton had a rough first couple years with low growth, high taxes and Hillary-care, but he wised up in his second term and slashed the capital gains tax, balanced the budget, and reformed welfare all in partnership with the Newt Gingrich Republican Congress.

Barack Obama didn't care much about growth, being a redistributionist, and an income leveler and he didn't get it. During the Obama years, it was called secular stagnation.

Donald Trump loved growth. As a former businessman, he always told people "swing from the heels," "take big risks," "shoot for the moon" and he slashed taxes across the board, especially business taxes. He deregulated everything and he gave special support to America's entrepreneurial frackers who made us energy independent.

Now comes Joe Biden. Mr. Biden's budget, put out yesterday, continues his tradition of big government socialism. He is going to spend big, tax big, and regulate big. The only thing he wants to limit is the fossil fuel industry.

What's so interesting about Biden's budget is for all of his left-wing approaches, there's no growth. From 2022 out to 2032, in the 10-year budget window, Mr. Biden's budget shows essentially 2 percent growth. More secular stagnation. More of the Obama-Biden neglect of growth.

Trump was a pleasant interlude but now climate change, social justice, critical race theory — all more important than growth or incentives for growth.

Really, if I believed in his socialist model, I would want to argue its superiority to free enterprise capitalism by showing off growth. One of the things that made China a world player was Deng Xiaoping liberalized the economy and China grew in double digits and became a big shot, but Mr. Biden doesn't want to be a big shot. 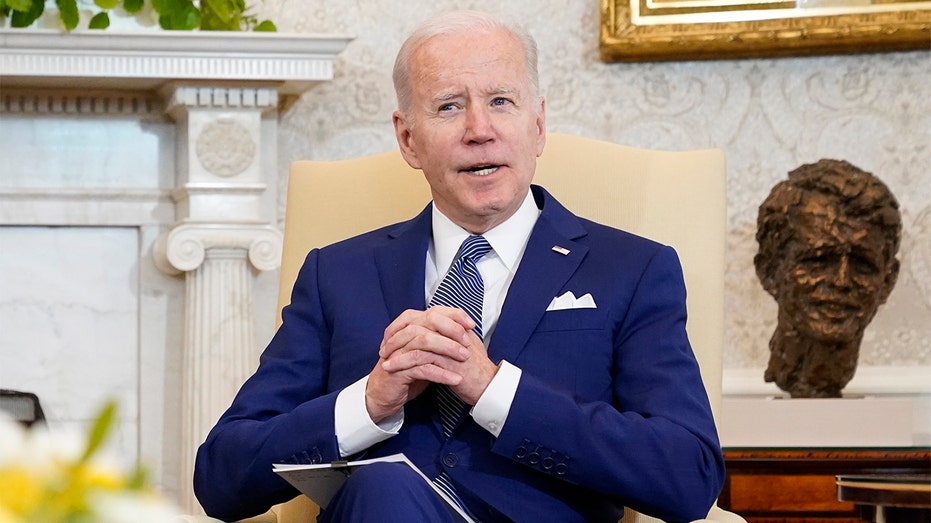 This is nothing if not confiscatory taxation and if legislated it will demoralize the animal spirits of all the inventors and innovators and risk-takers in the economy that made America great. Not growth, stagnation. Not growth, redistribution. Some of the numbers are illuminating.

Biden would raise taxes by $2.6 trillion over the next 10 years. That is a very big number. By the way, he raised the corporate tax from 21 to 28 percent, and he's also intending to slap a minimum tax on the foreign earnings of U.S. corporations.

This year's deficit comes down as pandemic emergency payments presumably come to an end, but after that, the deficit gradually rises over the next 10 years from $1.4 trillion to $1.8 trillion.

In the next year, for example, Defense spending is only up 4 percent, which — despite Biden’s phony budget assumptions — in the real world will be about 6 percentage points below inflation. 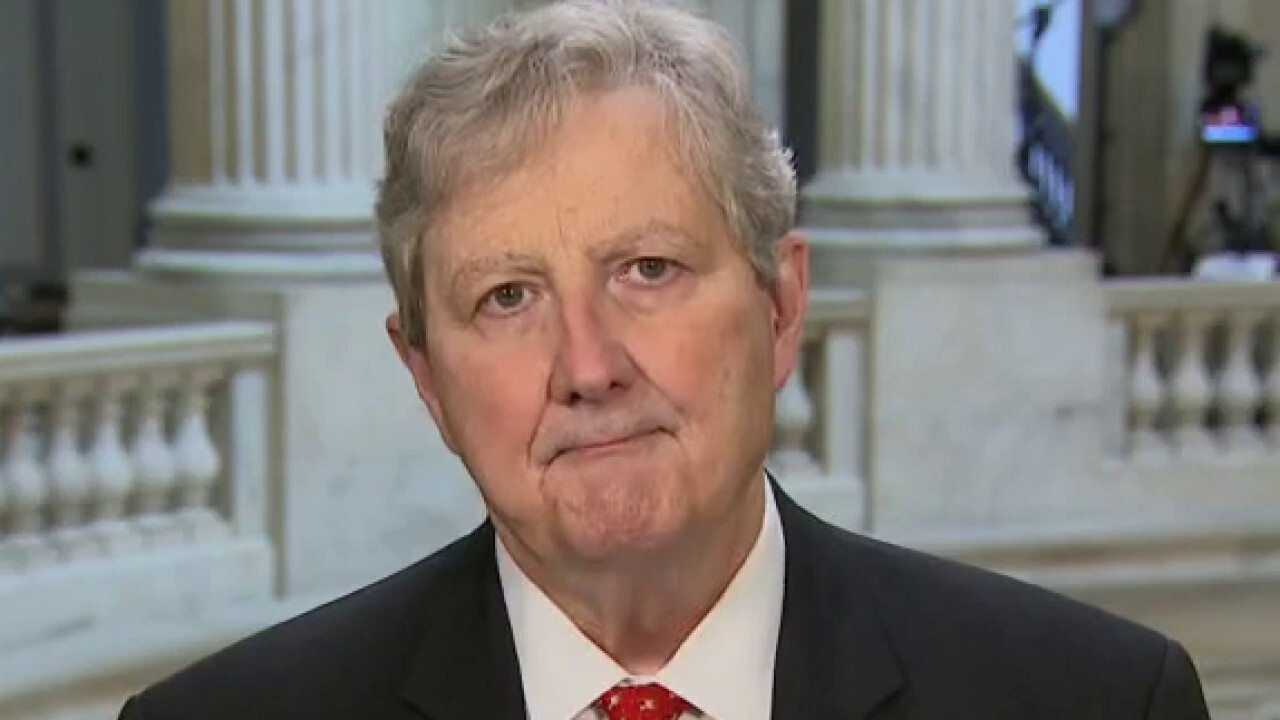 Sen. John Kennedy: Biden’s budget will be kerosene on the fire for inflation

It is also a pro-inflation budget because deficit spending goes on forever and that will put great pressure on the Federal Reserve to finance it with exorbitant money creation — exactly the combo that generating the Biden inflation crisis in the first place. There's no change. I recall my great friend and mentor Art Laffer: "If you tax something, you get less of it."

Well, Biden is virtually taxing everything and that includes his inflation tax. Everybody's going to lose, but middle-income working folks will wind up losing the most because the dollars in their purses will be worth vastly less. They'll buy fewer goods and services. There will be fewer job opportunities because investors won't invest and new business starts won't happen.

Technology and innovation will be blunted. Free market enterprise is all about incentives. Socialism is all about redistribution — taking from Peter to pay Paul, enhancing the power of government and its central planners.

This is a big government socialist budget. It is anti-growth. Save America, kill the bill. Pray the cavalry comes soon.

10 Best Calming Treats for Dogs and Other Pets for 2022
'Our life has become one of survival': The cost of living in 2022
Popular News
27% of consumers in relationships expect Valentine's Day spending may cause them to rack up credit card debt
08/02/2023
Man Utd wonderkid Ramon Calliste, called ‘the next Giggs’, now owns luxury watch business and makes £5m a year – The Sun
26/03/2020
Megan Thee Stallion Addresses Criticism Over Twerking: ‘I Love to Shake My A**’
26/03/2020
Police guard shops to stop coronavirus panic-buyers and enforce social distancing – The Sun
26/03/2020
Coronavirus: Good Morning Britain’s Dr Hilary reveals ‘game-changing’ self-testing kit
26/03/2020
Recent Posts