Kourtney Kardashian Responds After Travis Barker Suggests She Bites Him

Travis Barker and Kourtney Kardashian are continuing their PDA-fest with yet another suggestive post.

Barker, 45, posted a few photos of himself shirtless while playing with his French bulldog, Louis, via Instagram on April 25. “Dogs never bite me. Just humans,” he wrote in the caption.

Kardashian, 42, didn’t let followers wonder for long about the nature of his remark. She responded with a simple vampire emoji. The rocker replied to her comment with a drop of blood emoji. 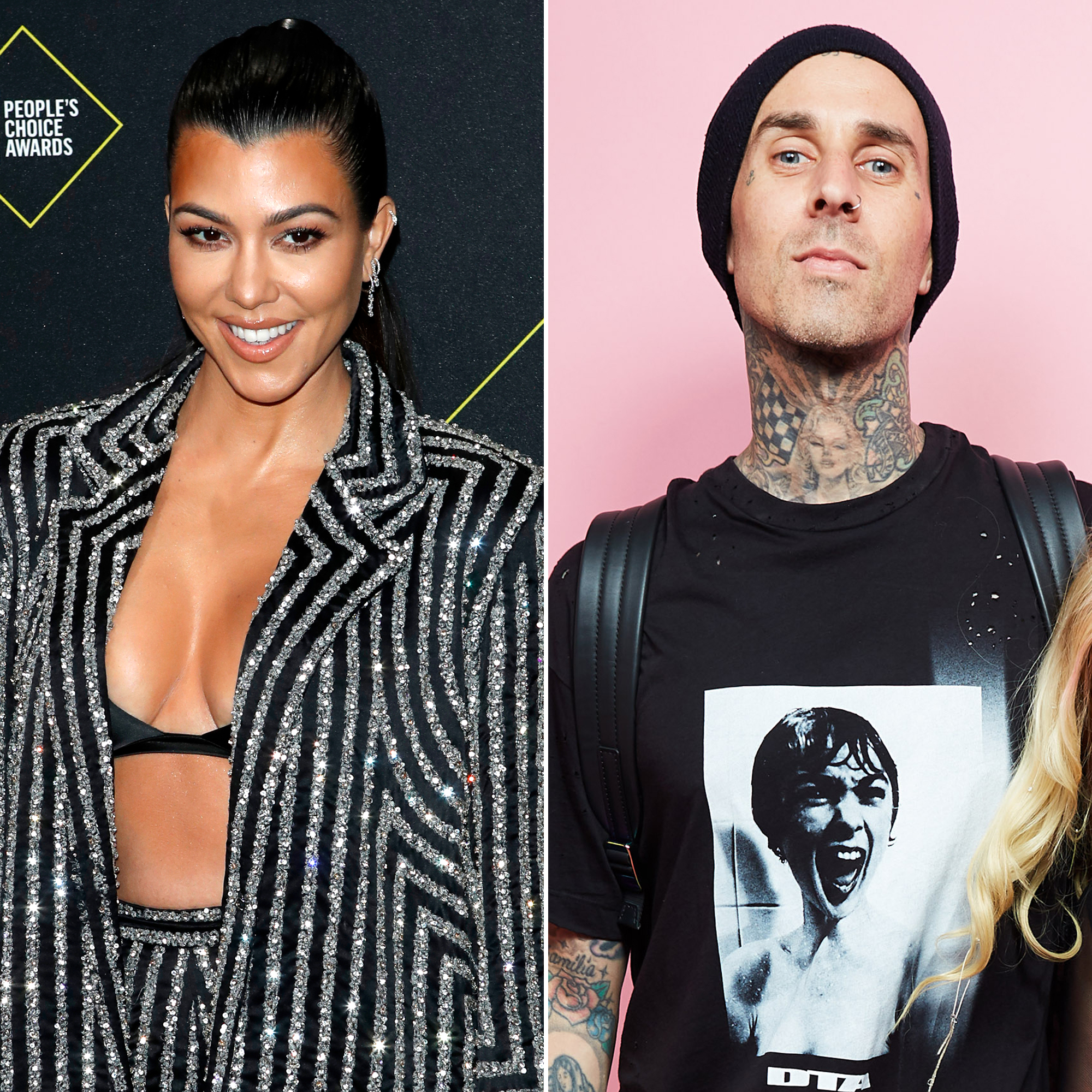 Fans were eating up the vampire comparison in the comments section. “Kravis is what we all needed,” one fan commented.

“Officially submitting my application to be a sister wife,” another wrote.

The new couple have been publicly declaring their love often and loudly. Barker shared plenty of photos of them making out and even a video of Kardashian sucking his thumb for her birthday on April 18.

A source exclusively confirmed to Us Weekly that the Blink-182 drummer had permission from the Poosh founder before posting the steamy pics. “Their relationship has gotten more serious,” the source explained to Us. “Travis’ post on Instagram was just him wanting to let everyone in the world know how crazy he is about her.”

Us confirmed the couple had been dating “for a couple months” after they sparked dating rumors in January after being friends for “years.”

Another insider told Us that Kardashian’s spiritual journey has allowed her to open up to Barker and fall in love. “Kourtney has heavily gotten in touch with her spiritual side,” the insider said. “The more she’s gotten older and tapped into motherhood, the more she trusts herself. Kourtney is tapping into her mind and slowing down more. … She’s really happy with Travis and she’s gotten a lot of approval on him as well.”

Kourtney Kardashian’s Love Life: A Timeline of Her Dating History

The Barker Wellness Co. founder and Keeping Up With the Kardashians star have plenty in common too. Both are parents. Kardashian is mom to Mason, 11, Penelope, 8, and Reign, 6 whom she shares with ex-boyfriend Scott Disick. Barker shares son Landon, 17, and daughter Alabama, 15, with ex-wife Shanna Moakler.