Kanye West may be in the midst of a divorce from Kim Kardashian, but a few of the reality star’s family members still send him love on his 44th birthday.

Khloe Kardashian was the first KarJenner family member to publicly wish Kanye West a happy birthday on June 8. She shared a photo of herself, Kanye, Kim Kardashian and Tristan Thompson in the ocean on vacation. “Happy birthday to my brother for life!!!!” she captioned the photo. “Have the best birthday Ye! Sending you love and endless blessings!!!”

The birthday love comes despite Kanye and Kim’s divorce. Kim’s mom, Kris Jenner, also gave ‘Ye a shoutout on his big day. She posted a photo of them together on her Instagram Story and wrote, “Happy Birthday @KanyeWest.”

Kim filed for divorce from Kanye in February. On a recent episode of Keeping Up With the Kardashians, which was filmed in December, she revealed that “constant fighting” with her husband was getting to her. She also said that her and Kanye’s lifestyles were no longer matching up, as he was spending all of his time in Wyoming, and she wasn’t able to pack up her life and move there with him.

Of course, Kim and Kanye share four kids together, so he’ll always be a part of the Kardashian family’s lives. During the KUWTK episode, Kim praised Kanye for being an “amazing dad,” too. “He deserves someone who can go support his every move and follow him all over the place and move to Wyoming,” Kim said, through tears. “I can’t do that. He should have a wife who supports his every move and travels with him and everything. I can’t do that.” 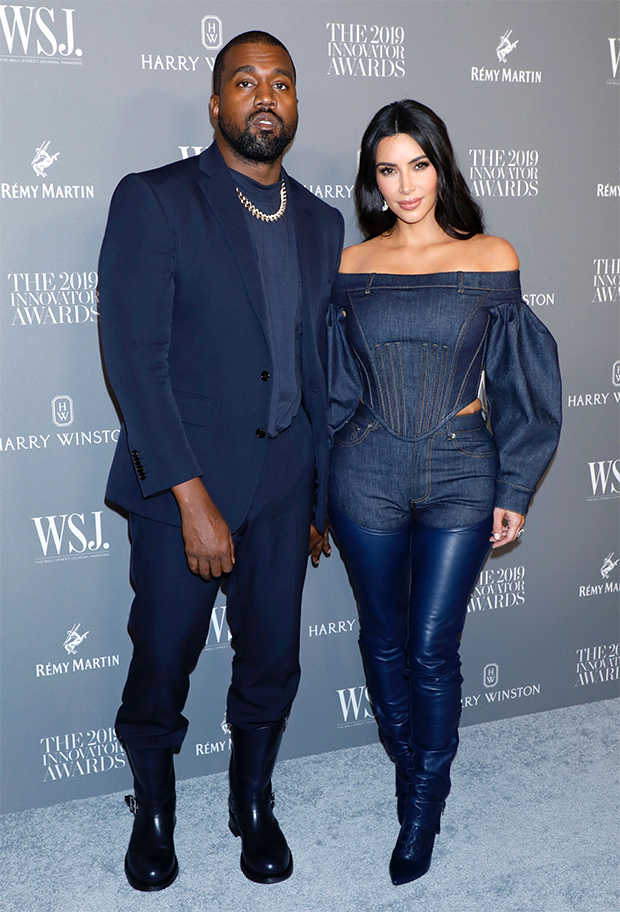 Kim and Kanye’s marriage issues started during the summer of 2020. Kanye had gone on various Twitter rants and publicly revealed in a presidential campaign rally speech that he and Kim almost aborted their first child, North West. On Twitter, he claimed that Kris and Kim tried to “lock him up.” At the time, Kim explained that Kanye’s behavior was due to his bipolar disorder, and the fact that he’s a “brilliant, but complicated person.”

Kim flew to Wyoming to try and work things out with her husband, and they were on better terms for the next few months. However, the fighting and distance clearly eventually caught up to them, leading to Kim’s decision to file for divorce.