Kate Winslet has opened up about how she refused to let Mare of Easttown director, Craig Zobel, edit her body for her character’s sex scene with Richard Ryan, played by Guy Pearce.

In an interview with The New York Times, Winslet acknowledged that her character Mare Sheehan’s distinctly unfiltered appearance has got people talking, pointing out that she knew people would be saying, “Oh my God, how can she let herself look so unglamorous?”

Winslet added that when Craig Zobel, the show’s director, informed her he would cut “a bulgy bit of belly” from her sex scene with Pearce, she told him, “Don’t you dare!”

As if we didn’t already love her enough, she also rejected Mare of Easttown‘s promo poster twice over concerns that it was too retouched, saying “Guys, I know how many lines I have by the side of my eye, please put them all back.” 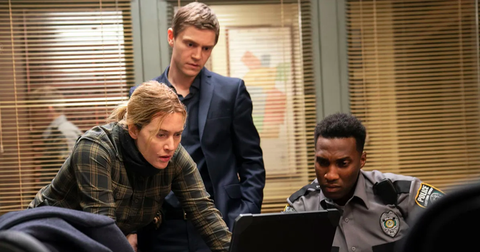 Explaining her reasoning for not wanting her character’s body to be edited, Winslet explained that Mare is a “fully functioning, flawed woman with a body and a face that moves in a way that is synonymous with her age and her life and where she comes from.”

Mare of Easttown came to a jaw-dropping conclusion last night and one of the main takeaways from the show has been Kate’s performance. Many fans took to Twitter to show their appreciation: