Kate Hudson thinks Matthew McConaughey has a good chance of becoming a politician.

In recent months, the “Dallas Buyers Club” star has openly contemplated running for office, seemingly leaning toward making a bid for governor in the state of Texas. As midterms inch closer, McConaughey’s former co-star spoke out about his chances of election.

“I have not heard this. This is the first I’m hearing of McConaughey getting into politics,” admitted Hudson, 42, on a recent episode of Rob Lowe’s “Literally!” podcast when asked if she’d help her former co-star’s campaign. Lowe’s mention of the notion even left her speechless for a moment.

“I guess it depends on what kind of, you know, platform he’s running on,” she added, per Mediaite.

McConaughey, 51, and Hudson were, for several years, two of the biggest names in the rom-com genre and appeared opposite one another in “How to Lose a Guy in 10 Days” and “Fool’s Gold.” 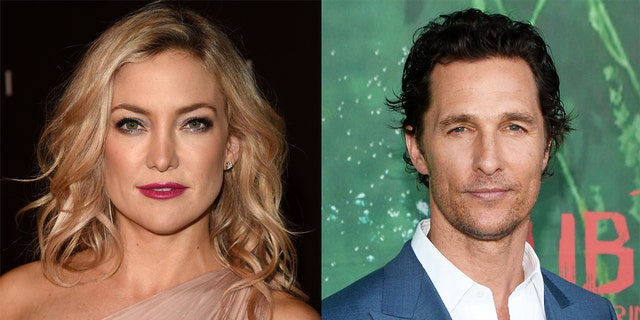 Kate Hudson said that she believes Matthew McConaughey has ‘a real chance’ of being elected governor of Texas.
(Getty Images)

“He’s a really interesting guy. If he does want to get into politics, I believe that … you probably wouldn’t get a politician who would care as much as he does, you know?” continued the Oscar nominee. “I think he’s very authentic … But the governor of Texas is a big job.”

She added: “But I actually feel like he’d have a real chance.”

The “Music” actress said that the news of McConaughey’s potential run for office was “really shocking” to her.

“I’m one of those people who, I don’t look at things,” she explained. “I turn my news ticker off. So, clearly, I’ve missed this.”

Regardless of how surprised she was to hear the news, she pointed out a positive quality that would help McConaughey in the political arena. 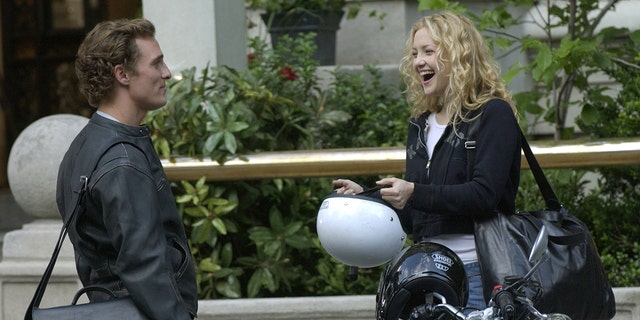 Matthew McConaughey and Kate Hudson on the set of ‘How To Lose A Guy In Ten Days.’ (Photo by RJ Capak/WireImage)

“What I love about Matthew is he doesn’t really have anything to hide,” explained Hudson before joking: “No one’s more fun on a couple tequilas, doesn’t mean he can’t run a state.”