It was a historic day in the U.S.

Vice President Kamala Harris and Speaker of the House Nancy Pelosi made history during President Joe Biden’s first address to Congress on Wednesday. The two female politicians were applauded and praised as they took their places on the dais, as it marked the first time that two women sat behind the President during an address to Congress.

“Madam Speaker, Madam Vice President. No president has ever said those words from this podium,” Biden exclaimed as he kicked off his first joint session of Congress, adding, “And it’s about time!”

Harris, 56, and Pelosi, 81, commemorated the special moment by sharing an elbow bump and also applauding one another.

"No president has ever said those words from this podium…and it's about time!" 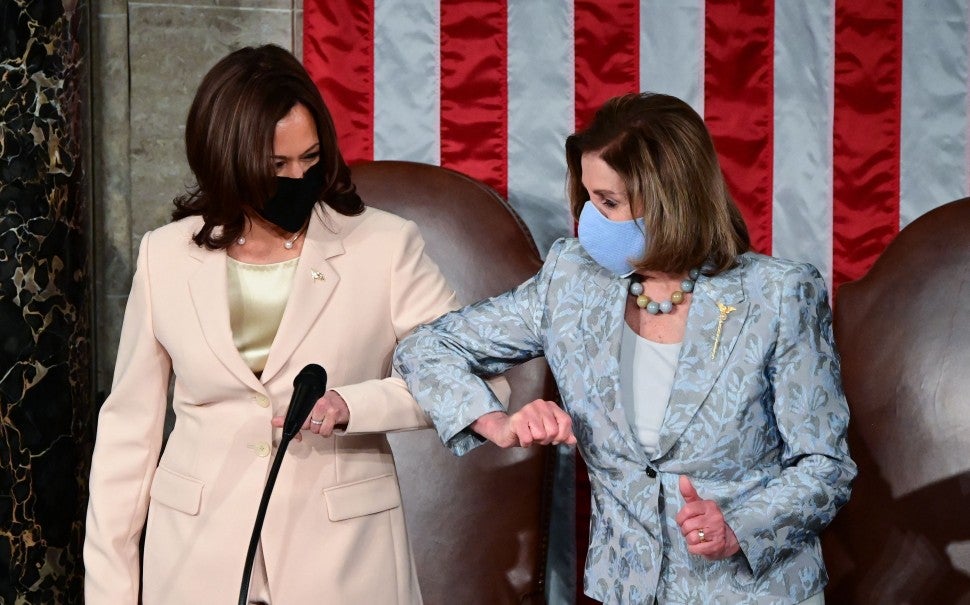 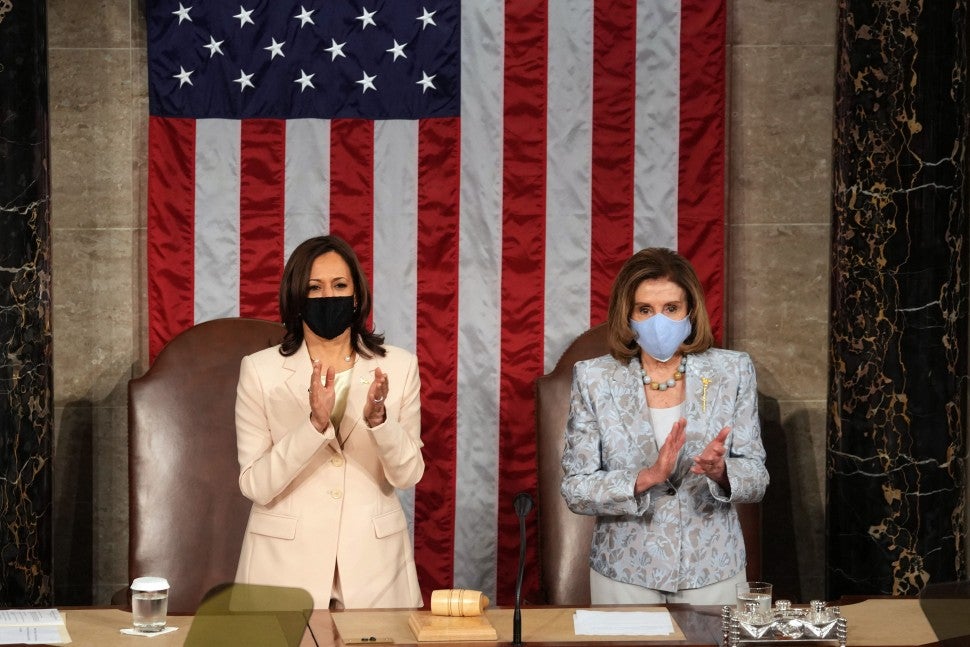 Before taking her seat and walking into the House Chamber, Harris was asked by ABC reporter Allison Pecorin, “What is the significance of two women sitting behind the President tonight?”

This is history right here. #herstory#JointSessionpic.twitter.com/uEJKvk2pOL

Yvette Nicole Brown also celebrated the moment, tweeting in part, “Tonight two brilliant, principled women will be standing behind @POTUS…Thanks for being role models for us all @SpeakerPelosi and @VP.”

Tonight two brilliant, principled women will be standing behind @POTUS. And because of @emilyslist I got to meet and introduce one at an event and cyber meet & interview the other. Thanks for being role models for us all @SpeakerPelosi and @VP 💖💚!

I'm crying with joy watching @VP Harris take her place on the podium next to @SpeakerPelosi before @POTUS Biden speaks!#BuildBackBetter#MVP#History#WinWithBlackWomenpic.twitter.com/SRzGkbA4np

I don’t mind saying that this gives me thrills. #[email protected]@VPpic.twitter.com/Ae9H3vaYUI

#Herstory love me some Kamala and Nancy pic.twitter.com/AN2ScWCR7C