In an EXCLUSIVE interview with HL, Jenni ‘JWoww’ Farley opens up about her relationship with Zack Carpinello and explains why they got back together after his shocking behavior in Las Vegas.

On this season of Jersey Shore, viewers will get to see the aftermath of Jenni “JWoww” Farley and Zack Clayton Carpinello’s February 2021 engagement. Although the two are blissfully happy now it took some time for them to get to this place. In fact, back in 2019, they briefly broke up after Zack acted inappropriate with Jenni’s Jersey Shore castmate, Angelina Pivarnick, during a trip to Las Vegas. Angelina accused Zack of “grabbing [her] a** and side” during a night out in the club. At the time, JWoww didn’t believe her, but when the footage aired in Oct. 2019, she saw for herself.

Now that she and Zack have put this mess in their past, JWoww opened up about why she took him back. “It just came down to there being a six month gap between Vegas happening and it airing,” she explained to HollywodLife EXCLUSIVELY. “Nobody wants to know what I did on my first time in Vegas! We were one month into our relationship [when it happened], and then seven months into our relationship when it aired. So it really came down to who that person was during those six months, not who he was during that one night in Vegas.” 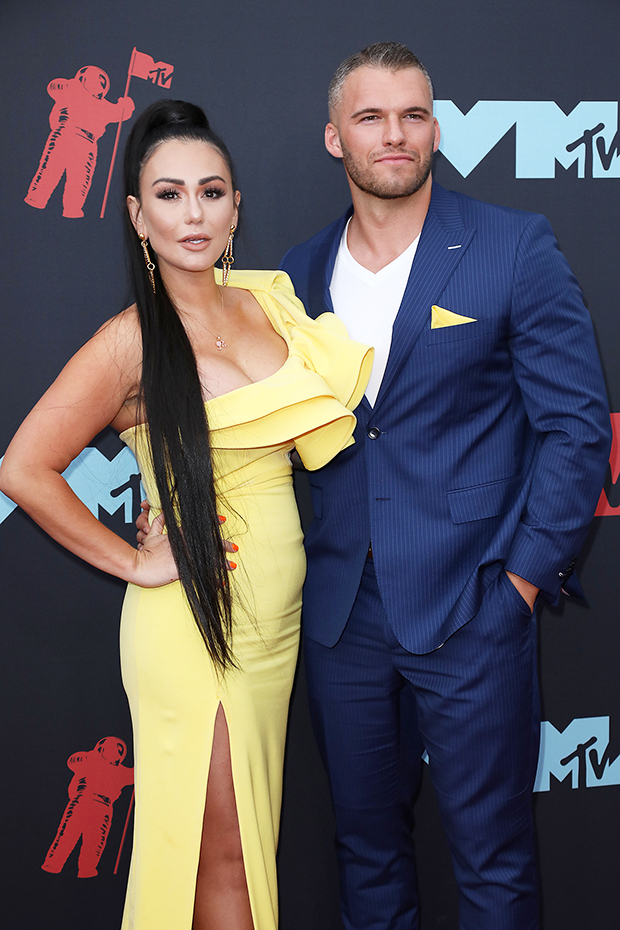 She added that Zack “put so much effort into the relationship” after the breakup. “There’s so much love with myself and my children,” Jenni explained. “So we decided to give it a real go ahead and I have zero regrets.” JWoww’s close friend, Deena Cortese, defended her decision to take Zack back, too. “In his defense, coming to film with us, especially the first time…it can be intimidating,” she explained. “And sometimes you don’t act yourself.” Zack also “hasn’t really drank” since the incident in Vegas, Jenni confirmed.

When the Las Vegas episodes aired in 2019, JWoww took to Instagram to reveal how betrayed she felt. “I’m pretty hurt,” she admitted. “I feel disrespected by someone I called a friend and by someone who stated they loved me. For five months, I was kept in the dark about this. For five months, I was naive, probably laughed at, and made into a storyline that will forever haunt me. My heart hurts on so many levels. One thing I learned from tonight’s episode is know your value. Don’t ever lower your standards.” 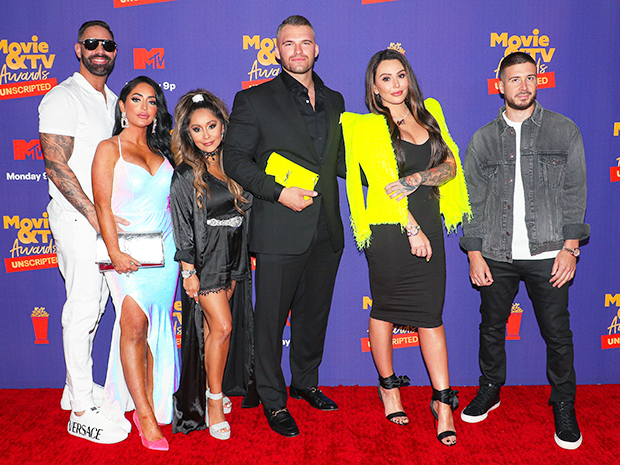 JWoww actually knew Zack long before they got together. In fact, he was in attendance at her wedding to Roger Mathews in 2015. After she and Roger split in 2018, it didn’t take Zack and JWoww long to reconnect. By April 2019, they were Instagram official. Although the two briefly split In Oct. 2019, they were back to showing their love for one another on Instagram by the end of that year.

In Feb. 2021, Zack proposed to JWoww on top of the Empire State Building. The proposal went down on her 35th birthday (Feb. 27), although the lovebirds waited a few days to share the news. They finally revealed the exciting announcement on Instagram in March. Although Jersey Shore cameras were not there to capture the proposal, previews for this season of the show have shown JWoww sharing the news with her roommates and showing off her engagement ring for the first time.