Justin Bieber and Hailey Baldwin showed off PDA while going on a shopping trip in stylish outfits on Saturday.

Justin Bieber, 27, and Hailey Baldwin, 24, proved they’re still just as smitten with each other as they were when they first got married during their latest outing! The singer had his arms wrapped around the model‘s waist when they were photographed on a shopping trip in Miami, FL on May 1. They were both wearing face masks and sunglasses and showed off stylish clothing during the PDA-filled moments. 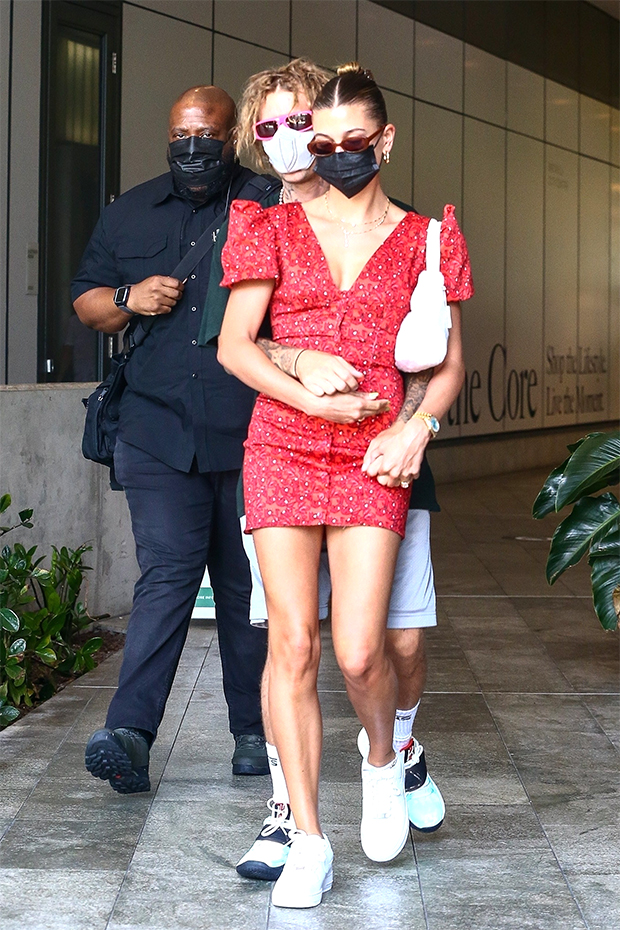 Justin, who was also sporting dreadlocks, wore a dark green T-shirt and white shorts. He also added white socks and black and white Nike sneakers to the look. Hailey looked pretty in a red patterned mini dress with puffy short sleeves and white sneakers as she had her long locks tied back with a clip. 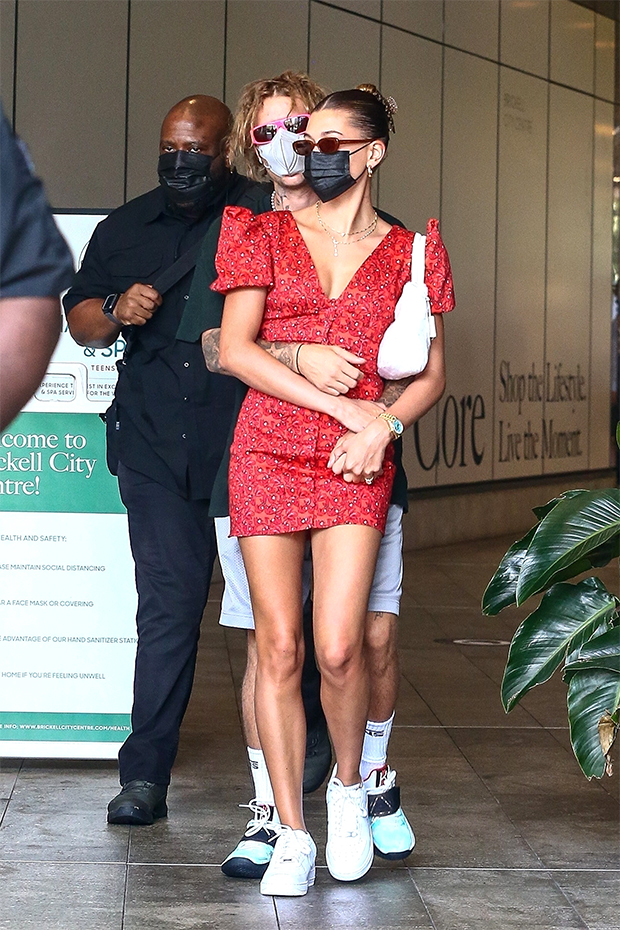 Hailey’s dress seems to be the same one she wore in a recent Instagram photo that Justin posted. She was sitting down in front of a table while her sunglasses were still on in the snapshot. “Definition of a bad bitch aka strong, confident, independent loyal.. still can’t believe you chose me @haileybieber,” he lovingly wrote in the caption.

Justin and Hailey’s PDA pics and sweet messages about each other have been nonstop since they said “I do” in 2018. Although the “Baby” crooner admitted his own fame made the first year of married life “tough,” in a recent interview with GQ, it’s clear to see he hasn’t let it stop him from keeping Hailey close and appreciating every day with her.

Hailey has also opened up about how “young” she was when they got married but revealed why she felt it was the right decision at the right time, in an interview with ELLE. “I was married two months before I turned 22, which is insanely young,” she told the outlet for its April 2021 issue. “And sounds almost ridiculous when you say it out loud. Although I do think for somebody like me and somebody like Justin, [it’s different]. We’ve seen a lot for our age. We have both lived enough life to know that’s what we wanted.”