Home » Celebrities » Julia Fox pops to shops in bikini and knee-high boots because why not?

Julia Fox pops to shops in bikini and knee-high boots because why not? 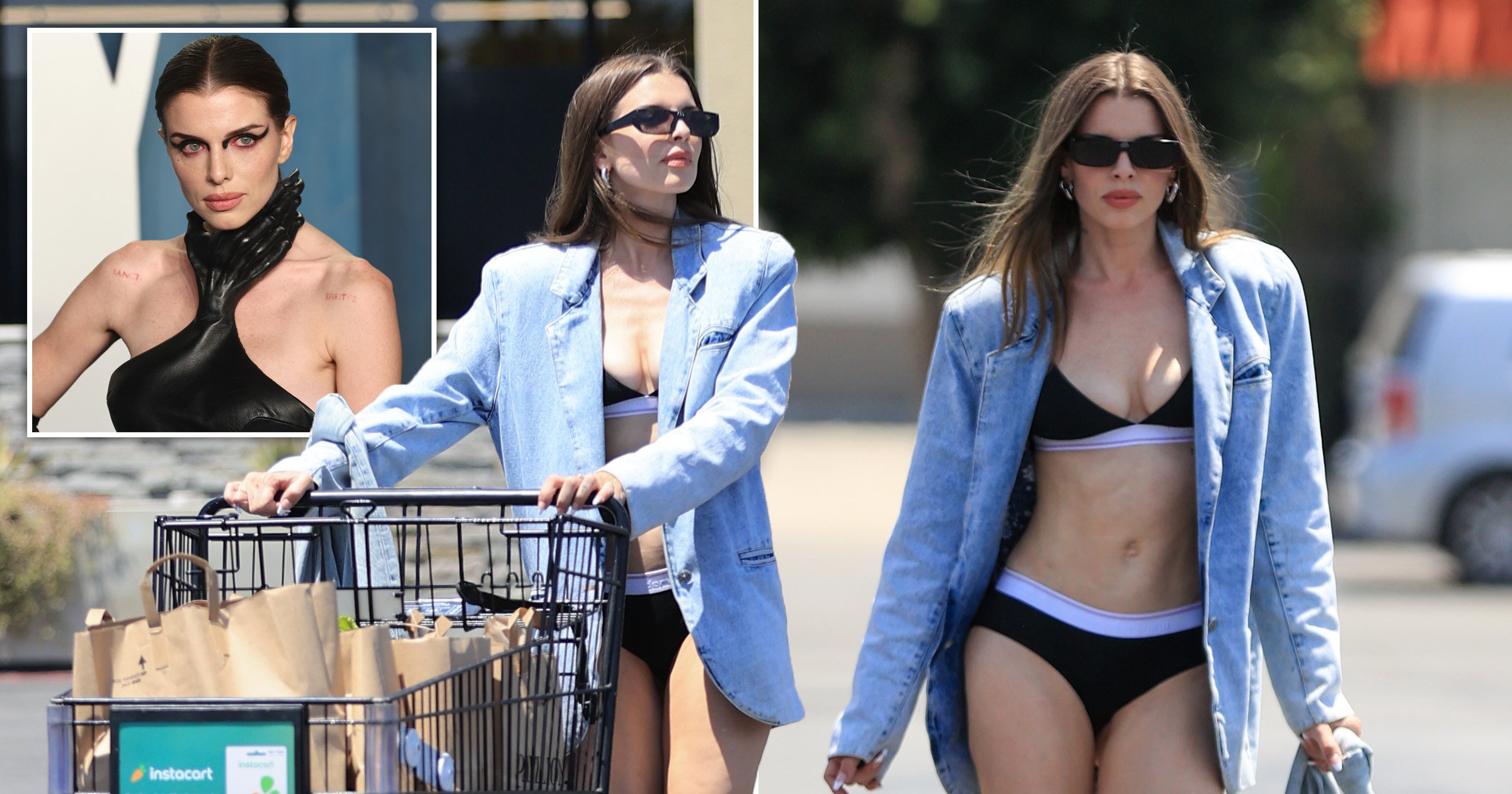 Julia Fox knows how to turn a mundane errand into an iconic, photo-worthy moment as she did her weekly shop wearing a bikini…and her trademark pair of denim jeans fashioned into a handbag.

The 32-year-old Uncut Gems star was pictured recently loading her car with shopping from LA supermarket Pavilions while sporting a matching black bra and bottoms with a denim blazer.

She finished the look with a pair of Vera Wang denim knee-high boots, which really brought the theme together.

The actress has been entertaining fans and the fashion world with her imaginative and risqué outfits, having previously worn thigh-high patent leather boots and matching gloves to a Hollywood strip mall.

She also wore a barely-there outfit of a white mini-skirt and vest top, and finished off her striking look with a small snakeskin handbag.

And who could forget her dramatic, goth-inspired claw hand dress and bag made from human hair (supposedly) that she wore to the Vanity Fair Oscar party in March?

Her unique look was the work of Balenciaga (her outer coat) and someone called Hans (for the claw dress), whose ‘last name is German and I can’t pronounce’, Julia told reporters.

While attending the Oscars bash, Julia – who briefly dated Kanye West earlier this year – was asked what her ‘dream project’ would be to work on, to which she immediately replied: ‘Oh my God, my book of course,’ which she has described as a ‘masterpiece’, obviously.

‘I don’t want to give too much of it away because I am very superstitious so I don’t like to think of things before they’re finished,’ she began.

Julia and Kanye split in February, with Julia claiming she dated the Donda rapper to ‘give people something to talk about’ amid an ongoing pandemic.

She previously told Vanity Fair that she’s living her best life right now in her Pretty-Woman-inspired ensembles and dramatic eye-make-up, announcing: ‘I’m having fun and that’s all that matters.

‘I’m young, I was coming out of the pandemic, coming out of being a single mum, and I just want to have some fun, and, like, rejoin society, and pop out, have a moment. Have a few moments!’