When the first Kissing Booth flick landed on Netflix in 2018, Elordi and King were about one year into an off-camera relationship that mirrored their characters’ onscreen one.

“We were so close and throughout filming, I was just best friends with Jacob,” King told Seventeen in June 2018. “I guess there was no moment, but I feel like the friendship kind of naturally was like, ‘Oh, hey, this person is super frickin’ awesome. We have so much in common and we really love spending time together. Maybe there’s something more there.”

“It was never like this moment of ‘OMG, I can’t let him see me like this.’ You know what I mean?” she continued. “We were open books with each other. There was nothing we wouldn’t talk about. He’s just so great. After the first month, I was like, ‘Hmm, I think I like him.'”

After the pair expressed their mutual attraction to each other, they remained a couple throughout filming.

“It was such an interesting experience meeting your boyfriend on set because you spend so much time together and become so close so fast,” she told Bello in 2018. “We were spending 17 hours a day together, and all of us would hang out after work and watch movies together and stuff. It was great.” 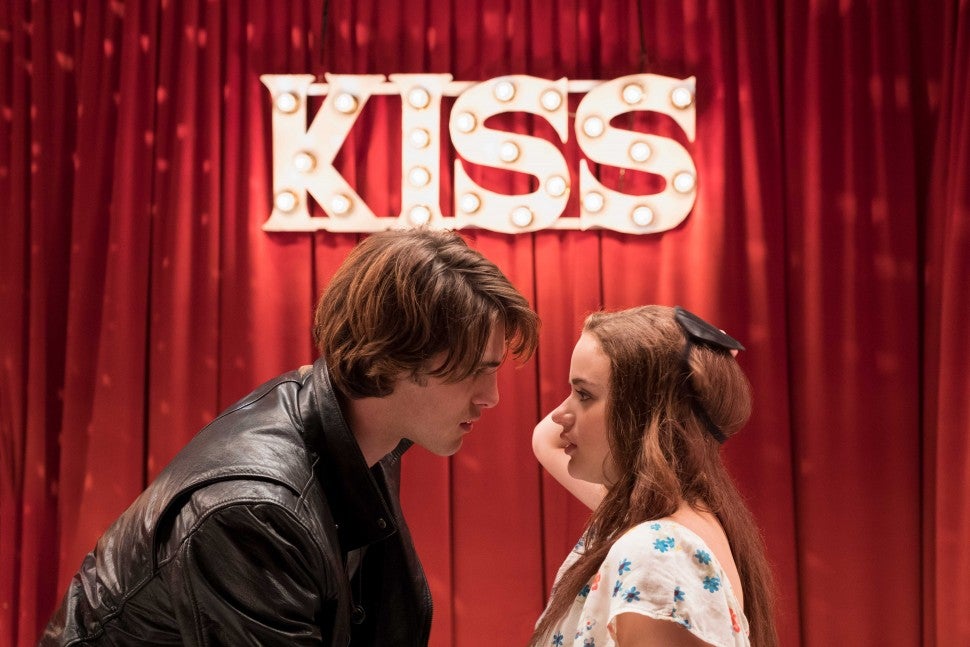 Elordi and King last posed on a red carpet together in August of that year, before breakup rumors began swirling in November. When ET spoke with King in February 2019, she got real about the public’s interest in her split with Elordi.

“It’s bizarre that people are intrigued about an aspect of my life that’s something that you usually only talk about with family,” King told ET at the time. “I’ve kind of learned to not let it bother me so much, because when people ask those questions, it becomes overwhelming and you’re like, ‘I just want to experience what I’m experiencing privately, because whether it’s hard for me or not, I just want that respect and space.'”

“But I also realized, these people invested themselves in a performance of mine, and it really touched them, and now they really want to know what I’m up to, personally,” she continued. “I’ve learned, and this comes with accepting self-happiness, to just be flattered by it — because what my fans and what my supporters say and do for me on the flip side of that, on not asking me who I’m dating and what I’m doing, I think it’s so special.” 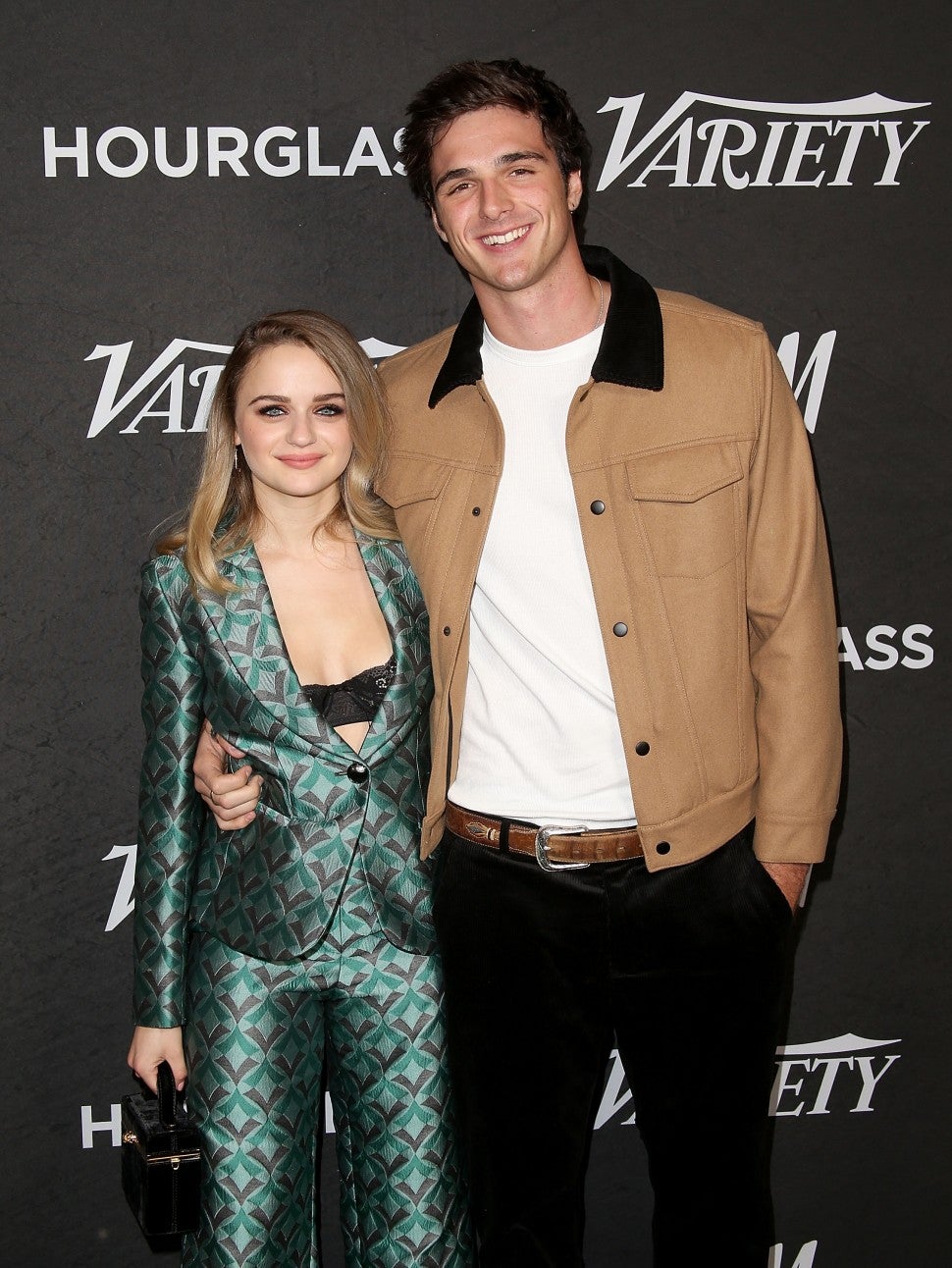 That same month, the Netflix sequel was announced, meaning King and Elordi would once again be sharing the screen — this time as exes. After the movie wrapped filming, King opened up about her experience filming the flick, noting it was a “sacrifice” to work with her ex.

“Honestly, it was a really beautiful time. Because I learned a lot about myself and I grew as an actor. I grew as a person on this,” King said on the Mood With Lauren Elizabeth podcast in November 2019. “It was fine. It was good. I think for me because I am very much a frickin’ huge fan of the Kissing Booth myself… going back and doing that and making the sacrifice of what, obviously, everyone is thinking about and what I’m not outwardly addressing, but what I’m kind of on the sly addressing, making those sacrifices was totally worth it.”

While the former couple was promoting the sequel in July, ET spoke with Elordi and King, both of whom described the pressure of dating in the public eye.

“Unfortunately, it just has my name involved in it but it literally has nothing to do with me,” Elordi added to ET about the public chatter surrounding his private life. “It just doesn’t affect the trajectory of my life. So I just kind of ignore it.”

Despite the challenges of working together post-split, King told Cosmopolitan in August that she was simply glad to be back in the world of The Kissing Booth.

“No one’s thinking to themselves, ‘That was easy,’ because it wasn’t,” King said of filming the sequel with Elordi. “I’m sure people will analyze every movement and every detail. And you know what? Let them. But at the end of the day, I was just thrilled to be Elle Evans again.”

“Elle Evans needs her Noah Flynn, and whatever that means for my personal life, I’ll do anything to make sure the story of my character who I care about so much is complete,” she added of her and Elordi’s characters. 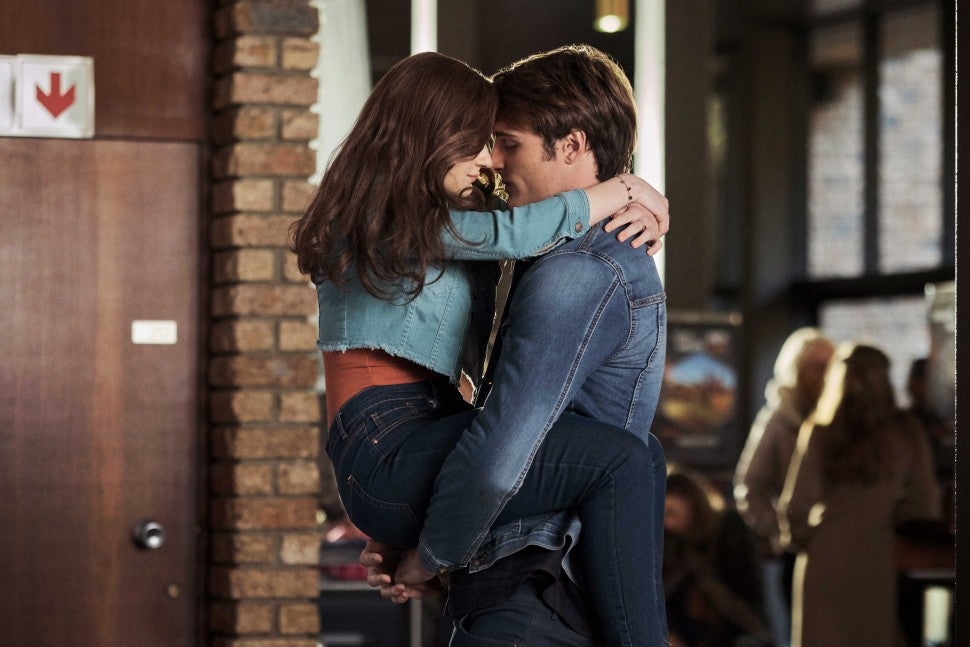 After The Kissing Booth 2 debuted on Netflix in July, fans speculated about a new love interest for a now-single King — the sequel’s new heartthrob, Perez.

The 28-year-old actor stole hearts when he starred as Marco in the movie, the new guy in school who does his best to steal Elle away from Noah (Elordi). While Elle sticks with Noah at the end of the film, Marco expressed his intent to continue to pursue her, something that displeased Elordi in real life.

“I feel like if you get told no, you should take the no, you know?” Elordi told ET of Elle rejecting Marco. “Take the L, man, give up. Like, leave her alone, you know?”

King and Perez themselves did little to dispel the speculation that they’re an item, with the actor gushing over King on Instagram in honor of her 21st birthday. Alongside a shot of them being silly at the beach, Perez admitted that he “could write about this woman all day.”

“She is the reason I joined the KB2 family, she welcomed me with open arms and love, she supported me, she pushed me, she made me laugh (like pee my pants laughter and had to check my underwear), she inspired me to be a bettter actor, she shared her family with me, THE LIST GOES ON,” he wrote. “Grateful for you forever.”

The speculation was further fueled when King shared a series of bikini-clad shots to mark the milestone, and Perez expressed his appreciation by commenting “Holy $h!t” on her post.

Happy Friggen Birthday @joeyking Honestly I could write about this woman all day. She is the reason I joined the KB2 family, she welcomed me with open arms and love, she supported me, she pushed me, she made me laugh (like pee my pants laughter and had to check my underwear), she inspired me to be a bettter actor, she shared her family with me, THE LIST GOES ON. Grateful for you forever. #tbt

Happy Friggen Birthday @joeyking Honestly I could write about this woman all day. She is the reason I joined the KB2 family, she welcomed me with open arms and love, she supported me, she pushed me, she made me laugh (like pee my pants laughter and had to check my underwear), she inspired me to be a bettter actor, she shared her family with me, THE LIST GOES ON. Grateful for you forever. #tbt

The rumors continued to swirl when the pair went on vacation together in August. The actor shared pics from the adventure on Instagram, which caused the internet to go “crazy,” something he told ET “cracked [King and I] up.”

“Last weekend we went to celebrate her birthday and a friend of mine’s birthday,” he explained. “We just went together and had a good time.”

In the same interview with ET, Perez even confessed his “love” for King.

“I love her. I love her dearly. I’d do anything for her,” he said, before denying dating the actress. “We’re not dating. I’ll end it with that.”

Though he denied romance rumors, Perez gushed over bonding with King on the set of the flick.

“We just kind of hit it off. When we were in South Africa, we had dinner together,” he said. “I cooked for her, she cooked for me. We just became kind of like the best of friends.”

That friendship continued after filming wrapped, when King and Perez spent time together amid quarantine.

“When we got back to Los Angeles, we just kept hanging out. We live really near each other,” he explained. “And then the quarantine hit and we kinda just needed someone to trust during that time, like, ‘OK, I know you’re not going out. I know who you’re seeing.’ So we just became really close.”

King and Perez’s closeness is still in effect, with the actor telling Barstool Sports’ Chicks in the Office podcast that he’d “love to be dating” the actress.

“It’s been interesting how everyone is trying to make something out of it, but it’s fine,” he said. “It’s like, hey, I would love to be dating Joey King. Like, she’s dope.”

“I’m a huge fan of dating your friend, someone that you know and you trust, because that’s where it all starts, right? That trust,” he continued. “For me … non-sexual intimacy is so much more important to me, first.”

3 weeks since we dropped KB2 and I hope you know that I feel all the love you’re throwing our way. And thank you for all the INCREDIBLE texts you keep sending me! 🤩 looking forward to what’s ahead.

3 weeks since we dropped KB2 and I hope you know that I feel all the love you’re throwing our way. And thank you for all the INCREDIBLE texts you keep sending me! 🤩 looking forward to what’s ahead.

Fans can look forward to even more Kissing Booth drama both on and off-screen, as Netflix recently revealed that the third film has already shot and is due out in 2021.

The Kissing Booth 2 is now on Netflix.

Related posts:
‘The Bachelorette’: Clare Crawley Makes Out With 2 Suitors & Demands ‘Respect’ In New Promo
We survived horrific rape ordeals only to see our cases thrown out – sexual assaults are being 'decriminalised'
Popular News
Is Dan Levy Single In 2020? The ‘Schitt’s Creek’ Star Is Private About His Life
21/09/2020
Man Utd wonderkid Ramon Calliste, called ‘the next Giggs’, now owns luxury watch business and makes £5m a year – The Sun
26/03/2020
Megan Thee Stallion Addresses Criticism Over Twerking: ‘I Love to Shake My A**’
26/03/2020
Police guard shops to stop coronavirus panic-buyers and enforce social distancing – The Sun
26/03/2020
Coronavirus: Good Morning Britain’s Dr Hilary reveals ‘game-changing’ self-testing kit
26/03/2020
Recent Posts
This website uses cookies to improve your user experience and to provide you with advertisements that are relevant to your interests. By continuing to browse the site you are agreeing to our use of cookies.Ok