Jennifer Lawrence and her husband Cooke Maroney were seen hurrying to a restaurant for dinner reservations in New York City.

Jennifer Lawrence, 30, and Cooke Maroney, 35, resurfaced in the Big Apple on Apr. 17 after not being seen together for six months. The husband and wife were walking side by side while wearing warm clothing as they hurried along to a restaurant for dinner reservations. The actress wore a long brown and white patterned Prada coat with a paisley scarf and dark blue pants during the stroll while the art gallerist wore a dark blue button-down long-sleeved shirt and jeans. Check out the pics HERE!

They also both wore black face masks and Jennifer carried a black leather hobo style handbag. Cooke added blue and white sneakers to his look and his lady love wore black boots. After walking for a bit, they eventually reached their destination and enjoyed a dinner together. 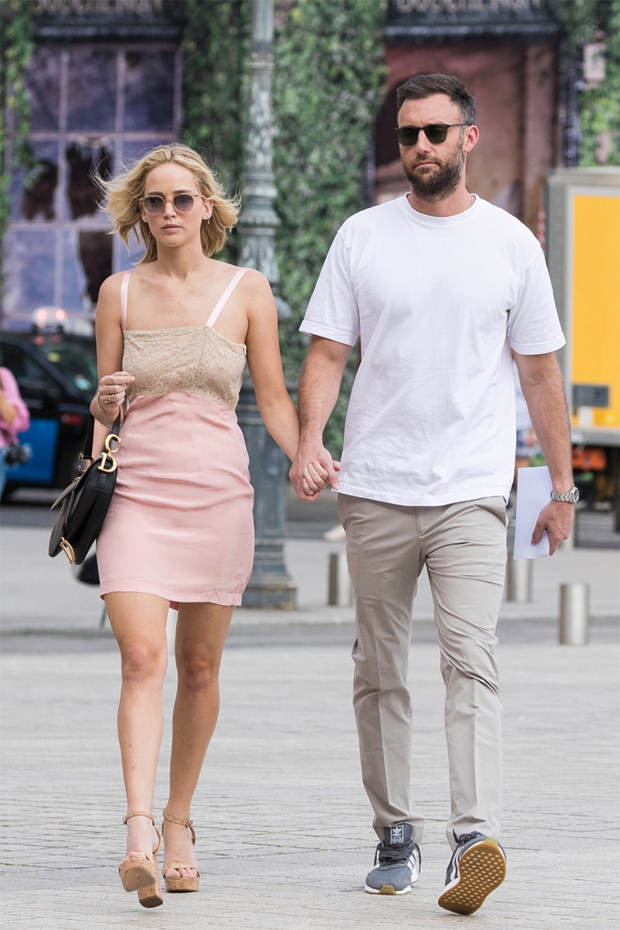 At one point during their stroll, Cooke appeared to comfort Jennifer by putting his arm on her shoulder as they seemed to have a discussion. Neither one of them paid much attention to the photographers around them and focused only on each other and their close surroundings.

Before their latest outing, Jennifer and Cooke were seen together in Oct. just ahead of their first wedding anniversary. They were married at the Belcourt of Newport in Rhode Island in front of a star-studded crowd of guests. Celebs like Adele, Cameron Diaz, and Emma Stone all attended the romantic event, which took place in 2019. 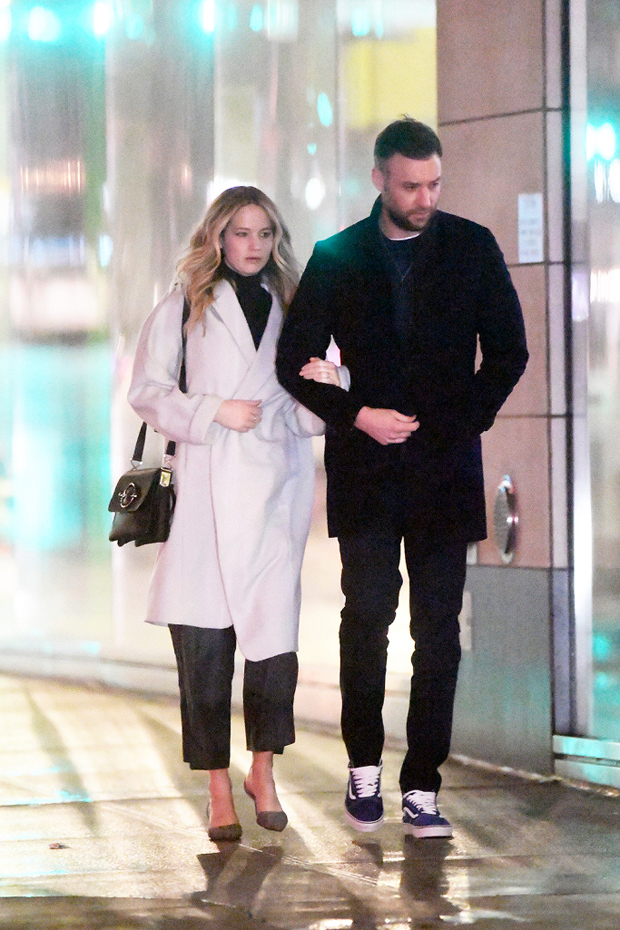 The lovebirds first started dating after being introduced by mutual friends in 2018. Jennifer was then spotted wearing an engagement ring in 2019 and spoke out about her plans to marry Cooke in an interview with Entertainment Tonight shortly after. “Well, he’s just the best person I’ve ever met in my whole life. It was a very, very easy decision,” she told the outlet about the proposal.

“How do I feel? Is he nice? Is he kind? It’s just — this is the one, I know that sounds really stupid but he’s just, he’s — you know,” she continued. “He’s the greatest person I’ve ever met, so I feel very honored to become a Maroney.”