Jennifer Aniston knows how to rock a red carpet, but even the 52-year-old Morning Show star has another A-lister she looks up to when it comes to the gold standard in posing.

“You know who I think masters the red carpet?” she says in her new InStyle cover story. “J.Lo. I want to know what gives her the look like she’s about to be seething. It’s amazing. She’s almost stuck getting mad at somebody, but she’s just so gorgeous. She’s like, ‘I can’t believe I’m standing here.'”

The Friends alum claims she doesn’t “know how to stand on a red carpet” despite decades in the business and a celebrated career.

She’s also thankful for her humble beginnings as opposed to those celebrities who got their start as child stars.

“I was lucky enough to be raised by a very strict mother. The priorities were not about becoming a famous person,” she explains. “It was, ‘Study your craft, learn what you’re doing, don’t just go out there and get lucky.'” 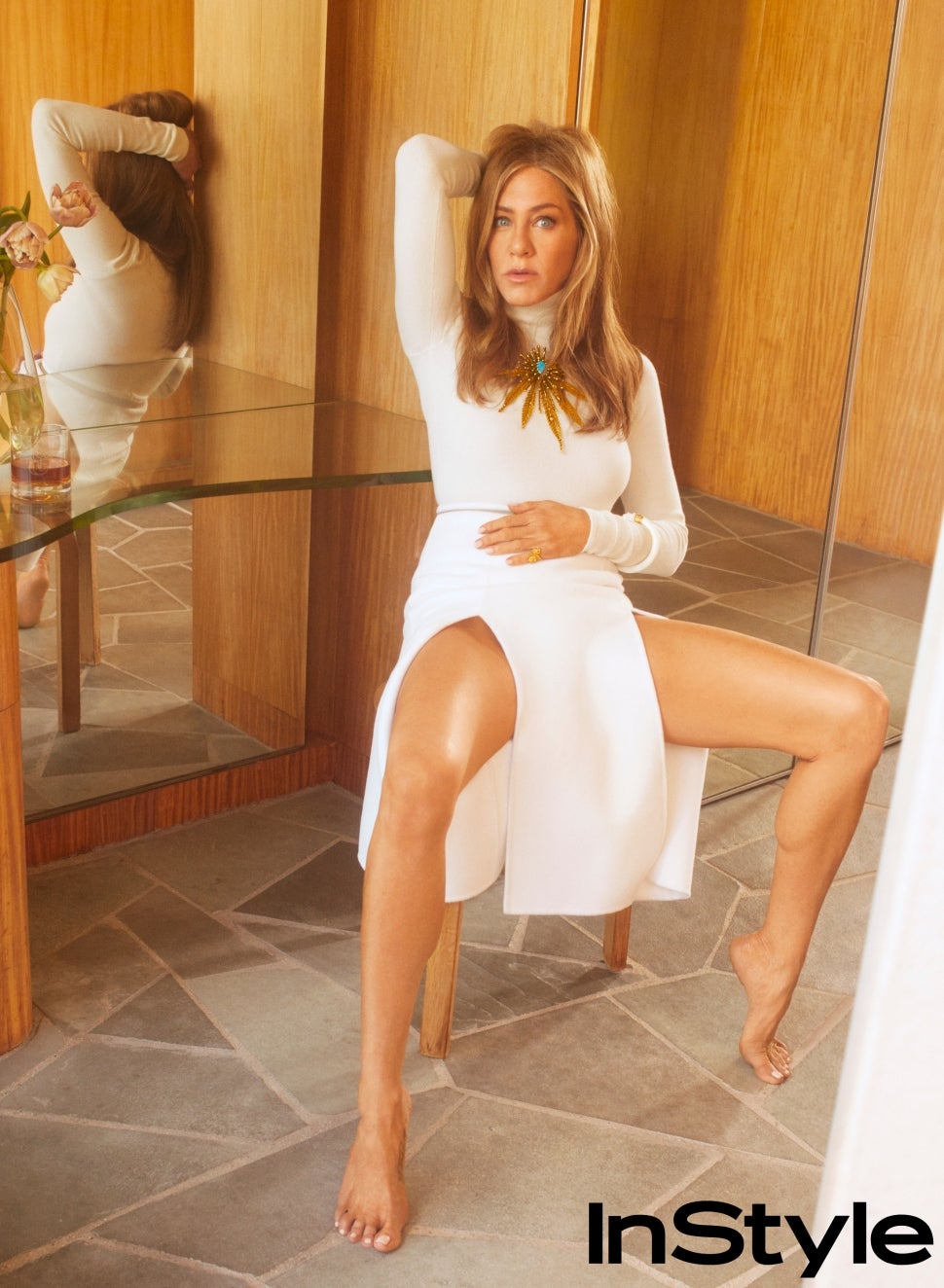 When asked about stars who got their start as kids, with the interviewer directly referencing Britney Spears, Aniston says, “I think that [Spears’] group of girls as teens didn’t have any kind of ‘Who am I?’ They were being defined by this outside source. The media took advantage of that, capitalized on them, and it ultimately cost them their sanity. It’s so heartbreaking.”

Throughout her career, Aniston has managed to stay grounded, even when she may have been struggling in her personal life. She’s had two high-profile marriages, first to Brad Pitt from 2000 to 2005 and then to Justin Theroux from 2015 to 2017. The actress credits therapy with helping her to navigate some of her tougher times.

“Therapy. A wonderful amount of trying to understand it. Also, being given examples of what I do not want to become, seeing people I love get lost and lose the plot,” she says.

She also says she doesn’t hold onto resentments for the sake of her own sanity.

“I’ve watched people in my life go through hardships and hold on to resentment that eats away [at them]. Forgiveness is not in their vocabulary,” she adds. “That’s a real shame, because it’s important to be able to forgive people. Certain things are unforgivable, and we can just put those in a little file. But there’s room for people to grow and change.”

The interview will be featured in InStyle’s September issue hitting newsstands on Aug. 20.