Justin Theroux still has a lot of love for his ex-wife, Jennifer Aniston. The actress celebrates her 52nd birthday on Thursday, and Theroux was sure to make her feel special.

The Leftovers star posted a never-before-seen black-and-white photo of his ex to his Instagram Story, which he simply captioned, “Happy Birthday.”

This wouldn’t be the first year Theroux has wished Aniston a happy birthday since they announced their split in 2018 following two years of marriage. 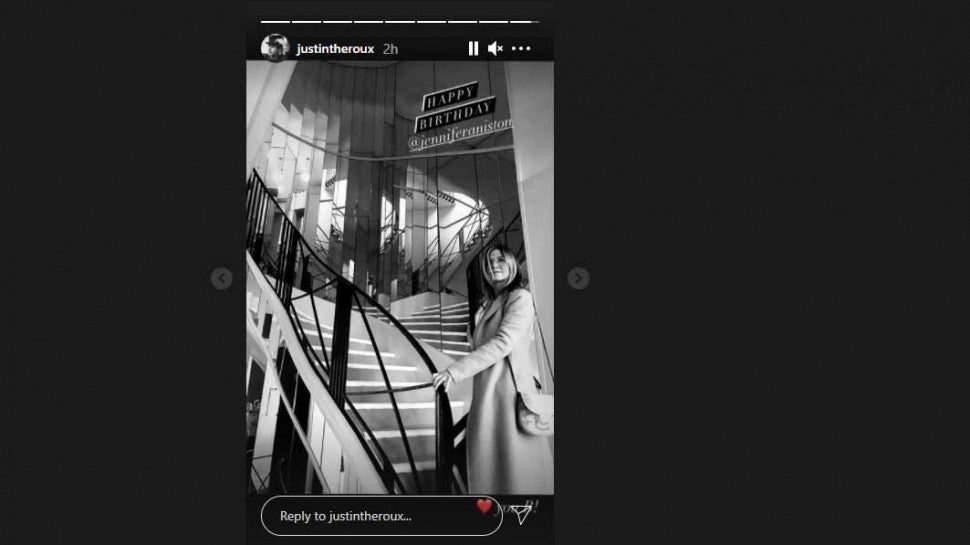 In 2020, he shared another candid black-and-white pic of the Friends star, writing, “Grabbing 2020 and another year just like…Happy Birthday B ❤️” 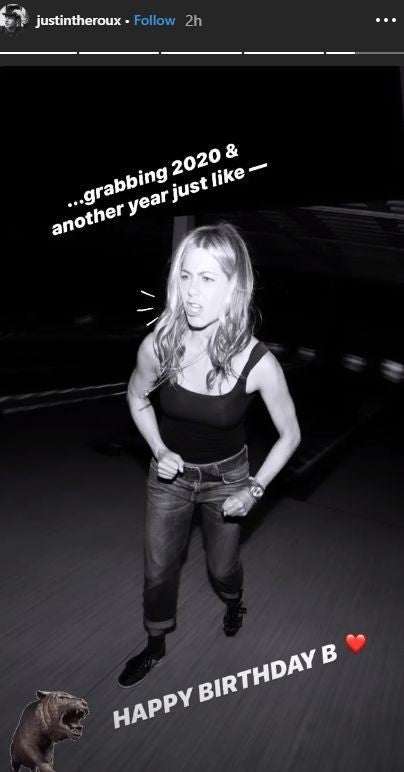 Also in 2019, Theroux wished his ex a happy 50th birthday on Instagram.

“Happy Birthday to this fierce Woman. Fiercely loving. Fiercely kind. ….and fiercely funny. ❤️ you B,” the 49-year-old actor captioned a pic of his former flame with toned arms holding up a pair of horns.

Aniston and Theroux announced they were parting ways just days after her 49th birthday in 2018. In October of that year, a source told ET that both were doing well following the breakup.

“Since they split, her friends believe their plan to move forward in life without one another was the best decision for both of them,” the source said at the time. “Neither of them is pining for each other but instead, finding themselves again.”

Cut to 2020, Aniston delighted fans when she reconnected with her first ex-husband, Brad Pitt, and was photographed with him for the first time at a public event since their breakup in 2005.

Here’s a look at Pitt and Aniston’s reunion at the SAG Awards.