Jane Fonda is a woman of her word. The 83-year-old screen legend attended the 78th Golden Globes in a fitted cream-colored suit with Pomellato jewelry, a look she has worn in the past. She made her intention clear last Thursday on the The Ellen DeGeneres Show, during which she revealed her plan to pick an outfit that she already had in her closet, citing consumerism as the reason.

“Well, I prefer this kind of outfit than getting dressed up,” Fonda said, per People. “I vowed a couple of years ago I would never buy any new clothes again. We spend too much money, we buy too many things, and then we get rid of them. We try to develop our identity by shopping, right? We gotta stop that.” 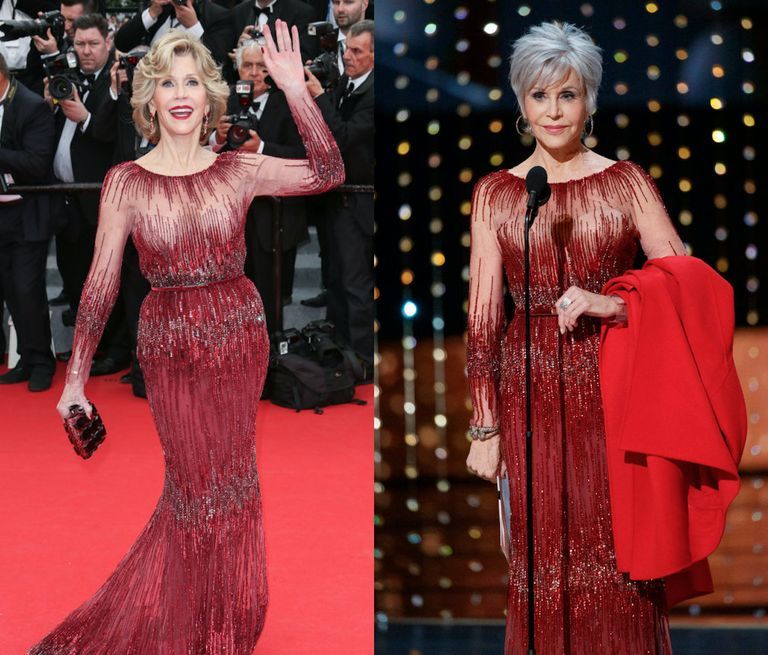 Fonda made a similar statement at the 2020 Oscars, where she wore the same ruby-red beaded Elie Saab gown first seen at the 67th International Cannes Film Festival in 2014.

During tonight’s Globes, the actress received the Cecil B. DeMille Award, an honor bestowed to those who advanced the art of film and television. As much as Fonda is known for her portrayals on the silver screen, she is also an outspoken activist on social justice issues, climate change, and women’s rights. Her many arrests are testament to her ongoing efforts to change an unjust system.

“This is a not a time to be tame,” Fonda told Patrisse Khan-Cullors in a 2018 interview for BAZAAR.com. “I’ve been around 80 years, and so it means something when I say that, ’cause I’ve been through some pretty hairy times.”