They may have been spotted hanging out a few times, but Jacob Elordi and Kaia Gerber reportedly aren’t officially dating yet. A source who reportedly spoke to E! News on Sept. 8 said that, while they are "definitely interested in each other," they’re apparently taking it slow for now. "Kaia is the one that doesn’t want to be in an exclusive relationship right now. She has a lot of projects on her plate and wants her freedom," the source reportedly told E! News. "She does love hanging out with Jacob and they are spending time in New York City for the week while she works."

As for Elordi, who seems to have just gotten out of his rumored relationship with Zendaya, he’s reportedly cool with keeping things casual with Gerber for now. The source reportedly explained, "he is definitely interested in her and is happy to see where things go for now."

So, uh, what do a supermodel heiress and a teen movie heartthrob do when they’re just casually dating? The source reportedly told E! News that the pair have been "spending a lot of alone time together," which makes sense given, ya know, the pandemic. While at home, the two reportedly "love doing casual things like ordering their favorite food and relaxing at home." 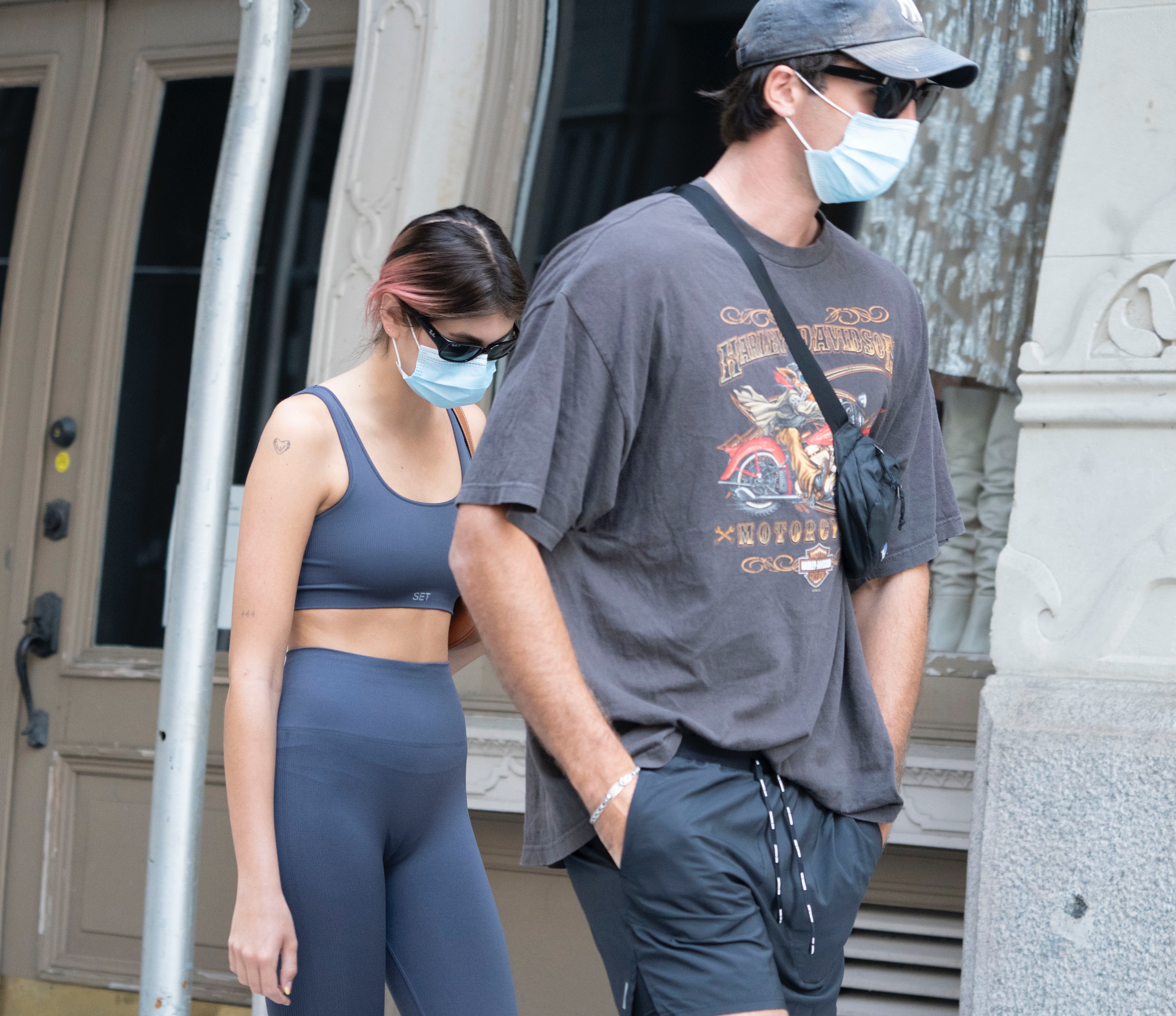 The two have also reportedly been photographed out and about in New York City, a few times at the park and once at a farmer’s market where E! News claims Elordi apparently once took his ex Joey King on a date. Interesting. (Elite Daily reached out to reps for both Gerber and Elordi for comment but did not hear back in time for publication).

Rumors of a romance between the two first started swirling about on Sept. 1 when Elordi spent his rumored girlfriend Zendaya’s 24th birthday out to dinner with Gerber at Nobu in Malibu. (Elite Daily previously reached out to reps for Jacob and Kaia for comment on the nature of their reported dinner, as well as reps for Jacob and Zendaya on their relationship status, and did not hear back in time for publication.) A source who spoke to E! News at the time maintained a similar story re Gerber and Elordi’s relationship. "Jacob definitely has interest in dating Kaia, but there is nothing serious going on there," the source reportedly shared with E! News at the time. "They have many mutual friends and have hung out many times in the past. They both have very chill personalities and similar interests. Jacob makes Kaia laugh and her family adores him." At the time, the source also noted that Gerber may be trying to keep Elordi in the friend zone. "Kaia is keeping things friendly for now but there is flirtation between the two," the source reportedly continued to E! News. "She has told friends she is single and is only having fun and hanging out with people."

Sadly, I wouldn’t bet on finding more detail any time soon. Both Gerber and Elordi are known for keeping pretty mum about their love lives.