Inside The Tragic Death Of Sophie Toscan Du Plantier

Co-producer Simon Chinn is hopeful that the project will help her family in their search for justice. “What actually happened on that cold December night in 1996, the story is one of a collision of worlds, cultures and characters and it was that which drew us to it,” he said. “But it was meeting and gaining the trust of Sophie’s family which really gave us our purpose.”

Chinn added, “Justice has eluded them for a quarter of a century since Sophie’s death and their main aim in cooperating with us to make the series is to do justice to her memory. We hope we have achieved that, for them.” It’s clear there’s a lot of mystery surrounding Toscan du Plantier’s death, but have you ever wondered how she died? Keep reading for more details 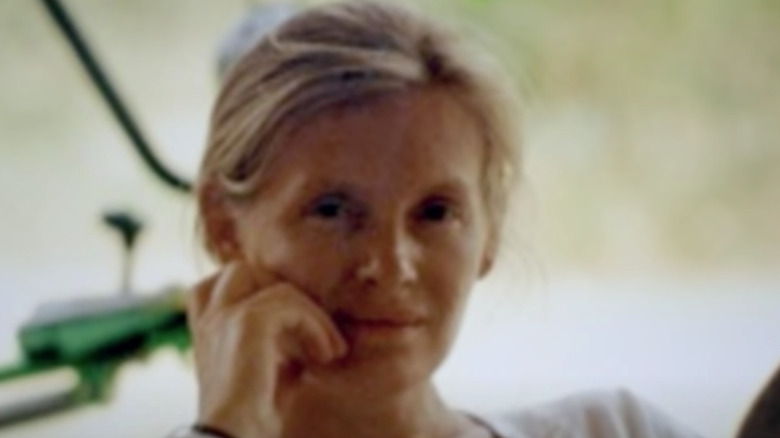 According to RadioX, French TV producer Sophie Toscan du Plantier “was savagely beaten to death” on December 23, 1996 in Schull, West Cork in Ireland. Her skull was reportedly crushed and a neighbor found her body.

Toscan du Plantier’s murder sent shockwaves through the community and became a “national obsession” in Ireland, per the outlet. The murderer was apparently never found, but British journalist Ian Bailey is reportedly a suspect, which raises eyebrows since he originally investigated her murder. Bailey claims he is innocent and Ireland never charged him in matters relating to the death.

Shirley Foster, the neighbor who found the body, has no plans to watch the Netflix documentary “Sophie: A Murder in West Cork.” “We had people bringing their grannies and their small children to look at the cross marking where Sophie was found, and then some of them were cheeky enough to drive up to the house and peer in the windows – that sort of thing,” she told the Irish Times. She continued, “It was very voyeuristic and every time there was some comment or story in the newspapers, they used to start coming. So I expect it will be the same now with people coming up the driveway on foot of these documentaries.”