Home » Celebrities » How Much Food Gets Wasted On Cooking Shows?

How Much Food Gets Wasted On Cooking Shows? 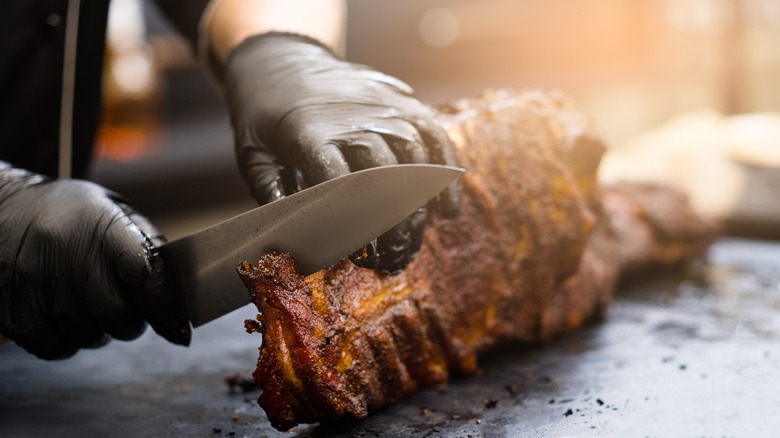 From the high stakes of “Master Chef” where winners get $250,000 to the cooperative and feel-good “The Great British Baking Show” where a Paul Hollywood handshake is coveted, there’s no shortage of food competition shows. But what happens to all that good food — well, some not so good — when the cameras stop rolling? It all depends on the show.

It can take hours for the cooking and the judging, so by the time the judge is actually taking the bite that we see in the final cut of the show, the food is cold. “When you’re a judge on a competition show, you have to get, real quick, accustomed to eating cold food,” “Chopped” host Ted Allen told Yahoo! TV. So while it may look delicious, there may not be many that want to eat half-eaten, cold food.

While maybe not that yummy at the end of the day, the dishes might also not be safe to eat since the food is often under bright lights and has been sitting out for hours (from Insider). And the most beautiful shots of the dishes may actually be entirely inedible. One Reddit user wrote, “My BIL works for a major cooking channel. All of the food is thrown away and each dish can be made several times … Many of the final versions are not real food or are inedible because they have been painted or sprayed with chemicals to make them pretty.”

Sometimes the food gets eaten and ingredients get donated 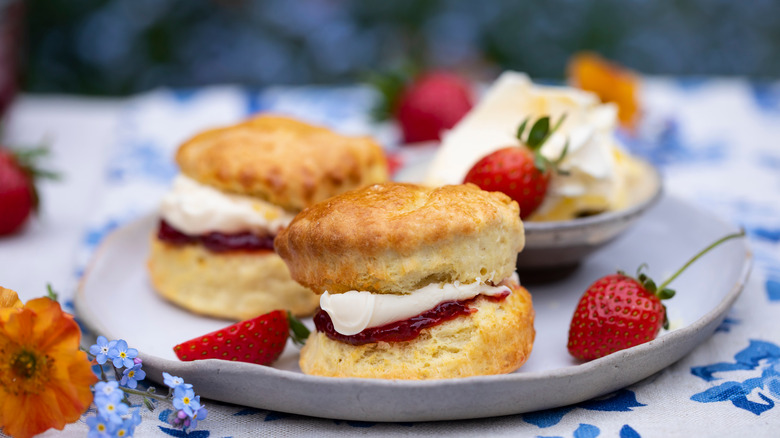 That’s not to say that all ingredients on every cooking show go to waste. Kim-Joy, former contestant on “The Great British Baking Show,” revealed what happens to the leftover cookies, cakes, and other tasty treats once judging is over. “The crew will eat it,” she said. “They’d know the best ones, so they all descend on the bake” (via Metro). It’s not just the crew that get a taste; apparently the contestants get a “baker’s basket” delivered to their lunchroom (from Leicestershire Live).

Jock Zonfrillo, one of the judges for “MasterChef Australia,” explained what they do with the unused ingredients. “We do what’s called the crew pantry where the crew nominate a charity to give to and put a donation into the jar then they take whatever they want from the crew pantry.” The rest of it is donated to SecondBite, a “food rescue” organization. And for the food that can’t be donated, “We’ve got a very fine composting machine,” said Zonfrillo, “which turns food waste into compostable material that goes into the MasterChef garden” (from news.com.au).