Home » Celebrities » How Did JoAnn Romain Die? These ‘Unsolved Mysteries’ Theories Are A Lot

How Did JoAnn Romain Die? These ‘Unsolved Mysteries’ Theories Are A Lot

Unsolved Mysteries is an eclectic mix of different kinds of stories. The second half of Season 1 stretches those boundaries from straight-up "Have You Seen This Wanted Man" to ghost stories to tales of unidentified bodies. But the fifth episode, "The Lady in The Lake," is the kind of episode the series thrives on, in which the police may have screwed up and justice may have been denied. In this case, it’s the mystery of JoAnn Romain. By the time the episode is over, you’re going to want to know all the Unsolved Mysteries theories about how JoAnn Romain died.

Here’s what everyone knows for sure: On Jan. 12, 2010, Romain went to prayer services at her church, located along the banks of Lake St. Clair in Grosse Pointe, Michigan. She never came home. When the Grosse Point cops were initially called about her abandoned car, they found what looked like a single set of footprints leading to the lake, a butt print sliding down the embankment, and what seemed to be a case of someone attempting to take their own life. According to reports, police searched the immediate area and waters but found nothing.

Then, 70 days later, Romain’s body turned up 35 miles away from where cops said she entered the water. The police maintain there’s no reason to suspect foul play; Romain’s family maintains there was definitely foul play and that the police did not do an adequate job of investigating what happened. In 2014, Romain’s family filed a federal lawsuit against the cities of Grosse Pointe Woods and Grosse Pointe Farms, alleging the cops involved in the investigation ignored evidence that she was killed. A judge dismissed the lawsuit in 2018, but did note that "the circumstances surrounding Ms. Romain’s disappearance and death remain a mystery, and in fact are somewhat suspicious."

Here’s what the cops deduced: Romain went to church. When church services ended, she got in her car, and she sat. When everyone left, Romain got out of the vehicle. She left her purse behind, walked out into the snow, climbed down to the lake, and drowned. There was no sign of struggle and no second set of tracks to the water. To the police, there was just a divorced woman who had a modest life and possibly lived with mental health circumstances others may not have been aware of.

But there are so many problems with this scenario, and not just because Romain’s daughters and friends insist she was not suicidal. First of all, the location her body was eventually found was nowhere near the site the police alleged she waded into the water. There was also a tear on her purse she was carrying the night of her disappearance. According to Romain’s daughter, Michelle, the purse had not been dusted for fingerprints or tested for DNA evidence; in an interview featured in the episode, a representative from the police department said the tear in the purse was not the typical of the types of tears made in a violent or forceful encounter.

But perhaps most damning is her shoes. JoAnn Romain was the type to dress fashionably for church, and in 2010, the four-inch stiletto-heeled boot was super trendy. That’s what she was wearing that night, and it’s what was found on her feet when she washed up.

Except, have you ever climbed anything in four-inch stilettos? The path to the river included a steep, industrial-type, concrete slope that was covered in snow and ice. As the episode demonstrates, it’s nearly impossible to trek in such shoes in broad daylight and dry conditions. The idea that she could walk down it herself without taking them off first is hard to imagine. 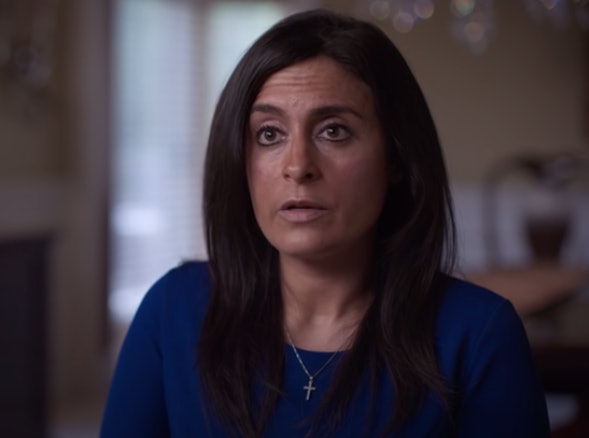 And here’s the thing: Multiple people in Romain’s life, including her daughter Michelle and her brother John Matouk, said Romain had been acting strange and nervous in the time leading up to her death.

One theory is that John, who the episode explains had been involved in some bad business deals, got into trouble with the wrong people, and someone retaliated against him by killing his sister. It’s a theory John himself may believe. "It’s possible that someone I had dealings with could have murdered JoAnn. I can’t control that," he said on the show. 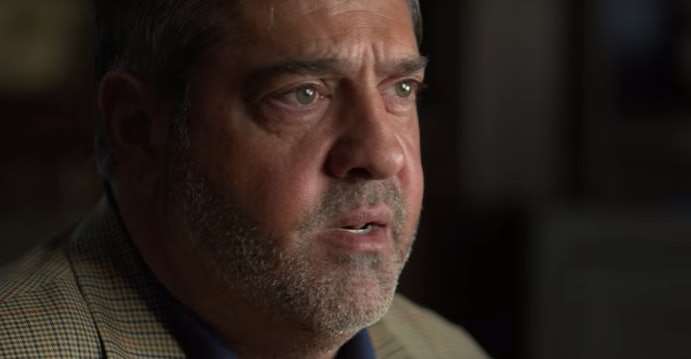 But things get especially interesting when the episode moves to Tim Matouk, an estranged cousin of Romain’s who Michelle said was one of her key suspects in her mom’s death. A short time before her death, Romain and John argued over the phone. When they hung up, Michelle said her mother told her, "If something happens to me, look to Tim."

Tim, a cop, has an alibi the night of Romain’s death; the episode states he was working a shift that night as part of the Michigan State Police’s narcotics team. Some theories posit that Tim could have been somehow involved in Romain’s death, and that the reason the cops were so adamant the death was a suicide was because they were protecting one of their own. Elite Daily reached out to Michigan State Police Department for a comment about this theory, but did not hear back in time for publication.

Of course, this is Unsolved Mysteries, after all, so these are all just theories. However, hopefully someone out there see the episode and comes forward with a clue that could unlock the answer to Romain’s death.

Related posts:
Interior experts reveal the top paint trends for 2021
When Did Adele Last Appear on 'SNL'?
Popular News
Steal the Crown! FEMAIL picks out Princess Diana inspired pieces
29/11/2020
Man Utd wonderkid Ramon Calliste, called ‘the next Giggs’, now owns luxury watch business and makes £5m a year – The Sun
26/03/2020
Megan Thee Stallion Addresses Criticism Over Twerking: ‘I Love to Shake My A**’
26/03/2020
Police guard shops to stop coronavirus panic-buyers and enforce social distancing – The Sun
26/03/2020
Coronavirus: Good Morning Britain’s Dr Hilary reveals ‘game-changing’ self-testing kit
26/03/2020
Recent Posts
This website uses cookies to improve your user experience and to provide you with advertisements that are relevant to your interests. By continuing to browse the site you are agreeing to our use of cookies.Ok