The Saturday’s singer Frankie Bridge, 31, left fans concerned on Thursday morning after she revealed her six-year-old son Parker was rushed to A&E during the night after suffering a croup attack, a condition that affects children’s windpipes, with the most common symptom being a barking cough. The youngster was left “grasping for air” but the worried mum reassured her followers he is now doing well.

She said the whole ordeal “broke her heart” as she took to Instagram to share the news.

She said: “Was in a&e last night with this little guy… with yet another croup attack.

“Doesn’t matter how many times it happens… to see someone grasping for air is always terrifying. 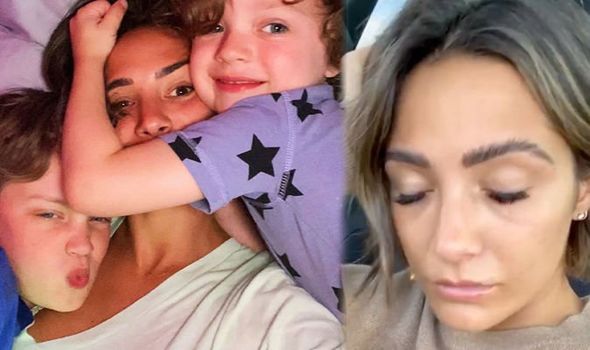 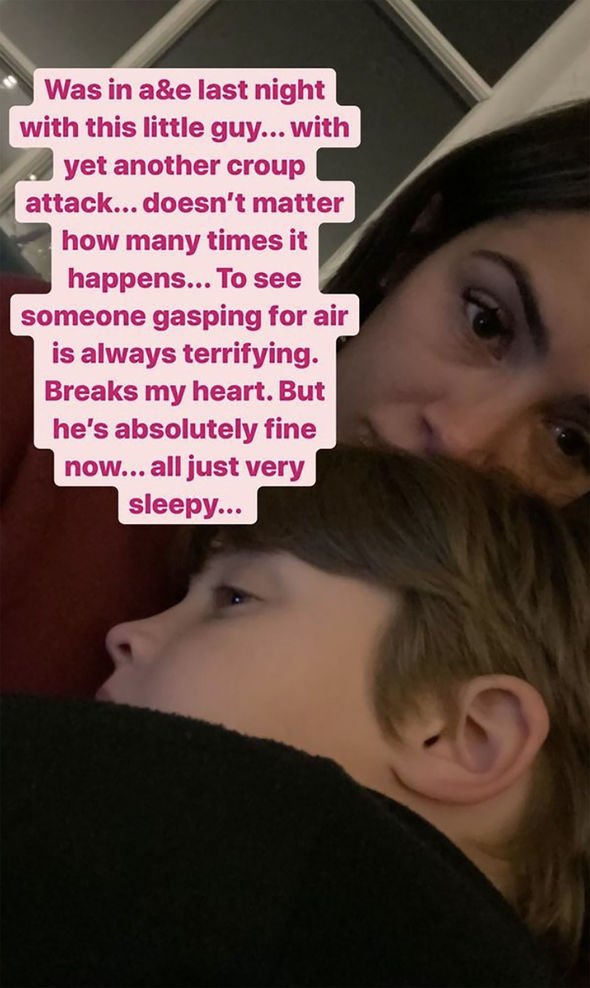 Frankie later posted a picture of herself looking exhausted after a long night at the hospital.

Parker’s episode comes after the singer, who also shares five-year-old son Carter with husband Wayne Bridge, opened up about her own health struggles in two detailed posts.

She first admitted to her followers that she had been diagnosed with polycystic ovary syndrome (PCOS) after undergoing a multitude of tests. 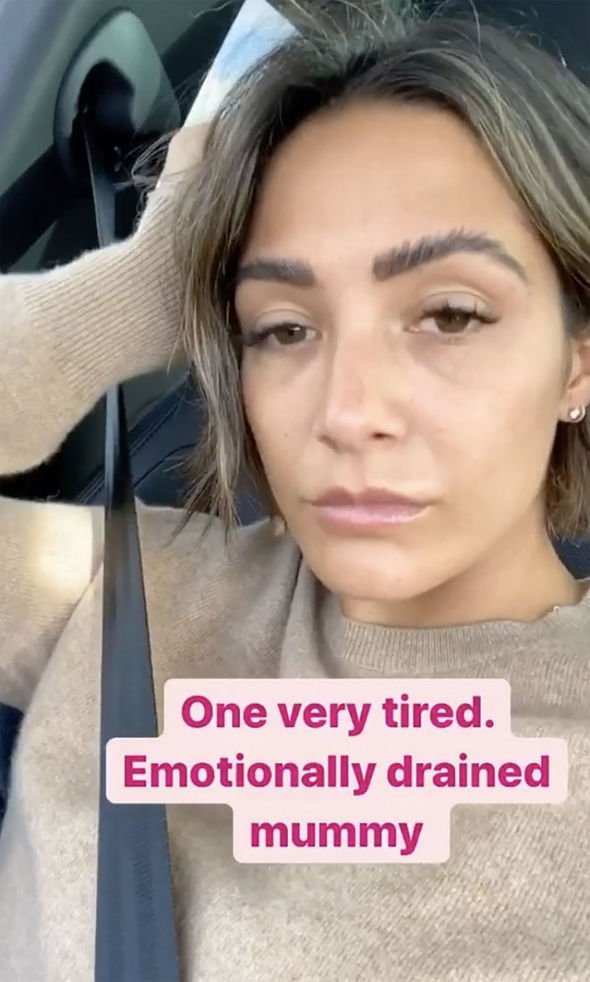 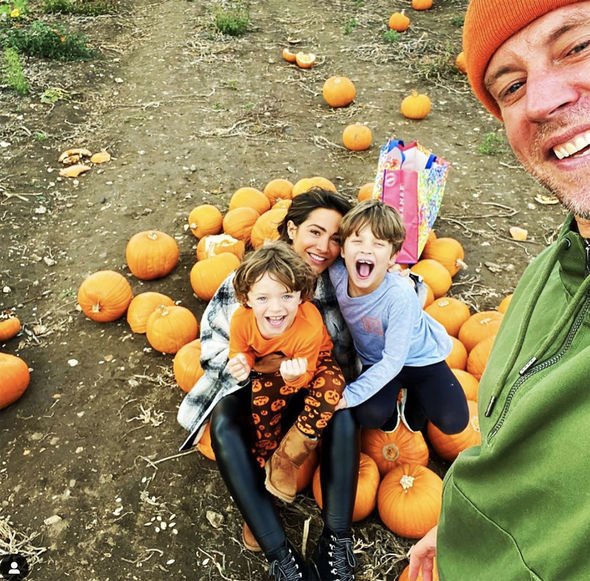 She had been suffering from various symptoms, including irregular periods and bad skin, which led to her having to have blood tests.

Polycystic ovary syndrome is a condition that can lead to fertility problems.

While there is no cure, there are many medicines available that can help the condition.

And Frankie’s honesty with her 1.2million followers rang true as she later made a post dedicated to World Mental Health Day, where she explained her anxiety had been getting the better of her.

She also shared some tips that she uses to try and curb the overwhelming feelings.

“My anxiety has been a bit out of control lately,” she wrote in the lengthy post.

“Even driving causes my chest to tighten… turns out I currently have a fear of not being at home.”

She noted in the inspirational post that talking to people, going on a walk and appreciating what you do in a day all contribute to helping her anxiety subside.

“I will always be open and honest about my mental health and will always try to keep the conversation open,” she concluded, as fans rushed to the comments section to applaud her honesty and branded her an “inspiration” to all for not shying away.

“You’re honesty is so inspiring. Adore you and all you do!” one cheered.

Another added: “Everyone is fighting their own battles and we need to continue to be kind, to listen and to remain non judgemental. Thank you for your honesty. We’ve got this.”

“Thank u for sharing Frankie…. it helps to know others are struggling a bit,”(sic) said a third.

Related posts:
'Fried Green Tomatoes' TV Series From NBC and Norman Lear Will Star Reba McEntire
How Old Is Emily Cooper From ‘Emily In Paris’? An Investigation
Popular News
‘Superstore’ Bosses Break Down Bringing COVID-19 Into the Season 6 Story
29/10/2020
Man Utd wonderkid Ramon Calliste, called ‘the next Giggs’, now owns luxury watch business and makes £5m a year – The Sun
26/03/2020
Megan Thee Stallion Addresses Criticism Over Twerking: ‘I Love to Shake My A**’
26/03/2020
Police guard shops to stop coronavirus panic-buyers and enforce social distancing – The Sun
26/03/2020
Coronavirus: Good Morning Britain’s Dr Hilary reveals ‘game-changing’ self-testing kit
26/03/2020
Recent Posts
This website uses cookies to improve your user experience and to provide you with advertisements that are relevant to your interests. By continuing to browse the site you are agreeing to our use of cookies.Ok