Hannah Brown and Tyler Cameron may not be openly discussing their rumored romance, but they aren’t exactly denying their relationship either.

The Bachelorette season 15 couple fueled speculation into their relationship as they argued about washing the sheets on Cameron’s bed more frequently in a new TikTok. In another post on the social media platform, Brown, 25, can be seen lounging on the same bed, prompting fans to think she is sleeping in his room as they self-quarantine together with friends in Florida amid the coronavirus pandemic. In a third TikTok, Cameron, 27, seemingly shades Peter Weber during a pillow fight with Brown. 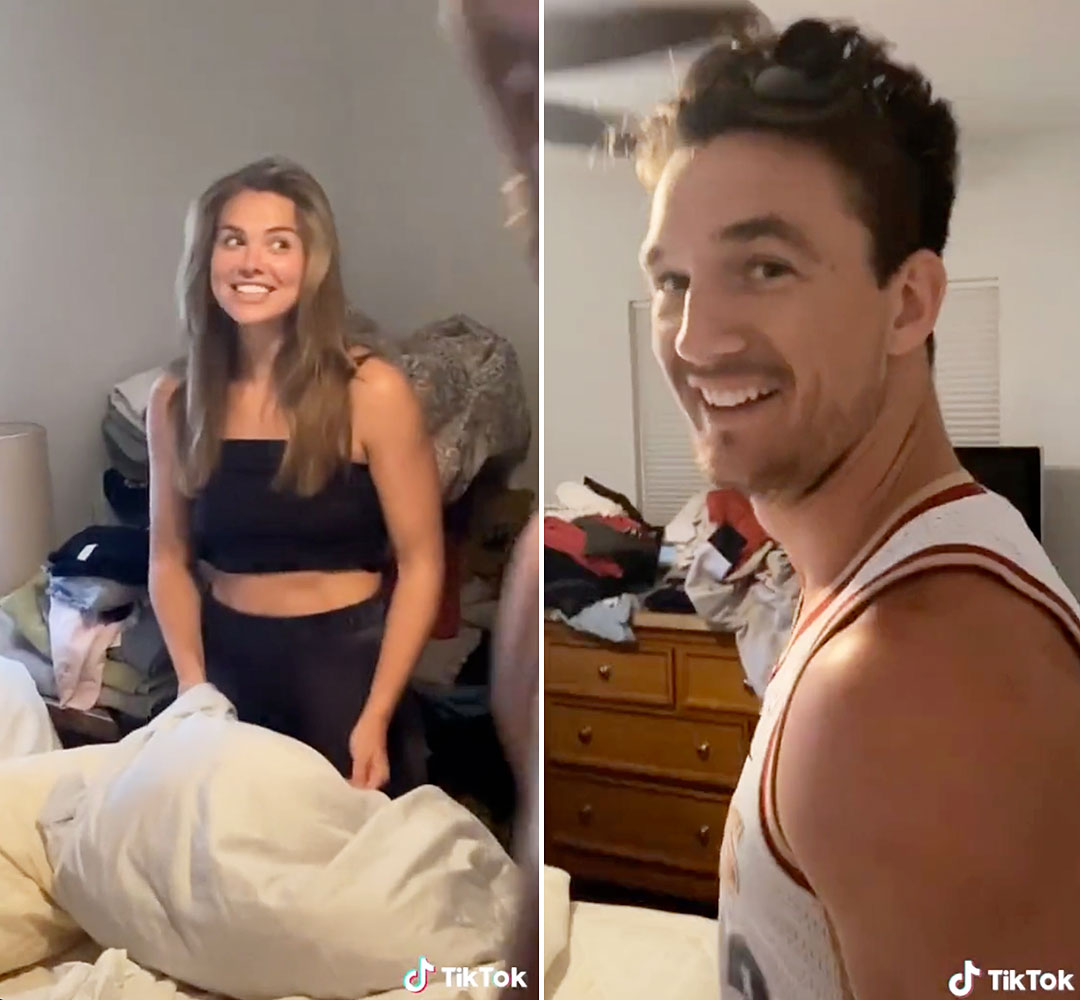 “Better than Pete’s pillow fights,” the general contractor seemingly says while getting playful with the former pageant queen in bed.

Their most recent TikToks come after Cameron dodged questions about their relationship via Instagram Live. During a stream on Friday, March 27, he replied when a fan asked if he was dating Brown.

“Me and Brown Bear are dating, yes, I confirm,” he replied, referring to his friend Jacob Laham’s nickname.

The following day, another user had the same inquiry. This time, Cameron changed the question.

“Are Matt and Hannah dating? Yes,” he quipped, referencing his friend Matt James.

Brown and Cameron first called it quits when she sent him packing during the season 15 finale of The Bachelorette. Days after the episode aired in July 2019, the model was spotted leaving the former Miss Alabama Los Angeles apartment. Brown and Cameron joked about the infamous photos from their August 2019 overnight date during another Instagram Live on Monday, March 30.

The twosome went their separate ways for the second time that month as Cameron moved to New York City and was briefly linked to Gigi Hadid. After months of claiming they were just friends, Brown traveled to Florida to support Cameron after his mother died on February 29. She returned to self-quarantine with Cameron and his friends in his hometown on March 7.

“Tyler and Hannah are very much aware of the attention that’s been on them recently,” a source told Us Weekly earlier this month. “They have a lot of love for each other. It’s been a hectic year for them both and they finally found some time in their schedules to connect.”