Like many of us, Billie Eilish has turned to social media while social distancing amid the coronavirus pandemic. It appears that she’s spending much of her time on Instagram, where she mostly shares and engages with fun and lighthearted posts. But one post she liked has fans up in arms and “canceling” the “Bad Guy” singer. It features a couple of members of the band One Direction and includes a comment that fans say is pretty messed up. 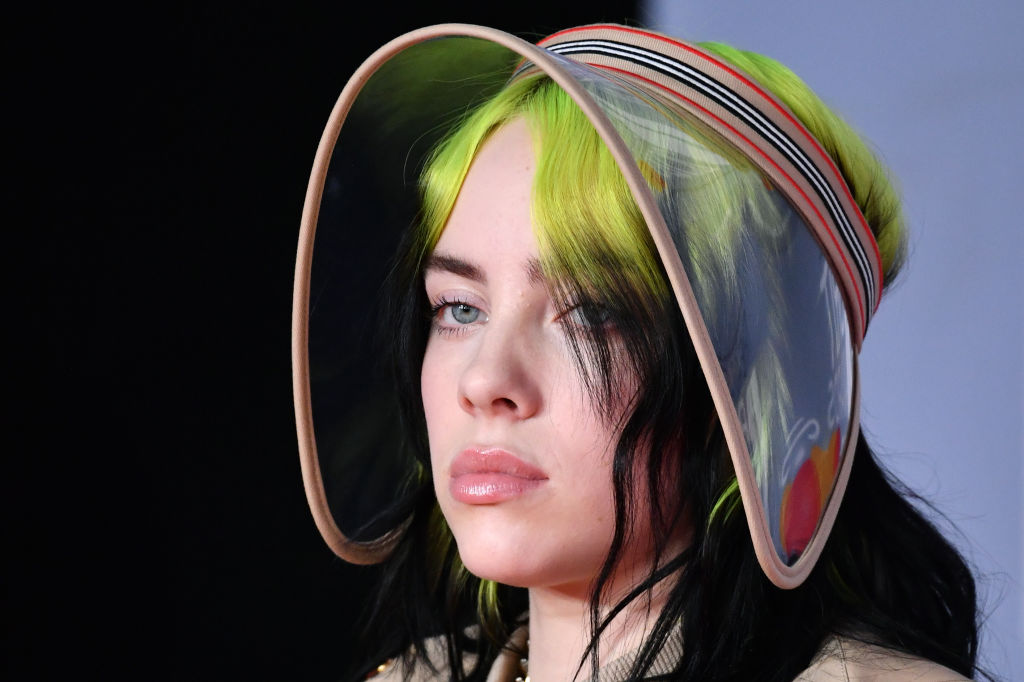 The meme about members of One Direction

According to the pop culture website Pop Crave, Eilish liked a meme on Instagram featuring One Direction members Zayn Malik and Louis Tomlinson. It includes a snapshot taken from the band’s video for “You And I” in which Malik’s face changes into Tomlinson’s along with the caption: “When you move and the Snapchat filter comes off.”

The page that shared the meme has its account set to private, but Pop Crave posted a screenshot to its Twitter page.

Though some people didn’t think the post was a big deal, others thought it was unnecessarily cruel and blasted Eilish on social media for “calling Tomlinson ugly.” On the morning of March 29, Eilish’s name was trending through the hashtag #BillieEilishIsOverParty, with fans declaring that she was “canceled” and done.

thank you for the award @variety 🤎

One person called Eilish “blind” and shared another photo of the “Walls” singer while someone else claimed that Tomlinson was “unbothered” regardless.

Another fan spoke out about how Tomlinson is always the one to get roasted and called out people for giving him “such a hard time.”

“Like he’s so unproblematic and he literally doesn’t do sh*t to anybody,” the tweet said. “Like damn. I love Billie, I’m always a fan of her and her work. But Jesus, this is crazy.”

Others, however, said it wasn’t that serious and wrote that Eilish could never be canceled.

“Not Stan twitter thinking they can cancel the biggest global superstar out right now,” read one tweet.

“they really just hate to see her win, this hashtag is so unnecessary like…” said another tweet.

Someone else wrote: “No hate but Niall, Louis and Liams fans should focus on buying their albums and music rather than trending something on Twitter. In the end none of this will affect Billie. Twitter has no impact.”

We can’t say for sure, but Eilish definitely appears to be unbothered with all of this. While she’s seemingly been online since the drama began, it appears that she’s chosen to ignore it.

This is at least Billie Eilish’s second controversy in 2020

Eilish also came under fire in February for some controversial comments on rap music. She appeared to claim in a Feb. 3 interview with Vogue that rap music is rarely genuine and authentic, prompting widespread and immediate backlash.

“Billie Eilish will win even harder now that she’s taken a colonial approach to hip hop. Would you prefer rap stories be 100% nonfiction so we can produce more dead or incarcerated rapstars? Stfu and stay in your lane,” tweeted activist and artist Ferrari Sheppard.

Someone else called Eilish a “cornball for targeting rap as a genre of lying as if that isn’t applicable to pop or alt rock or country.” They also noted: “People ALWAYS do this to rap music, single it out as the main genre with any given issue they have. Ridiculous.”

Others felt that her comments were more hypocritical, with one person tweeting: “Music is art. Art isn’t always real. Billie Eilish has a song where she says ‘she is the try to seduce your dad type; I am a bad guy.’ Does that mean she was trying to seduce older men while underage? No it’s the lyrics to a song.” The Twitter user went on to ask everyone to excuse the 18-year-old star, saying: “She is still young hence her naivety.”

Eilish didn’t address that criticism, either. So if the past is any indication, you probably shouldn’t hold your breath for any response to this last situation.

guess i got caught in the middle of it