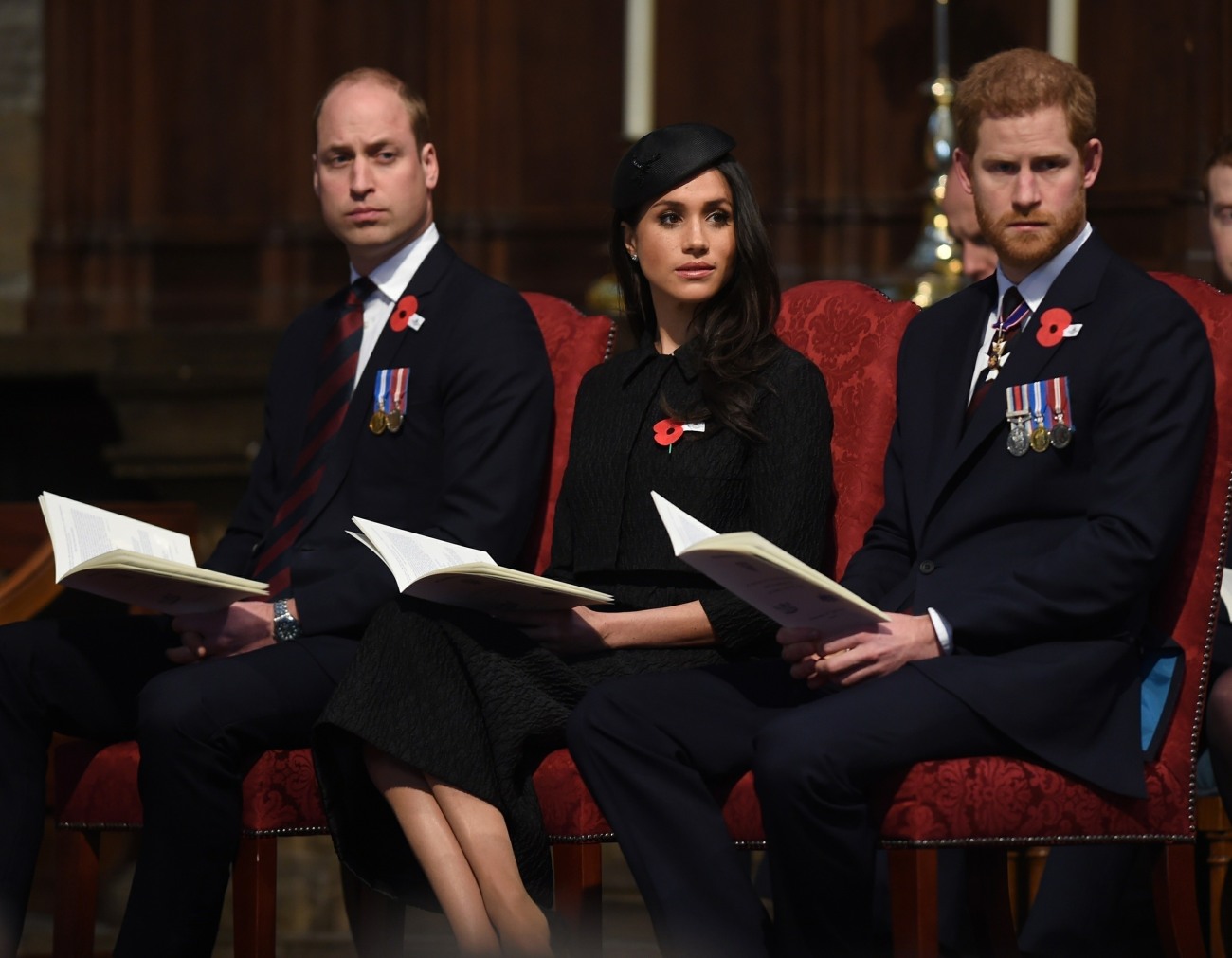 I missed out on covering a Katie Nicholl article in Vanity Fair a week ago. Nicholl obviously wrote it before the Duchess of Sussex’s appearance on the CNN Heroes event, before Meghan’s investment in Clevr Blends became public knowledge, and before the Sussexes’ Spotify deal became public knowledge. The piece read like typical Nicholl-fantasy, the fantasy being that she has some kind of insider knowledge of what the Sussexes are up to. Nicholl claimed that while Harry has had bouts of homesickness, he’s happy in California and he feels like he and Meghan have a true partnership, especially after their “rollercoaster year.” I bring this up because I think Nicholl sold some quotes to Entertainment Tonight for their new piece about how H&M will spend the holidays.

The royal family is keeping in touch the way most of us are this holiday season! With new restrictions in the United Kingdom and Prince Harry and Meghan Markle living in their Montecito, California, home, ET has learned that the royals will be conducting Zoom calls to check in with one another.

“The family is planning Zoom calls and games online because they can’t all spend Christmas at Sandringham together like they normally do,” a source tells ET. It was previously announced that Queen Elizabeth II and Prince Philip will be breaking from tradition and spending the holidays at Windsor Castle.

“Everyone is on better terms and have been for quite some time,” the source says of the family. “The relationship has improved and COVID has brought everyone closer together.” Both Prince Charles and Prince William contracted the coronavirus this year, and the source shares that the health struggles helped reconnect Prince Harry with his family after he and Meghan stepped down as senior royals in March. “Harry was very concerned for his brother and father when they both contracted the disease,” the source explains. “While there have been disagreements, like there are in every family, the brotherly bond remains intact despite tabloid reports.”

Instead, they will have a low-key Christmas in California. “The couple will be spending Christmas at home in California quietly with Archie and Doria [Ragland] joining them,” the source said of the couple’s holiday plans with their 1-year-old son and Meghan’s mother. “Meghan, who is an accomplished cook, will be preparing some of their favorite dishes with Harry and Doria pitching in.”

“While there have been disagreements, like there are in every family, the brotherly bond remains intact despite tabloid reports.” Bullsh-t. Now, granted, I doubt William is incandescent with rage at Harry constantly these days, like William used to be. But to be sure, the brothers’ relationship seems irreparably damaged. And I feel like that’s okay? Sometimes things just need to BE damaged and everyone needs some space and time to process and heal. But yeah, the rest of the quotes are just Nicholl-esque. Meghan’s cooking! They’ll Zoom with the Windsors! They’ll play games! I seriously doubt that the Queen and Philip are going to play Zoom Pictionary with Archie and Harry on Christmas Day. 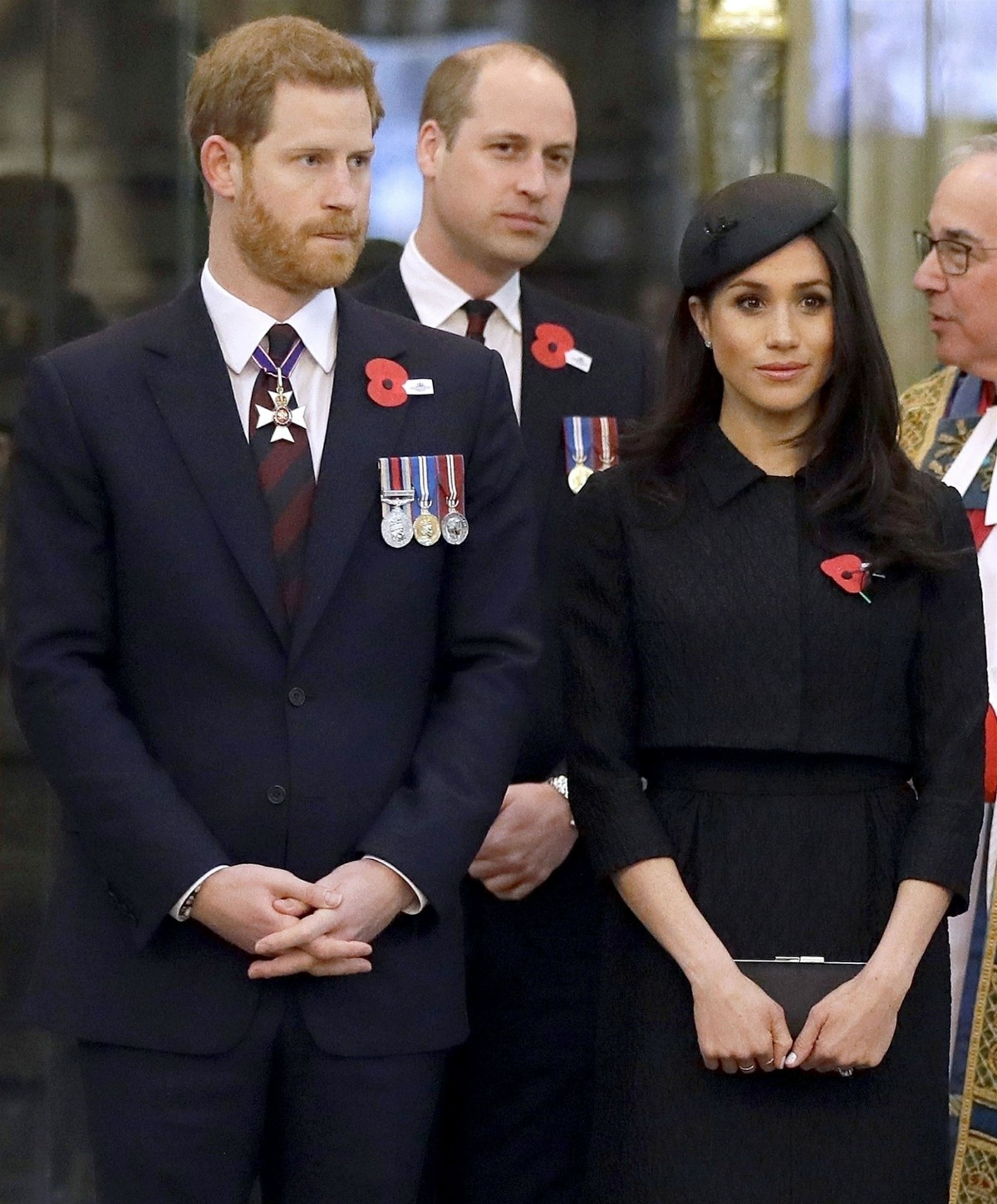 Related posts:
Majority of Americans admit to weight gain during coronavirus pandemic, plan to shed pounds in 2021
The Voidz Perform Glitched-Out 'Alien Crime Lord' in a Nineties Garage on 'Fallon'
Popular News
DaniLeigh on Backlash Surrounding 'Yellow Bone' Song: 'Only God Can Cancel Me'
24/01/2021
Man Utd wonderkid Ramon Calliste, called ‘the next Giggs’, now owns luxury watch business and makes £5m a year – The Sun
26/03/2020
Megan Thee Stallion Addresses Criticism Over Twerking: ‘I Love to Shake My A**’
26/03/2020
Police guard shops to stop coronavirus panic-buyers and enforce social distancing – The Sun
26/03/2020
Coronavirus: Good Morning Britain’s Dr Hilary reveals ‘game-changing’ self-testing kit
26/03/2020
Recent Posts
This website uses cookies to improve your user experience and to provide you with advertisements that are relevant to your interests. By continuing to browse the site you are agreeing to our use of cookies.Ok